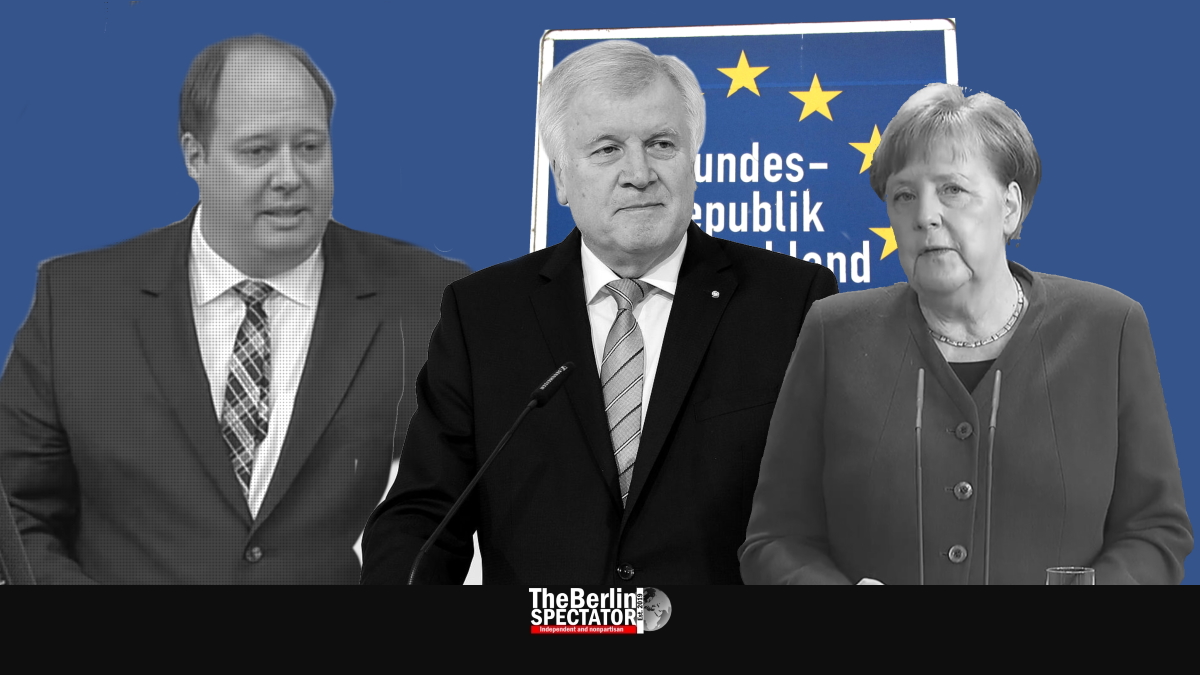 Germany is still arguing about the restrictions implemented to slow down the spread of the dangerous and deadly Coronavirus. Now even courts are fighting the measures. The government is not happy.

For the German government, Chancellery Minister Helge Braun just criticized courts in different parts of the country for annulling some anti-Corona measures. In an interview with the ‘Welt am Sonntag’ weekly, Braun said they created “a challenge” by cancelling or modifying individual measures.

The government needed to weigh aspects during this phase of easing some of the Corona rules. “There cannot always be absolute equality for all societal areas because we take a step-by-step approach”, Braun told the newspaper. He was referring to court decisions taken in the past days. The equality aspect was mentioned in some of them.

In the Bavarian town of Ansbach, the Administrative Court just rejected a lawsuit by a man who had wanted an immediate lifting of the Corona restrictions. But in its reasoning it commented on the “good reason” people need to leave their homes, according to the Corona rules, saying pretty much everything could be such a reason.

In effect, this means all residents of Ansbach can leave their homes for almost any reason, meaning there is no confinement anymore. Everything was a solid reason, as long as it was not specifically banned, the court said.

Before, the Constitutional Court in Germany’s Saarland province had removed some of the anti-Corona measures put in place by the federal state in cooperation with the government in Berlin. This court said the state was not allowed to narrow peoples’ basic rights. While the verdict does not affect residents in other federal states, but it might be used as a precedent.

Several German court decisions of the past days dealt with the government’s rule according to which stores with a size of up to 800 square meters (8,611 square feet) may open, while larger ones may not. That rule was already “interpreted” in several federal states where large department stores and other businesses may open 800 square meters (8,611 square feet) of their premises.

In Hamburg, a court threw the rule overboard. In Berlin, on the other hand, a court said the rule was legally sound. Other courts, in North Rhine-Westphalia, Saxony and elsewhere, are getting ready to rule on this matter too, while more and more large stores open, for instance in Berlin.

On Saturday, Angela Merkel called on the international community to come together in order to do research and develop a medication and a vaccination against the Coronavirus as well as the disease it causes. An estimated 8 billion Euro (8.9 billion Dollars or 7.1 Pounds) were needed for this purpose, Merkel said in her weekly podcast.

Germany will take part in a donors conference organized by E.U. Commission President Ursula von der Leyen tomorrow. Chancellor Merkel announced the country would contribute “a distinct amount”, but failed to say how much exactly.

“We know the pandemic is damaging our economic, social and societal life”, Angela Merkel stated. “That is why we have to focus on containing this virus at full speed, defeating it and developing a vaccine.” This was the most important task. Millions of lives needed to be saved.

Merkel stressed Germany would make sure the vaccine would benefit all people once it had been developed. The same applied to medication and diagnose kits that were needed.

In the meantime, the discussion about the upcoming summer vacations is still in full swing all over Germany. Interior Minister Horst Seehofer made clear the Germans would have to restrain themselves this year. He said it was understandable people and the tourism business wanted international travel to be possible. While nobody intended to restrict people more than necessary, reckless openings of borders that could lead to higher contagion numbers would not help anyone, Seehofer stressed.

That way he reacted to a proposal from Austria, where Chancellor Sebastian Kurz had said an opening of the border to Germany was possible. Austria is hoping for German tourists in summer. In seven weeks from now, the first federal state in Germany, namely Mecklenburg Hither-Pomerania, will be on summer vacation. More will follow week by week.

No Rush Job at Borders

Foreign Minister Heiko Maas rejected any rush job on opening borders as well. “In summer, we cannot retrieve a quarter of a million people from their vacations again”, he said in an interview with ‘Funke Mediengruppe’. Maas was referring to a big pick-up endeavor the federal republic just completed. In order to retrieve stranded German tourists from around the world, Berlin had organized countless flights for tens of millions of Euro.

This morning, 164,967 Coronavirus cases were registered in Germany. So far, 6,812 related deaths were reported. At least 130,600 former infected persons are cured.