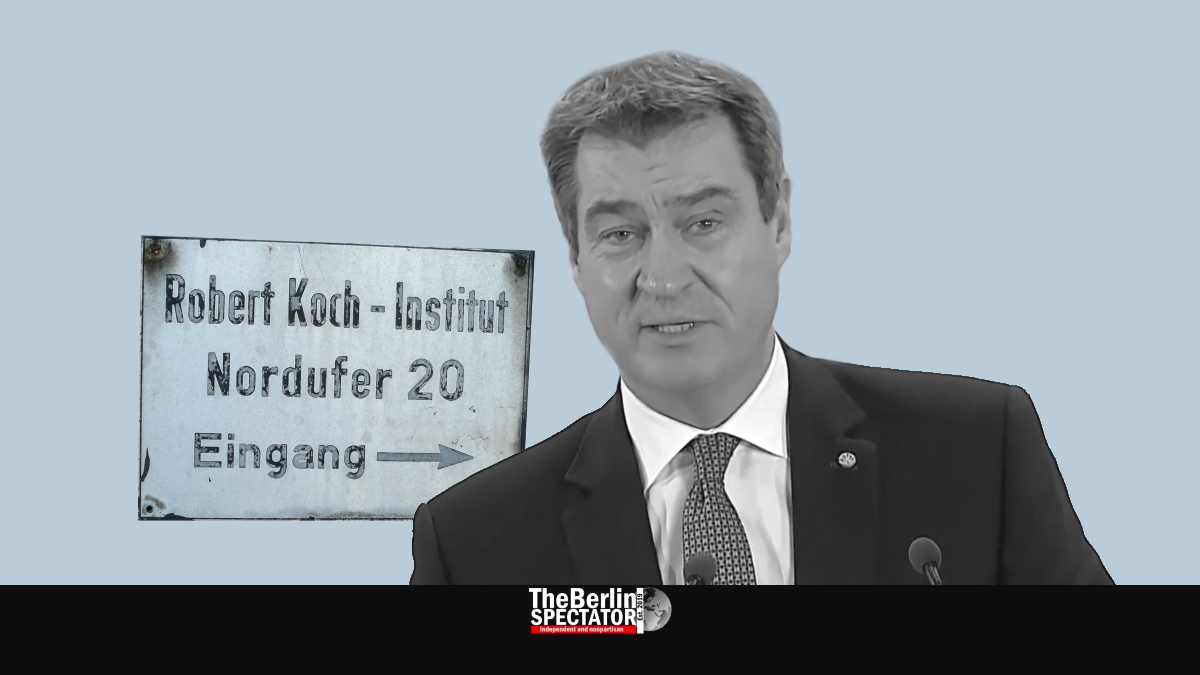 On Wednesday, Chancellor Angela Merkel and the First Ministers from Germany’s federal states will be discussing the Corona rules yet again. The country is split between those who want to be careful and those who insist it is time for more normality.

Ninety-eight days after the first Corona infection in Germany was confirmed, the country stands at a total of 165,664 cases, while at least 130,600 persons who used to be infected are cured. There have been 6,866 related deaths. At this stage, there are less than 1,000 new infections per day.

This weekend, the Bavarian First Minister Markus Söder said in an interview with the ARD television and radio network, the Robert Koch Institute (RKI), a government agency and research institute responsible for disease control and prevention, needed to provide “reliable numbers”.

Söder said he wanted a “set of numbers” that would show politicians whether it was responsible or irresponsible to take certain decisions. Three days before the next online meeting between Chancellor Angela Merkel and all First Ministers was scheduled, the entire country is wondering what direction things will take.

On the one hand, the numbers available are encouraging, at least sort of. Experts say that individual Coronavirus cases are even traceable as long as there are less than 1,000 new infections per day. On the other hand, the danger has not been banned. A second Coronavirus wave could be dangerous.

Those in Germany who insist on easing several more restrictions are being accused of risking the health and lives of people. More cautious politicians are being made responsible for damage inflicted to the economy because of allegedly exaggerated Corona rules. The federal government says it is considering everything, but does not want to risk a deterioration of the situation.

Vice Chancellor Olaf Scholz said in a television talk show, other European countries had imposed much stricter rules on their people. For instance, Germany had never closed down its industry. Besides, people had always been allowed to go outside.

Scholz promised the government in Berlin was constantly thinking about the question which Corona rules could be eased. He conceded the food service industry and Germany’s cultural community needed perspectives. The same applied to families with children who could not go to their kindergartens or schools.

One of Germany’s sixteen federal states, namely Saxony-Anhalt, is partially lifting the contact ban. Starting today, up to five people who are not part of the same household may meet. In the rest of Germany, each person may meet only one individual from a different household.

Saxony-Anhalt’s First Minister Reiner Haseloff is already under fire for taking this kind of decision without synchronizing it with the rest of Germany. Berlin’s Governing Mayor Michael Müller said the Coronavirus did not stop at borders between federal states.

Many restrictions and bans were already lifted in the entire country. Most shops are allowed to open. From today, this applies to hairdressers too, in spite of the fact that they are usually very close to their customers. Their work is now connected to strict rules. Whether more bans will be lifted on May 6th is hard to predict.

Germany’s soccer fans and clubs are among those who are hoping to be back in the stadiums and on the playing fields all over the federal republic. While the fans miss the action, the clubs do not want to lose even more income generated through the sale of broadcasting rights. The thought of ghost matches without audiences on site is not too popular in Germany’s rather large soccer community.

On the other hand, there are strong critics who say not having soccer matches for a while was the least of the problems the country had. It was irresponsible to even consider allowing soccer matches during which players and spectators could infect each other with Corona.

Governments, including the German one, foundations and pharmaceutical companies will take part in a donor conference today. In the past days, Angela Merkel and other heads of government have asked for support for the endeavor several times.

Their goal is to collect 7.5 billion Euro (8.3 billion U.S. Dollars or 6.7 billion Pounds Sterling) for research that is supposed to lead to the development of a medication against COVID-19 and a vaccine against the Coronavirus that causes the disease.