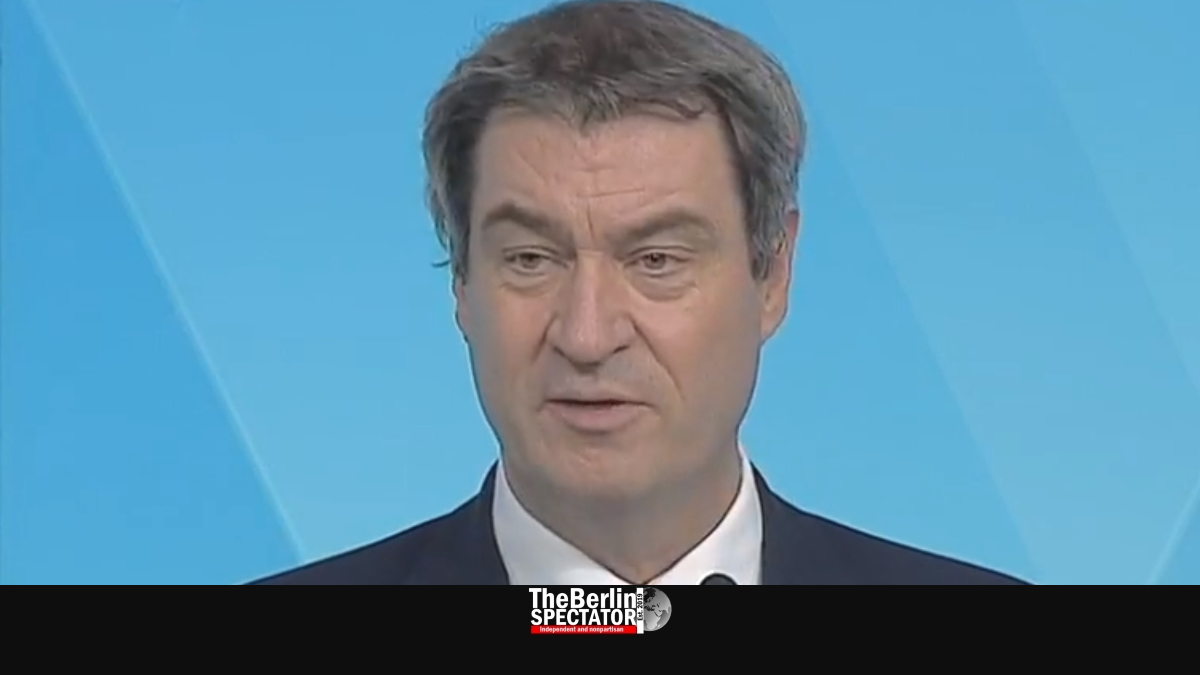 After weeks of bans and restrictions, Bavaria is opening up step by step. In Munich, First Minister Markus Söder just introduced his plans and said they could be a blueprint for the rest of Germany.

During a press conference in Munich, Markus Söder stressed Bavaria was not acting as quickly as other federal states in Germany, but cautiously and step by step. On the other hand he covered more aspects than any other First Minister. The concept had been discussed with Chancellor Angela Merkel and with the neighboring federal state of Baden-Württemberg, Söder told the press.

Beginning of the End of Restrictions

What he announced sounded like the beginning of the end for most Corona restrictions that have been in place for six weeks. He said this was the right moment because successes in the fight against the spread of the Coronavirus were visible now. For instance, Bavaria had halved its number of infected persons last week.

Starting tomorrow, on May 6th, 2020, people in Bavaria may leave their homes for whatever reason. The contact restrictions remain in place though, meaning any individual may meet with up to one person who lives in a different household.

Because families were important, his government had wanted to help them, Söder stated. Visits in homes for the elderly will be possible starting this coming weekend. Strict rules apply. For instance masks have to be worn, wherever possible those visits are supposed to take place outdoors, and the number of visitors will be limited.

On Wednesday, all playgrounds in Bavaria will reopen. Before the Christian Pentecost holiday is being observed at the end of the month, kindergartens will partially open. Preschoolers are allowed to return on May 25th. In urgent cases, other children will be cared for too.

What schools are concerned, Söder said this was not a normal school year, but not a lost one either. According to his plan, students do not have to wear masks in class, but on the schoolyards, in corridors and bathrooms they do. The upcoming vacations will not be shortened in Bavaria, in spite of a national discussion of this kind.

Markus Söder said the reopening of shops a few days ago had worked well, also because people were adhering to the mask rule. He announced, the 800 square meter limit for shops would be dropped on Monday, May 11th. Malls and department stores are allowed to reopen then as well. But the number of customers who may enter shops at the same time will be limited, as it is now.

Restaurants to be Back in Business

On Monday, zoos, museums and memorial sites in Bavaria will be allowed to reopen too, under certain conditions. And certain kinds of sports are legal again. From Monday, people can play tennis or golf again. Riding classes are fine too, even indoors, since they do not require being too close to other people.

The food service industry in Bavaria is back in business, at least in part. From May 18th, restaurants may service customers sitting at outdoor tables. But they have to close by 8 p.m.. Starting on May 25th, restaurants have the permission open indoors as well. Again, strict rules apply.

Every second table may be serviced, there needs to be a lot of distance and special zones for families. No masks need to be worn at the tables, but at all other locations. Chefs and waiters need to wear them at all times. The cutlery needs to be disinfected.

Bavaria is even allowing tourism again, from May 30th. Hotels may reopen. Söder said it was still unclear when the borders would be opened. But Bavaria did provide many opportunities for vacations. Söder said there was still a risk. People needed to act responsibly.

On Monday, Mecklenburg Hither-Pomerania had announced it would allow German tourists to visit its Baltic Sea beaches in summer. Lower Saxony introduced a step-by-step plan to reopen restaurants. Strict rules will apply, including a compulsory reservation and distance between customers.

Other federal states, namely Saxony and Thuringia, announced similar steps for the food service industry. But they now look pale in comparison, because none of their concepts goes as far as Söder just did in Bavaria.

On Wednesday, Chancellor Angela Merkel and the First Ministers of all sixteen federal states will discuss the Corona rules again. The outcome might be similar to what Markus Söder, who is one of Merkel’s possible successors, just announced for Bavaria.

Berlin’s Tempelhof Airport: Skaters and Cyclists on the Runway