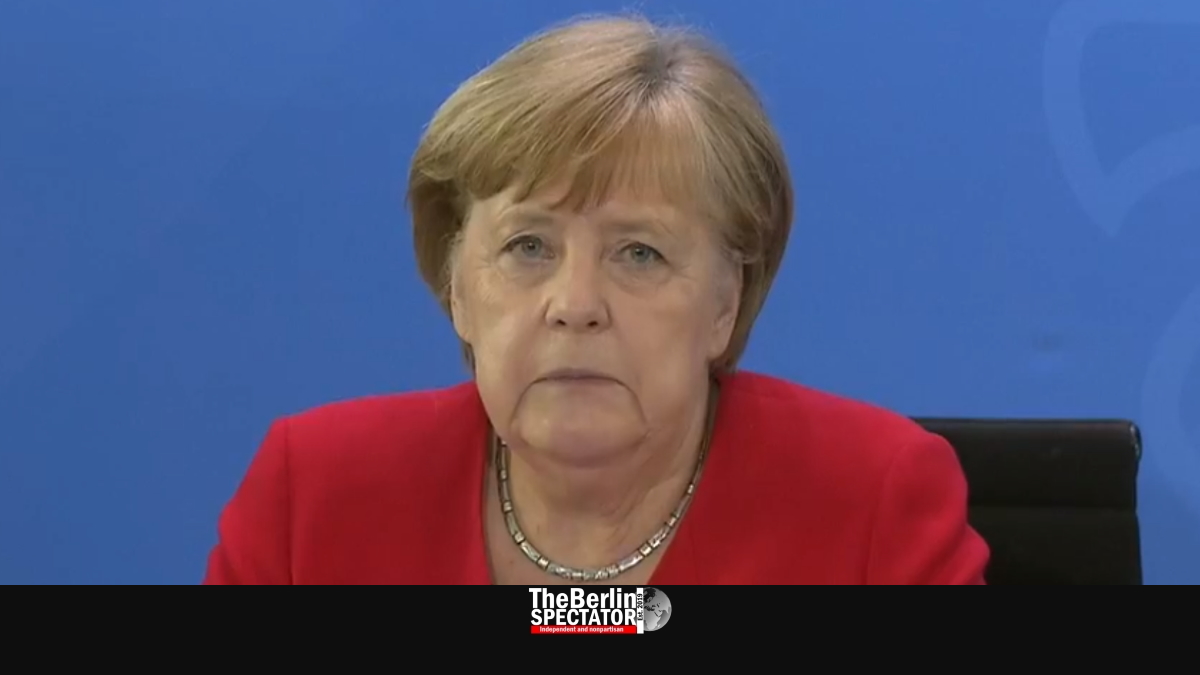 Chancellor Angela Merkel and the First Ministers from Germany’s federal states have defined the way the country intends to return to some kind of normality. After six and a half weeks of restrictions, the changes benefit many, including the food service industry.

Legally, Germany’s federal states were always responsible for big decisions, including Corona rules. So far, Chancellor Merkel and the First Ministers, or ‘Ministerpräsidenten’, which is their official German title, synchronized the most important rules in order to avoid a chaos. From now on, in an improved situation what Corona is concerned, the provinces and city states intend to decide on their own again.

But there are ground rules the states agreed to with Angela Merkel. Some of them were known beforehand.

From the start, Angela Merkel had insisted on a limit regarding the number of Corona infections. In case more than 50 individuals per 100,000 inhabitants get infected in a county or town within a week, new restrictions will apply in that region.

Merkel said in Berlin, two things had been very important to her. Those had included a return to kindergartens for smaller children. “We all know children want to return to a normal life”, she said.

Elderly people, including those in homes for the elderly, were also entitled to have a social life, Mrs. Merkel said. Therefore the new rule according to which they can now have a “reference person” was an important matter to her personally as well.

Bavaria’s First Minister Markus Söder, who was in Berlin with the Chancellor and Hamburg’s First Mayor Peter Tschentscher, said a good compromise had been reached. He stressed there was a need to improve the pay for caretakers and nurses after the crisis. Söder stated he knew some decisions, including the one about soccer, were controversial.

First Mayor Tschentscher said big successes in the fight against the Corona pandemic had been reached. In Hamburg, new infections had decreased “to a low two-digit number per day”. The federal states were taking big responsibilities now. “I hope they will handle those well”, Tschentscher stated. In the coming weeks, more decisions would have to be taken.

A Hundred Days of Corona in Germany

Exactly 100 days ago, on January 27th, 2020, the first Coronavirus case in Germany was confirmed. The patient was a man from Bavaria. He was infected during a workshop with a Chinese colleague from Shanghai who did not know she was carrying the virus.

On March 23rd, or 44 days ago, the contact ban kicked in. People were not allowed to leave their homes without good reasons, including shopping for food or medication, walking a dog, training outdoors or taking a walk alone or with their families. At that moment, there were already more than 29,000 confirmed Coronavirus cases in Germany. Now there are 167,000.