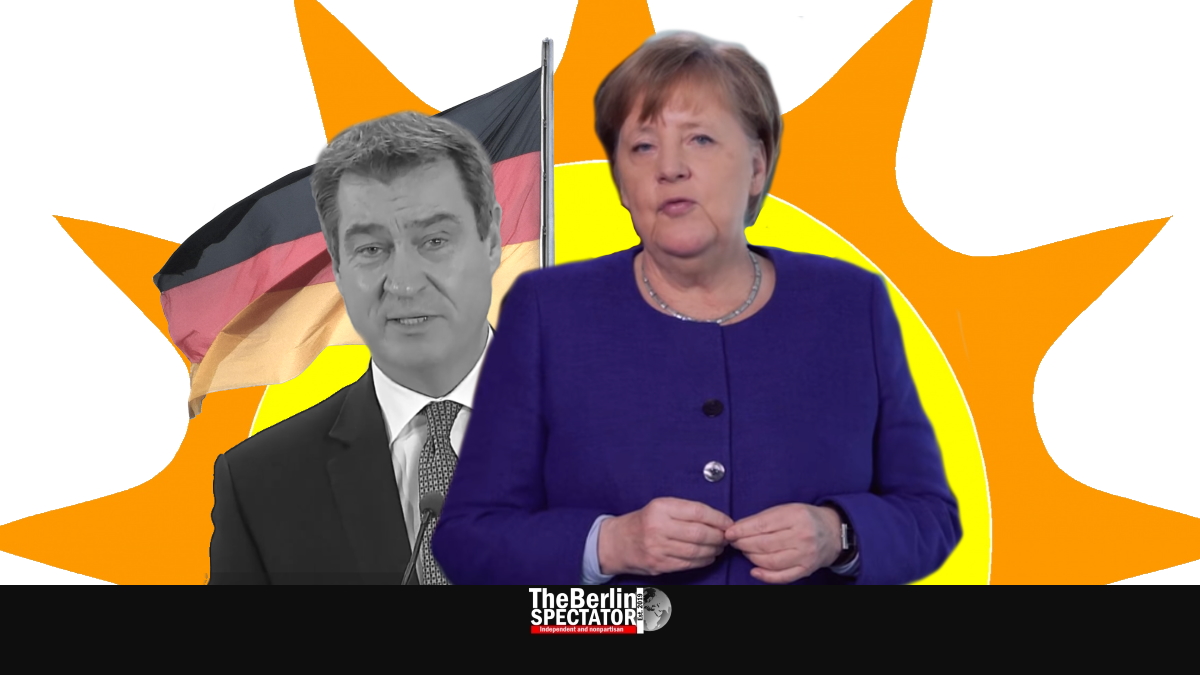 In an almost sensational development, Germany is about to lift bans and ease restrictions, seven weeks after they were put in place because of the Coronavirus. In Berlin, this is a day of decisions.

Germany’s Chancellor Angela Merkel and the First Ministers are scheduled to hold their regular online conference later today. But several decisions have already been taken. Some federal states, including Lower Saxony and Bavaria, have already announced big steps towards normality. Those, or similar ones, will apply to the entire country.

Opening playgrounds will be allowed again. Hairdressers may open their businesses. Museums, libraries, galleries, zoos and botanical gardens are already open in some places, and they will be everywhere. The details about this big round of easing restrictions will most likely vary, depending on the federal state.

According to a draft resolution for today’s meeting that was leaked to the press, shops, restaurants, kindergartens and schools will open soon as well. German-language media reported, Chancellor Merkel had insisted on including a limit regarding the number of infected persons per 100,000 inhabitants. In case it exceeds 50, restrictions will be added again, on a regional basis.

All schoolkids are supposed to return to school under certain conditions. Since the summer vacations are coming up, they will be there for a few weeks only. The federal states decide how exactly they organize the return to school. Keeping a distance at schools is obviously difficult.

For his state of Bavaria, First Minister Markus Söder had announced a return to school on Tuesday. He had said masks in class were not compulsory, but on schoolyards and in other areas on the premises they would be. Other states might follow this example or come up with their own plans.

Kindergartens will open as well. For now, there will be an “extended emergency care” for children whose parents cannot cope with caring for them at home every day because of their work. Later this month, more children will return to their kindergartens. In Bavaria, preschoolers have a high priority.

All shops, including malls and department stores will be back in business. Until now, a 800 square meters (8,611 square feet) rule applied, meaning retail businesses were not allowed to use more space in their stores. In some federal state, larger businesses were not even allowed to open. This rule will be scrapped. But hygiene rules apply and the number of customers who are in a shop will be limited.

Twenty square meters (215 square feet) per customer is the kind of space businesses will have to provide. Additional customers will have to wait in line. This practice is already being followed in Berlin and other German regions.

The food service industry has been affected by the Corona crisis badly. Until now, restaurants and cafés were only allowed to sell takeout food only. Many did not even bother to open at all, also because they need guests to order beverages too in order to make profit. There is finally good news for them.

No Masks at Tables

Now the sixteen federal states are supposed to decide how they intend to reopen restaurants. Again, some might follow Bavaria’s example. First Minister Söder had announced that serving guests sitting at outdoor tables would be allowed from May 18th. A week later, they may also open indoors.

In Bavaria, up to half the tables available will be used and other strict rules are supposed to apply. For instance, masks generally have to be worn. Once the guests sit at the table they can take them off. Chefs and waiters have to wear masks at all times. Other states might adapt this model or develop their own.

Even Germany’s many soccer fans have reason for optimism. At some point later this month, televised ‘ghost matches’ without audiences will be allowed, according to the draft resolution. Soccer teams might have go into some kind of quarantine for two weeks once they get together again. This measure might be included in training camp stays.

Germans and other residents of Germany will not only have the opportunity to follow sports on their screens, but to become active themselves too. “Contact free” sports such as tennis or golf will most likely be allowed again later in May.

There are many areas the federal states are supposed to deal with themselves, including the reopening of community colleges, music schools, hotels, bed & breakfast places, holiday apartments, massage parlors and similar businesses.

Many restrictions will be lifted. But Chancellor Angela Merkel and the First Ministers will make one thing crystal clear: The Corona crisis is not over. The distance rules still apply. So do contact restrictions. Gathering in groups will not be legal yet in most parts. Neither will the authorities allow any big events before September.

What an opening of Germany’s borders to its nine neighbors is concerned, talks are ongoing. Interior Minister Horst Seehofer is already in touch with First Ministers and the Interior Ministers of the federal states that do have international borders.