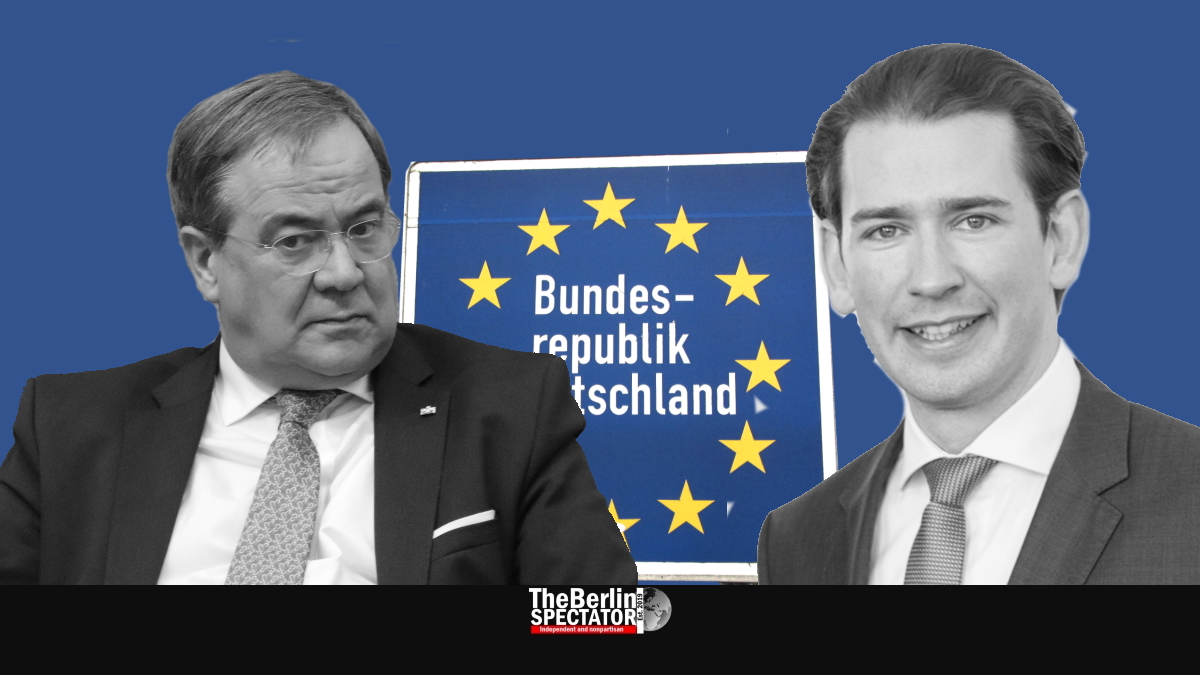 Now that Germany managed to do comparatively well during the first large Corona wave, restrictions were eased and bans lifted. But hardly anything has changed at Germany’s borders.

Germany has borders to nine neighboring states. They are Denmark, the Netherlands, Belgium, Luxembourg, France, Switzerland, Austria, Czechia and Poland. Many border crossings are closed. Others are being guarded. The situation is not compatible with the European idea of open borders.

Even though public life is returning in many European countries, hardly any government is taking steps to reopen those borders right now. As it turns out, Europe is not only protecting its member states and countries abroad by confining people to their countries along with possible virus infections, but it is also hurting itself economically.

Citizens of European Union member states, and holders of residence permits, can always return to their country, or the country they live in. But they need to go into quarantine for two weeks and most people will not be able to get out anymore once they are in. There are exceptions for commuters, but things are difficult for many of them too.

The Time for Decisions is Now

Since the peak of the first big Coronavirus wave, nothing has changed at Germany’s borders: None of them may be crossed for vacations or day trips. Whoever does cross needs a ‘solid reason’. Wanting to eat cheese fondue in Zurich, or feeling like sunbathing at the beaches around Narbonne is not good enough.

Officially, Germany had prolonged its border controls until May 15th, 2020, which is next Friday. This means the time for decisions is now. Federal states that have international borders and the Interior Ministry in Berlin have a say here.

The status quo at Germany’s borders:

In all cases, a ‘sound reason’ is required in order to pass. E.g. people who live in one country and work in the other may cross, but even they might run into trouble. Many border crossings are closed completely.

The Interior Ministry in Berlin has released a list of border crossings that are open (pdf file). By ‘open’ they mean people may cross as long as they have a ‘sound reason’. Apparently the entire border issue is about different definitions of ‘open’.

Now high-ranking politicians in Germany are starting to demand a reopening. “We urgently need to open the border to France”, Armin Laschet, the First Minister of North Rhine-Westphalia, is being quoted saying in today’s edition of the ‘Stuttgarter Zeitung’ daily.

According to Laschet, this would be a good moment because France is ending its lockdown on Monday. He said opening the border would show the French neighbors that Germany wanted a mutual European approach regarding the fight against the Corona pandemic. Laschet even said there needed to be talks with Austria, even though his federal state does not share borders with that country.

He is not the only one in Germany or Europe who insists on reopening borders. The former President of the European Commission, Jean-Claude Juncker, was quoted in German-language media today. He said the European Single Market needed open borders. Europe had to refrain from “playing the strict border guard”, Juncker said.

On both sides of the German-Polish border, residents even staged protests against the quarantine rules for medical staff on the German side. They also demanded the opening of more border crossings.

But, at this stage, Austria’s Chancellor Sebastian Kurz seems to be the only head of government who is ready to open borders. He wants to do it “as soon as Germany is ready to go ahead.” Kurz said he expected the Austrian-German border to reopen before the summer.