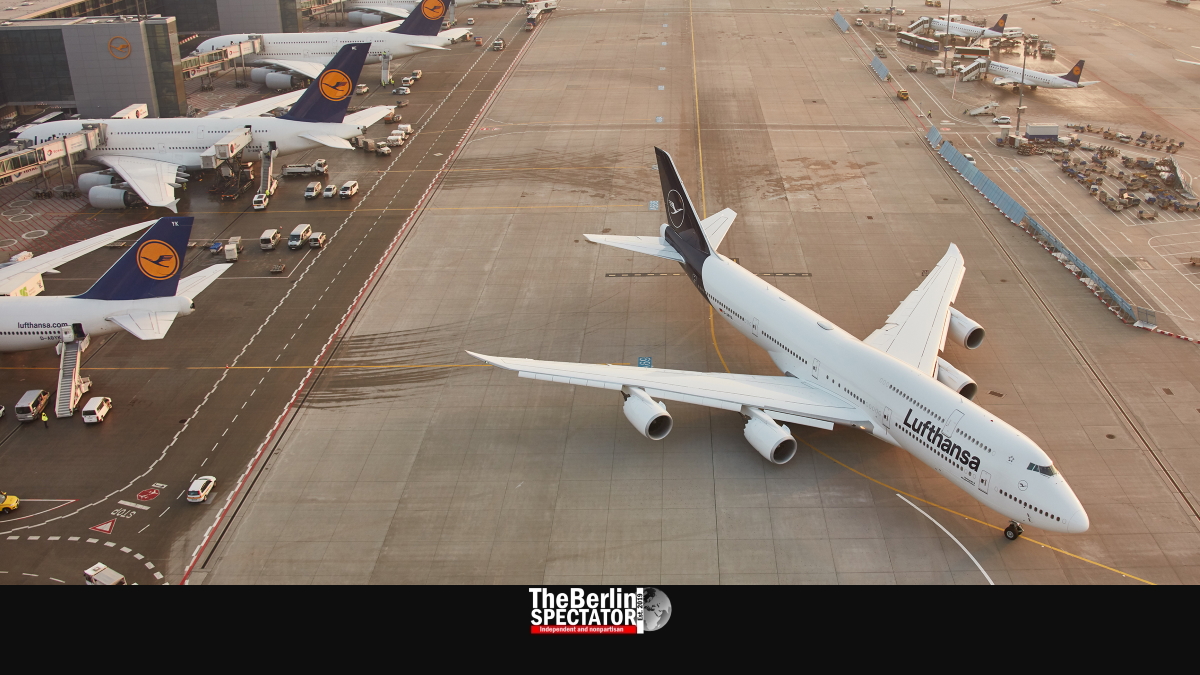 Lufthansa intends to throttle up part of its fleet again, after an expensive Corona break the German flag carrier was forced to take. At this stage, there are only 30 flight destinations.

The airports in Frankfurt and Munich are the most expensive parking lots on Earth. As many as fourteen Airbus A380s are standing on those tarmacs. Those airplanes worth hundreds of millions of Euro were not built to be parked.

A Million Per Hour

Once most flights were halted in March, Lufthansa started losing 1 million Euro (1.1 million U.S. Dollars or 880,000 Pounds Sterling) per hour. The giant airline applied for funds from the state immediately. It scrapped its Germanwings brand and announced it would get rid of aircraft. Layoffs were part of the plan as well.

Lufthansa’s talks with the Berlin government are ongoing. The airline giant wants 9 billion Euro (9.87 billion Dollars or almost 8 billion Pounds) and the Federal Republic might even become a shareholder. Decades ago, until 1963, the state owned the airline. In 1997, it was privatized entirely.

When the Corona restrictions were put in place in March, Lufthansa scrapped 95 percent of its flights, and even more later. Part of the freight business continued. Also the Foreign Ministry in Berlin chartered some jets in order to pick up stranded German tourists from exotic locations around the world.

But most of the business collapsed, not only for Lufthansa. Passenger air travel is now at 1 percent of what it used to be, meaning for every passenger flight that takes off today, 99 more used to fly people around the world. Lufthansa consists of many brands, including Swiss, Austrian Airlines, Brussels Airlines and Eurowings.

Now the company says it felt people wanted to travel again. Countries were easing their Corona rules. So it was time to start flying. But this does not mean things will be the way they used to until February. Lufthansa now wants to power up 80 of a total of 700 parked aircraft and fly passengers to 106 destinations including Sylt, Rostock, Crete and Mallorca.

More destinations will be announced this coming week. By June 1st, 2020, 160 planes will supposedly be flying. This would still be only a small fraction of the aircraft they have. Whether Lufthansa’s idea of getting back into business is overly optimistic or not remains to be seen.

Passengers on Lufthansa flights will have to expect delays during security checks and boarding. Also they will need to wear masks during the entire flight. According to the airline, the beverages and snacks service will be limited. They intend to serve water instead of tomato juice.

There is one question Lufthansa has not answered yet: How are the airline’s passengers supposed to drink their mineral water with their masks on?