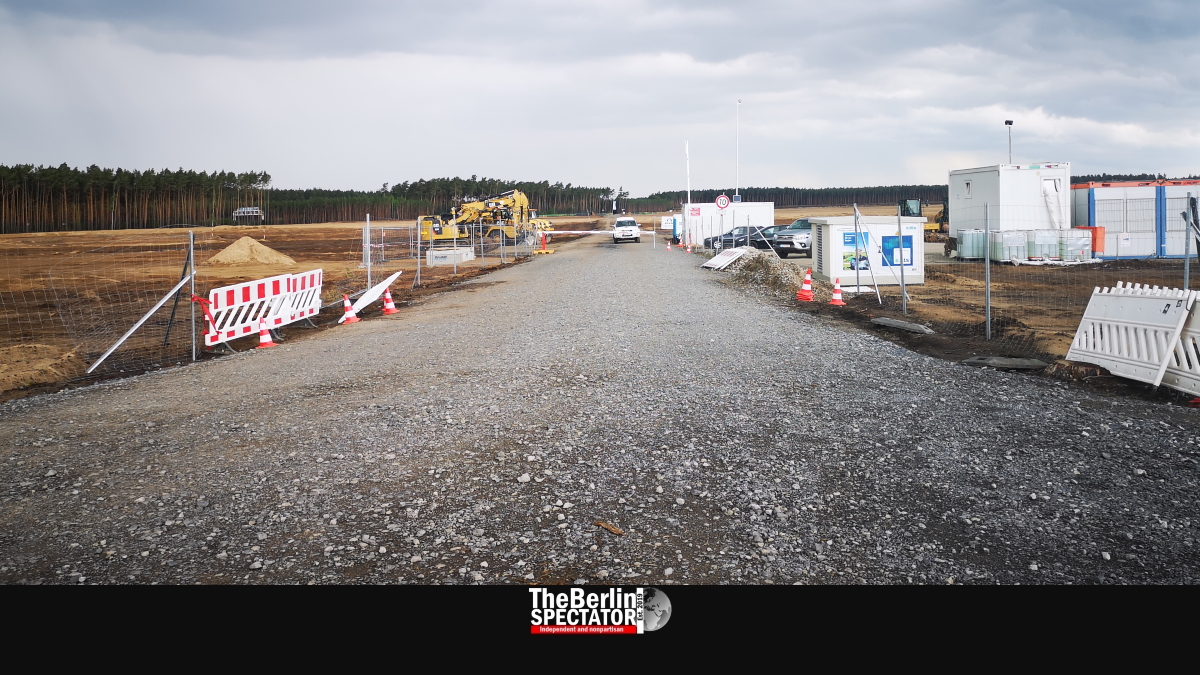 In spite of Corona, Tesla intends to start manufacturing electric cars at its new ‘Gigafactory’ in Brandenburg next year. One tiny issue has to be resolved: There is no factory yet.

The Californian electric car maker Tesla may have been slowed down substantially by the Corona crisis, just like most other companies in the world. In March it needed to suspend operations at its factory in Fremont. But that does not seem to stop Tesla from hitting the kick-down in Brandenburg.

In spite of the global Corona crisis, the plan still stands. In the summer of 2021, the first Tesla cars with the ‘Made in Germany’ label will supposedly roll off the assembly line. This means the Americans will have to consider hurrying up a little.

At this stage, there are empty premises at Freienbrink industrial park. A few weeks ago, a plantation with thousands of small trees was removed while residents staged protests against the planned factory. Now there is a huge, fenced in area. It is unclear what exactly the five guards at its only entrance are guarding. Whenever a vehicle pulls up, they run to the driveway as if their life depended on defending a few acres of nothing.

Earlier this week, Brandenburg’s Commerce Minister Jörg Steinbach said there had been a clear statement by Tesla’s European boss according to which the first cars were supposed to be manufactured in 2021. During a session of the economic committee at Brandenburg’ state parliament in Potsdam, Steinbach stated there were no Corona-related delays.

As usual in Germany, the paperwork turns out to be complicated. Tesla had to revise its authorization application for the construction. But the company wants to go ahead with the ‘Gigafactory’ anyway. In case they do not get a final construction permit, which is extremely unlikely, the Americans will have to remove everything they may have built by then.

No Permit Until October

In Freienbrink, located in Grünheide county, Tesla intends to make half a million vehicles per year, including its Model Y. The company’s giant investment is supposed to have a volume of 4 billion Euro (4.4 billion U.S. Dollars or 3.5 billion Pounds Sterling). As many as 12,000 jobs might be created. According to Minister Steinbach, the project could even be extended later.

It looks like Tesla will not receive its construction permit before October. Still the Americans want to go ahead and lay the foundation for the factory right now. They applied for a separate permission.

While Tesla is trying to get through Germany’s jungle of bureaucracy, the company is getting rid of personell. According to the German Manager Magazin publication, Tesla’s European Vice President Sascha Zahnd “vacated his position”, a popular euphemism for “got fired”.