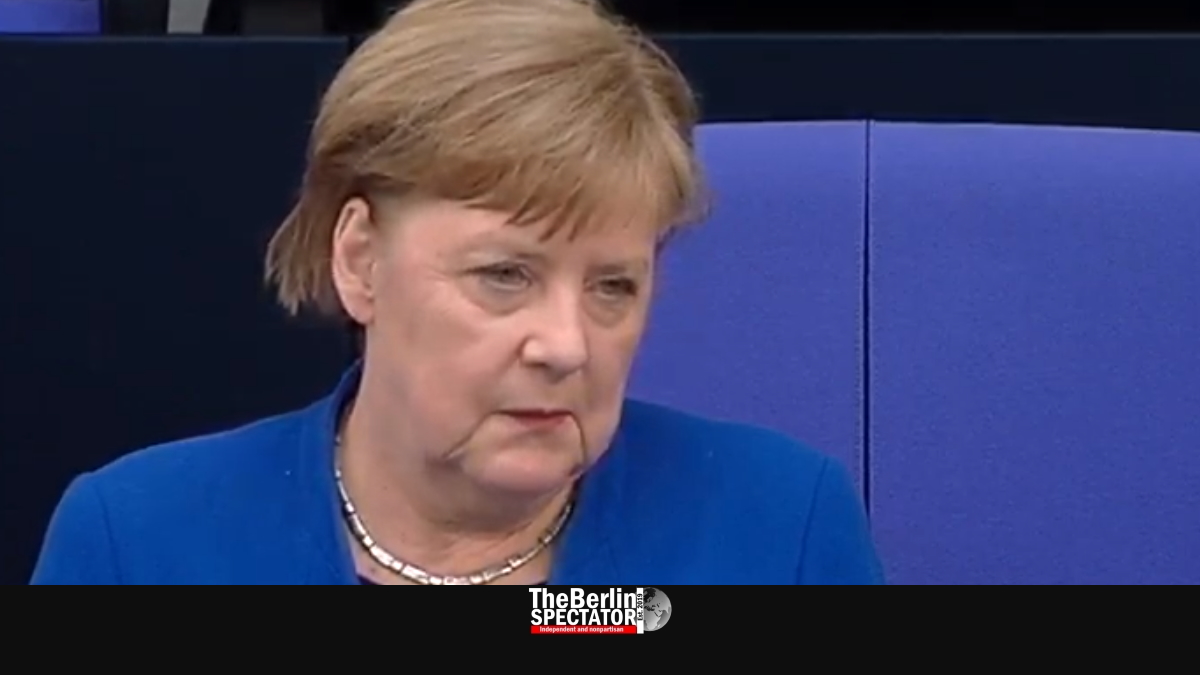 During a question and answer session at the Berlin Bundestag, Chancellor Angela Merkel talked about her policies in the biggest crisis the Federal Republic of Germany has seen in seventy-one years. She resisted the opposition’s attempts to provoke her.

“We are living with the Coronavirus and this will be the case for quite some time” Merkel stated at the Bundestag. “Corona remains a danger to many of us.” She said the disease could progress harmlessly, but also lead to severe conditions and even death.

In the past few weeks, a lot had happened. There had been encouraging developments. The virus had been slowed down in a huge effort and Germany’s health system had coped with it, also because her government had strengthened it, Merkel said. The number of ICU beds in hospitals had been increased.

According to Mrs. Merkel, Germany should be glad about the way it coped with the crisis. But an obligation had arisen from this aspect too. The restrictions of civic rights had not been accepted, and people had not endured them in order to return to them them later.

“We need to be persistent”, the Chancellor said, also because there needed to be a public life during the next phases of the Corona pandemic. At the same time the economy needed to be strengthened again.

The first person who had the right to ask Chancellor Merkel a question was an MP from the extremist right-wing party ‘AfD’. He accused her of “destroying the existence of 2 million Germans.” She kept calm and reminded him of several huge aid programs for millions of Germans the Bundestag had approved in the past weeks.

Mrs. Merkel also countered an attack by the liberal party FDP. This was about an application for smartphones which can alert users who were in contact with persons infected with the Coronavirus. The questioner asked her why the Chancellery had intervened even in connection with the design for the app.

She said the government’s press office had been asked to become involved. Merkel also countered the sarcastic question whether the app would be ready before there was a vaccination against Corona or afterwards.

Angela Merkel also answered questions about a return to traditional gender roles during the Corona crisis which German publications are writing about these days. Women seem to be affected by the crisis more than men, also because they take care of children more. Therefore they have less time to concentrate on their work.

The Chancellor made clear she did not want to move backwards in this regard and that the principle of equality was still valid. She said she hoped the emergency care in kindergartens could be extended, in order to help women.