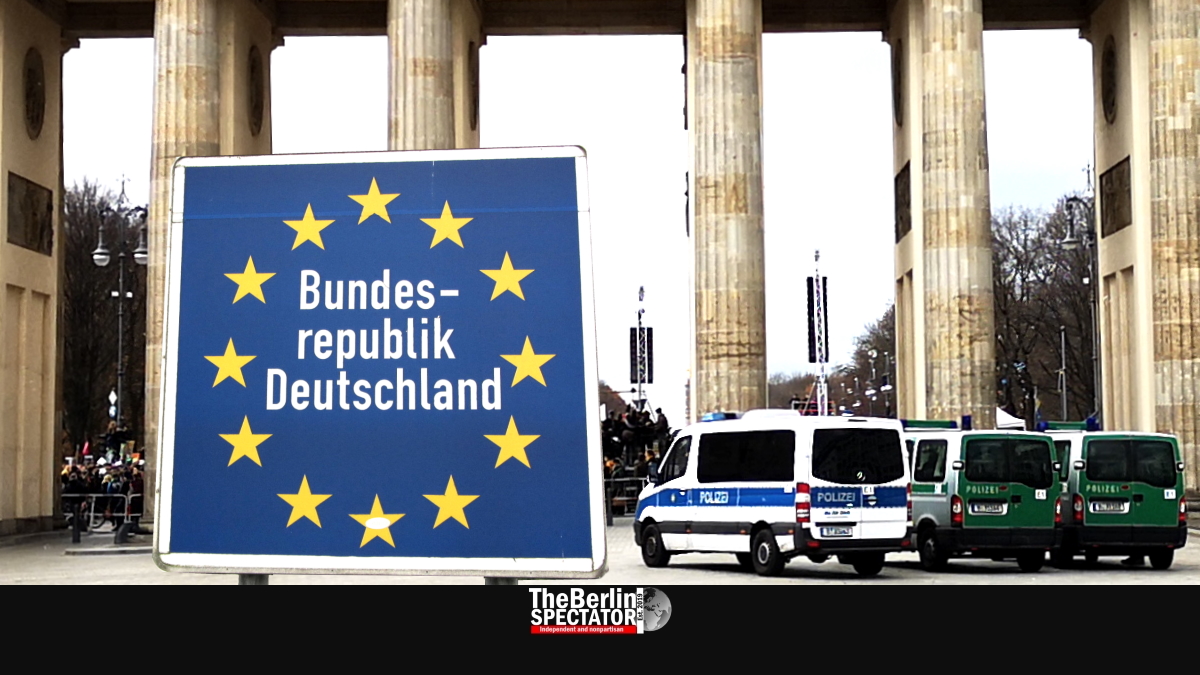 In Germany, the borders to five out of nine neighboring countries are about to ‘open’. But, in fact, the measure only helps the few who are allowed to cross anyway.

When Germany’s Interior Minister Horst Seehofer announced the reopening of borders, he did so the right way, by saying the border controls would be prolonged until June 15th, 2020. This first statement of his at a Berlin press conference on Wednesday already made clear that the situation at the borders would not change for most people, until mid-June.

The easing of controls he announced afterwards benefit those who are allowed to cross borders anyway, namely commuters, students who live in one country and study in the next, truck drivers who transport needed goods and individuals with a ‘sound reason’.

An immediate opening was announced for the border between Germany and Luxembourg. The German-Danish border might open as well, as soon as the government in Copenhagen confirms the measure. The easing of border controls Minister Seehofer announced applies to Germany’s borders to Austria, Switzerland and France.

Opening borders in times of Corona is more complicated than it might look at first glance. It does not make sense to open borders between states with different Corona rules. For instance, if country A just reopened all restaurants and hotels while country B is still on lockdown, residents from country B will invade country A, with dangerous implications.

If country A still has mandatory quarantines for anyone who comes in and country B does not, the whole thing will turn into a chaos. The same applies if one country, such as Germany, managed to control the Coronavirus to some extent while the next country, such as France, may not have.

This is exactly what virologist Alexander Kekulé criticized in an interview with MDR radio on Wednesday. He said the planned reopening of borders would take place too quickly and it was not coordinated well. He said he feared the Coronavirus might be brought into Germany again, from a long-term point of view.

Borders to Poland, Czechia, the Netherlands and Belgium:

Opposite Views on Borders

From the perspective of a virologist, opening borders made sense between countries with similar Corona policies and control mechanisms, Kekulé stated in the MDR’s interview. He said this was the case with Germany and Austria. But France was not positioned too well what the tracing of Corona cases was concerned. Besides, the Corona pandemic was not really under control in France.

While Alexander Kekulé called for more caution, others demanded the opposite. The deputy floor leader of Chancellor Angela Merkel’s conservative party CDU at the Berlin Bundestag, Andreas Jung, was quoted in German-language media. He said he wanted additional steps towards a reopening of borders.

Jung said the steps announced by Interior Minister Horst Seehofer were important, but the goal had not yet been reached. He stated he would keep on pushing for “a European answer to Corona without restrictions at borders.” Entry barriers needed to fall. There needed to be “movement before mid-June”.

Minister Seehofer himself was part of a talk show on ARD television on Wednesday night. He said in case of an increase of the Corona numbers, the easing of controls at the borders to five countries would have to be retracted.

This morning, the official number of Coronavirus cases in Germany stood at 174,098. At least 148,700 former Corona patients are cured, 7,861 individuals in Germany have died from COVID-19 since the crisis commenced.