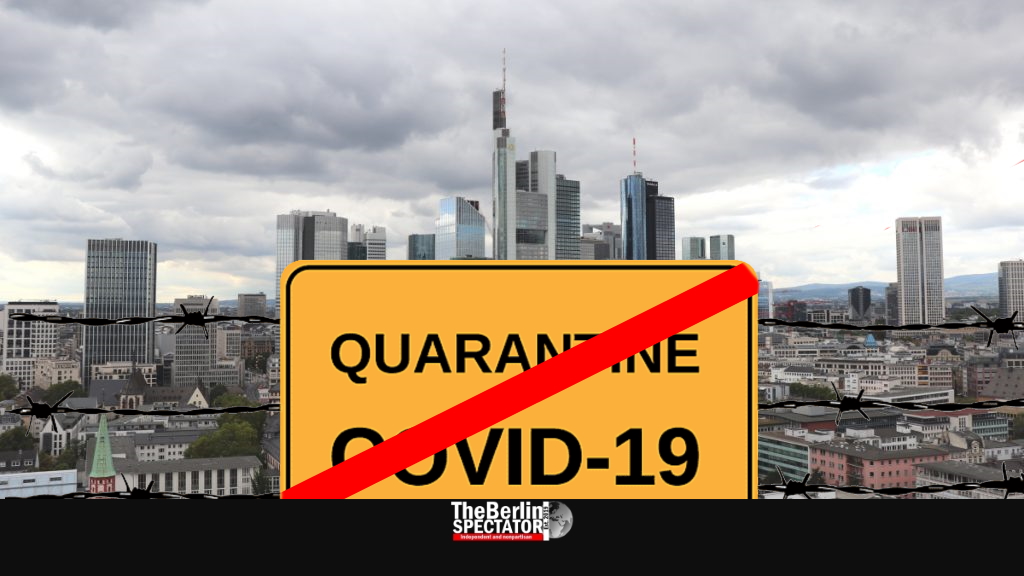 In spite of the enormous costs the Corona pandemic is causing, Germany’s Finance Minister Olaf Scholz rejects the idea of tax hikes. While the Bundestag discussed finances, the government was preparing to dump the quarantine rule for travelers coming in from E.U. countries.

In front of the Berlin Bundestag, Vice Chancellor and Finance Minister Olaf Scholz provided information about the giant costs for the fight against the Corona pandemic and the cushioning of its effects. He announced a forecast deficit in the amount of 98.6 billion Euro (106.5 billion U.S. Dollars or 87.3 billion Pounds Sterling).

The aid packages Berlin came up with, in order to help people and companies of all sizes cope with Corona, have their price tag too, namely 453.4 billion Euro (489.4 billion Dollars or 401.5 billion Pounds). In spite of the biggest recession ever and the enormous costs, Scholz ruled out tax hikes.

But the chairman of Scholz’ own party, namely the Social Democrats (SPD), has a different perspective. Norbert Walter-Borjans told the ‘Passauer Neue Presse’ daily, the Corona crisis could only be overcome with a tax increase. If Germany wanted to keep its new debt under control, it needed to make sure it had “higher revenues in some areas”, Walter-Borjans told the newspaper.

After the crisis, loopholes needed to be closed. Top earners would have to contribute more, Norbert Walter-Borjans said. He stated there was no other way, mathematically. His demand was in line with those voiced by the party ‘Die Linke’ (‘The Left’) at the Bundestag.

While Vice Chancellor Scholz presented shocking numbers, the discussion about a reopening of borders and easing travel restrictions continued. The federal government in Berlin and the federal states agreed on getting rid of the quarantine rule for travelers who come in from E.U. countries, including non-Schengen states like Bulgaria, Cyprus or Romania. The United Kingdom is included too.

This was announced by the government of North Rhine-Westphalia. In this largest federal state within Germany, the rule was already dropped early on Friday morning. In the rest of Germany, the change will supposedly be implemented within a few days. So far, individuals who entered Germany needed to go into quarantine for two weeks.

According to German-language media, Germany’s Foreign Minister Heiko Maas is about to hold talks with several countries about an easing of travel restrictions this coming week. Germany invited representatives of countries that are major tourist destinations to participate in the talks. Those are Austria, Bulgaria, Croatia, Cyprus, Greece, Italy, Malta, Portugal, Slovenia and Spain.

Maas wants to achieve a “coordinated approach” regarding the opening of borders for tourists. The Minister intends to lift a worldwide travel warning he implemented months ago, when the Corona crisis hit Europe. The lifting of travel restrictions is supposed to take place incrementally.

Just a few weeks ago, the Foreign Ministry had completed a giant and costly pick up program for German tourists who were stranded in exotic locations around the world because of the Corona crisis.

The official number of Corona cases in Germany stood at 174,478 this morning. More than 150,000 former Corona patients have been healed and 7,884 people have died of the respiratory disease caused by the Coronavirus.

Today is day number 109 since the first Corona case was confirmed in Germany, and day number 54 since the contact restrictions kicked in.