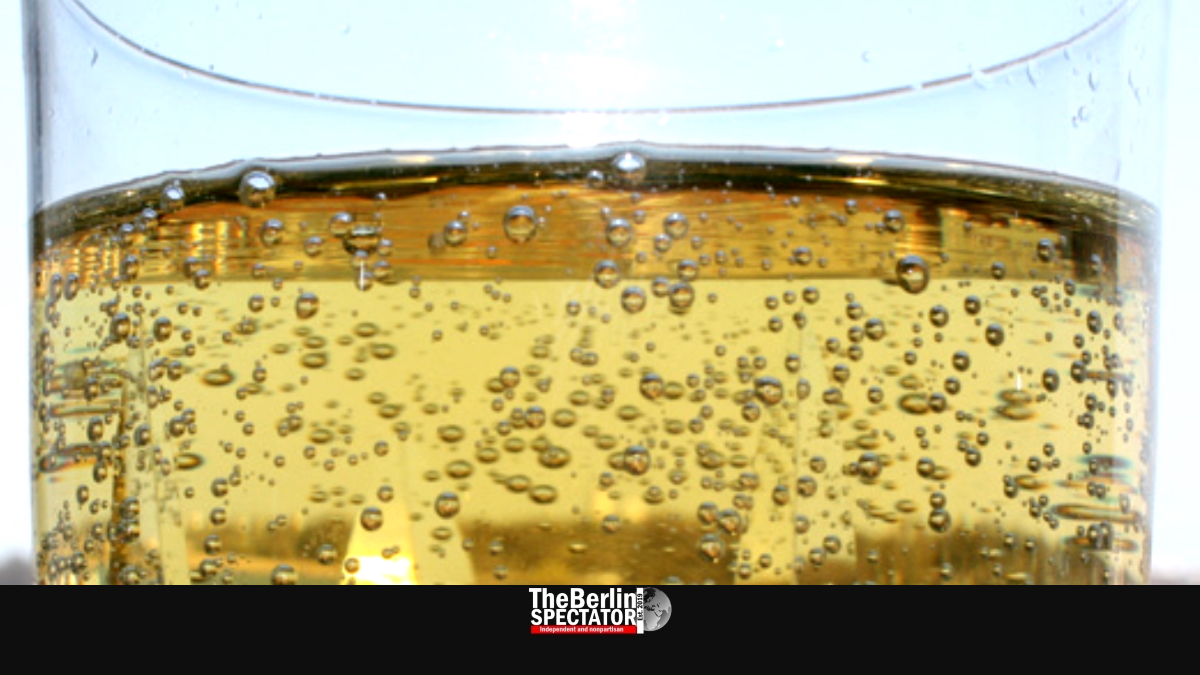 Cold, wet, sparkling and refreshing is what summer drinks should be like. In Germany, the perfect beverage was invented a long time ago. It is known as ‘Apfelschorle’.

Berlin, May 18th, 2020, update December 5th, 2020 (The Berlin Spectator) — Most of us run countless errands. We cover 25 kilometers (15 miles) on the bicycle. We carry a million supermarket bags up to the 4th floor and sweat like hell. What do we need? The perfect drink.

In parts of southern Germany, Austria and Switzerland, they might have weird names for the same thing, but Apfelschorle is what we are lusting for. This even applies to those of us who have never tried the perfect beverage. They just do not know that they need it.

The recipe is actually simple. Get a glass and fill about 40 percent of it with cold club soda (sparkling water). Then pour cold apple juice into the glass until it is full. That’s it. Nobody needs a PhD in nuclear science to make it. This is the formula: Apfel (apple) + Schorle (no meaning) = Apfelschorle

These are the three things Apfelschorle does:

Besides, it tastes well. It is far less sweet than pure apple juice and therefore has less calories, namely about half. It is a non-alcoholic drink meaning nobody ever reported an overdose or issues with driving under its influence. Who needs beer when there is Apfelschorle? One danger is being associated with the consumption of Apfelschorle though: It can be quite addictive.

As the distinguished reader may have guessed, there are different kinds of Apfelschorle. It does not really matter what kind of club soda (sparkling water) is used as long as it is gaseous and cold. It all depends on the apple juice.

In German supermarkets, they offer cheap ‘Apfelnektar’, apple juice made of concentrate and naturally cloudy apple juice. There is also luxury apple juice made in masticating juicers. So what kind should be used? Any. But the Apfelschorle will differ, depending on the kind of apple juice used.

Schorle Does Not Equal Schorle

Ready-made Apfelschorle in plastic bottles is usually low quality stuff and not recommended. It depends on the brand, but some of these products taste like chemistry more than apple.

At times, the Austrians, Swiss and Germans also consume Schorle with other kinds of juice, such as cherry, pear, pineapple or orange juice. Weinschorle (wine plus club soda) is popular too. But the best Schorle in the world is Apfelschorle. Have we mentioned it gets rid of thirst?

Corona in Germany: Outbreak at Yet Another Slaughterhouse