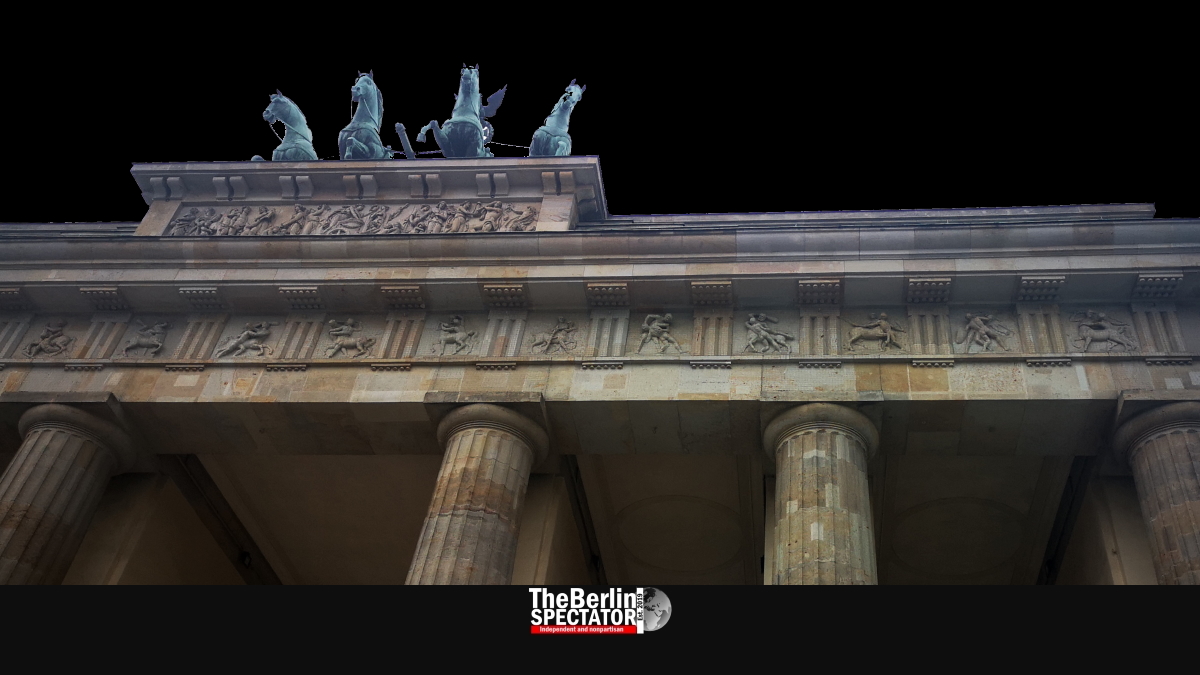 The city state of Berlin just published its latest intelligence report. It lists the main dangers to society and democracy, namely right-wing and left-wing radicals as well as Islamists.

According to the latest intelligence report the Berlin Senate acknowledged on Tuesday, right-wing, left-wing and Islamist extremists pose the biggest danger. They threaten societal cohesion. Hate speech is a persisting problem that was dealt with in its own chapter.

Propaganda, incitement and smear campaigns were being spread by enemies of the constitution online, the report says. Especially right-wing radicals used the possibilities provided by the Internet. They insulted, discredited and threatened people. Islamists did the same to “infidels”. Left-wing extremists mainly attacked companies, real estate owners, the police and people they called “representatives of the repression apparatus”, the report says.

The mechanism of anticonstitutional attacks online had developed into “a serious threat to democracy”, the intelligence report concludes. Berlin is not the only federal state that sees a big problem in online hate speech, nor are the other problems mentioned in the report a local phenomenon only.

In Berlin, the number of individuals who are part of the right-wing extremist spectrum has hardly changed. It stands at 1,420. More than half these people are not part of Nazi organizations or parties. This is a problem in itself, because groups can be banned.

The report says, right-wing groups did not focus on recruiting new people or voters for extremist parties that much anymore. According to the information provided, those gangs serve as “organizational hulls for right-wing extremist propaganda” and events, such as concerts and combat sports tournaments.

Berlin’s right-wing radicals are known for violence, threats and racist propaganda. The latter “poisons the societal climate more and more”, the report reads. This kind of racist incitement was the “hotbed for hatred and right-wing terrorism”.

The number of self-proclaimed ‘Citizens of the Reich’ in Berlin, who are part of the right-wing spectrum, has not changed. It was 670 in both 2019 and 2018. In March, one of their organizations was banned.

What Salafists in Berlin are concerned, their numbers has grown from 1,020 to 1,140 individuals. Islamist radicals try to find new accomplices in mosques. The intelligence report says that the threat posed by Islamist terrorism remains high in Berlin.

In Berlin, there are about 320 members of terror organizations such as Hamas and Hezbollah. The latter group was finally banned in Germany on April 30th, 2020. Other radical groups, including the Muslim Brotherhood, have about 600 members in the German capital.

What all of those groups have in common is that they dispute Israel’s right to exist and spread propaganda about an “armed fight to annihilate Israel”. Several antisemitic events with this kind of background were prevented in Berlin in 2019.

The third danger, left-wing extremism, is big in Berlin as well. Last year, there were 3,400 individuals who belong to that spectrum. As many as 970 of them were prepared to use violence, the report says. Last year, violent activities against the state and private individuals were reported.

‘Extremism is Versatile and Flexible’

Active left-wing extremists mainly wanted to intimidate the police, political parties and real estate owners. Also they were trying to use the threat of evictions from certain real estate objects to initiate a “militancy of the masses” and to raise the threshold of activities considered politically legitimate.

The new Berlin intelligence report for 2019 has 214 pages. It is available here (German only). Berlin’s Interior Senator Andreas Geisel stated, political extremism was versatile and flexible. Developments in the area of all kinds of extremism needed to be identified on time and publicized. Geisel said the core task for the Office for the Protection of the Constitution was to be “an early warning system for our democracy”.