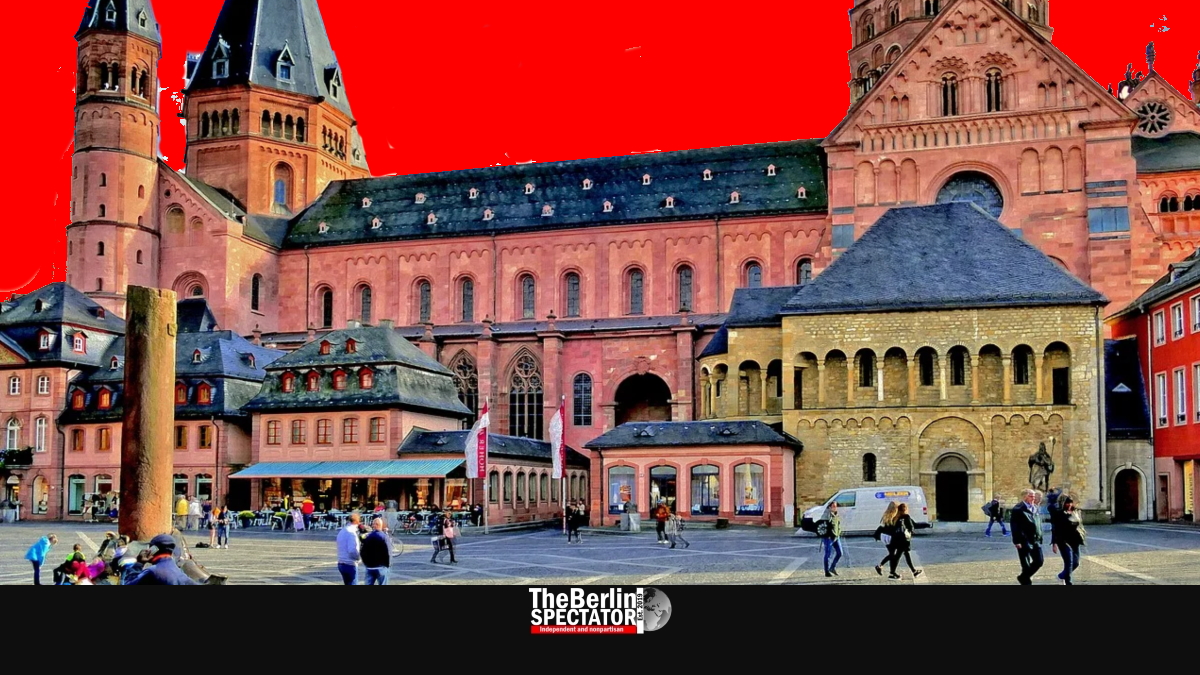 In Germany, Corona outbreaks at refugee hostels have been reported. The authorities put two of them on lockdown.

In the city of Mainz, a refugee hostel was put in quarantine because of a growing number of confirmed Corona infections. According to the local health authority, one person in a family of ten was tested positive last week. Once the family had been in quarantine, all of its members had tested positive for Corona.

Red Cross on the Case

One hundred and thirteen people live in this refugee hostel. When everyone was tested, those in charge found out the Coronavirus had spread on all floors. Now everyone in the building is in quarantine for two weeks. Some of the infected persons there have light COVID-19 symptoms, others do not.

The Red Cross is now caring for the refugees in this establishment in Rhineland-Palatinate’s capital. There are being treated medically as needed. Red Cross volunteers are shopping for them.

At another refugee hostel in St. Augustin, located Germany’s largest federal state North Rhine-Westphalia, the situation is far more alarming. Out of the 312 asylum seekers accommodated there, 152 are infected with the Coronavirus. So are 13 employees. The total number of infected persons at that facility is 165.

The Cologne authorities said all infected persons had been accommodated in separate parts of the building. Most did not show any symptoms. On Monday, the number of Coronavirus cases at the same refugee hostel had stood at 130. Its capacity is 600, but only about half its beds are occupied right now.

Germany’s Ministry of Labor and local authorities are also dealing with Corona outbreaks at several slaughterhouses. Those reflect the bad conditions many of their employees seem to be living in. Many are Romanians and other Eastern Europeans who share bedrooms.

The overall number of persons infected with the Coronavirus in Germany increased by only around 200 from Monday to Tuesday morning. Now it seems to be picking up again. In the entire country, there are 177,778 cases, some 1,200 more than 24 hours ago. About 155,600 individuals who used to be infected are cured. There have been 8,081 related deaths.

Germany is confronted with secondary issues now. The German Association of Cyclists (ADFC) says it fears gigantic traffic jams in cities because public transport could not transport that many people due to the distance rules. People are supposed to make sure their distance to others is at least 1.5 meters (5 feet). The ADFC said German cities needed to install ‘popup bike lanes’ just like the ones Berlin had introduced.

Apparently the Corona crisis also led to a shortage of banked blood. This is what the German Red Cross says. The organization expects that there will be enough blood donation appointments in June. But, because of the distance rules, there are not enough of them now while hospitals in all parts of Germany need blood.

The number of traveling Germans is increasing again. Regular Deutsche Bahn passengers told The Berlin Spectator train trips in Germany had been “spooky” in the past weeks because in many cases there had been just a handful of passengers per train. Now the numbers are on the rise.

Deutsche Bahn announced it would keep its trains extra clean. In ‘ICE’ and ‘IC’ trains, door handles and other objects touched by many people would be disinfected several times per day. Before the crisis, 250 employees had been responsible for cleaning those trains. Now there were 600.

In the meantime, more and more federal states within Germany are dumping their quarantine rules for travelers. Those include Berlin. Individuals coming in from European Union countries, from Iceland, Switzerland or the United Kingdom do not have to go into a 14-day quarantine anymore.