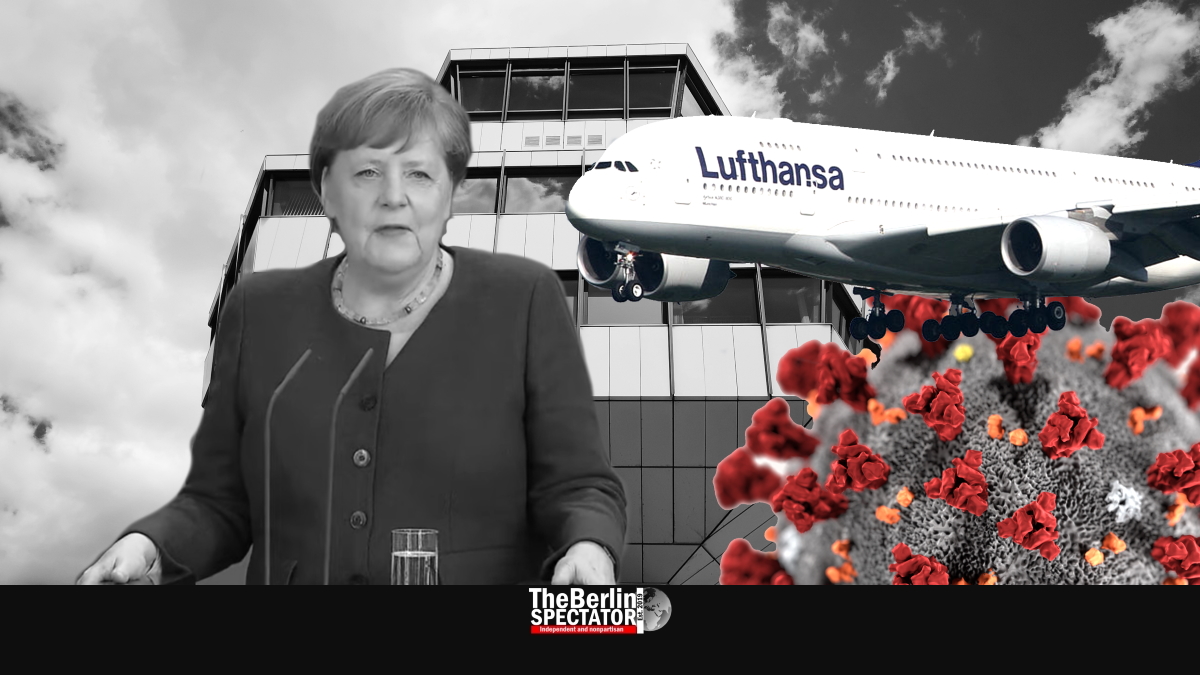 Angela Merkel made clear any vaccine against Corona needed to be available for everyone in the world. She rejected protectionism in this regard.

In a video conference, Merkel discussed the Corona situation and ways out of the recession with the heads of financial organizations. “COVID-19 is the dominating subject in the world”, she told the press afterwards. It was important to get back on a path of “sustainable development”, the German Chancellor stated. Any action needed to be synchronized.

For the third time since the Corona crisis began, Angela Merkel insisted any vaccination against COVID-19, the disease caused by the Coronavirus, was a “global commodity”. It needed to be provided to everyone. She said “protectionist tendencies” could be observed these days. These were worrisome.

Mrs. Merkel also mentioned a rather expensive problem called Lufthansa. Since the travel and movement bans were put in place, the largest airline in Europe has lost 1 million Euro (1.1 million U.S. Dollars or 880,000 Pounds Sterling) per hour. It is asking the government for 9 billion Euro (9.87 billion U.S. Dollars or 8.09 billion Pounds Sterling).

The Chancellor said in the ongoing “intensive negotiations”, a decision was imminent. Apart from the German government and Lufthansa, the E.U. Commission is involved in them. Merkel stated she could not talk about details right now.

According to Lufthansa, the rescue package those negotiations are about includes a loan by the state-owned KfW Bank which will cover about a third of those 9 billion Euro. The Federal Republic of Germany will likely become a Lufthansa shareholder by acquiring up to 25 percent of the giant company.

Lufthansa to be Back in Business

Anything the government agrees to is reportedly connected to conditions. For instance, no dividends will be paid to shareholders and salaries for managers will be limited. Any deal with the government will have to be confirmed by Lufthansa’s board and its supervisory commission as well as the E.U. Commission. The Lufthansa stock rose after the announcement of an imminent agreement.

Recently, on May 10th, Lufthansa had announced it would throttle up part of its fleet again and increase the number of passenger flight destinations from 30 to 106. In Germany, only about 2 percent of the usual traffic is in the air right now. In April, passenger air traffic was at 1 percent of its usual volume.

The impact of Corona on air travel brought down the last airport in Berlin, namely Tegel. A decision was taken to shut it down on June 15th. Until the new BER Airport in Brandenburg opens on October 31st, 2020, Schönefeld, the former GDR’s main airport, will likely suffice. Officially, the closure of Tegel is temporary, but it will probable turn out to be final since the airport was going to be closed for good anyway, on November 8th, a week after the new one opens.

In Germany, the number of Coronavirus cases stood at 178,473 this morning. About 157,000 people who used to be infected with Corona or who suffered from COVID-19 have been cured. The number of related deaths in Germany, since Corona hit, is 8,144.