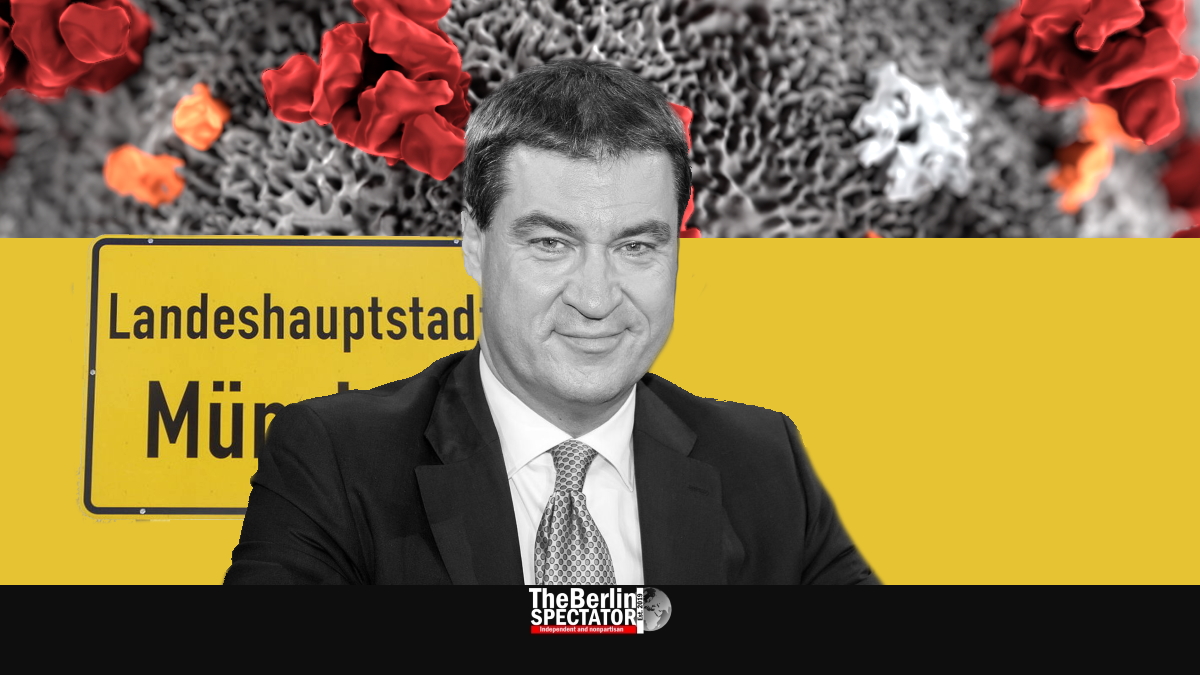 In Bavaria, First Minister Markus Söder intends to have far more residents tested for the Coronavirus. And he wants all kindergarten kids to return to daycare.

In Munich, Markus Söder told the ‘Münchner Merkur’ daily, he now wanted to test far more people for the Coronavirus. For next week, he announced a decision on a concept that included extending the number of tests substantially. “I want the capacities to be used wisely”, Söder said. The staff at clinics, homes for the elderly and other care facilities would have a high priority.

In addition, Söder stated he wanted to talk about more voluntary tests for teachers. And he intends to decrease the duration of Corona tests. Söder said testing far more people was important also in regard to an easing of more restrictions. Recently, all shops and restaurants were reopened after several weeks.

Regarding the youngest children, Söder stated he was confident all of them would be back at their kindergartens before the summer vacations started. In Bavaria, preschoolers will be back at kindergartens on Monday. After the upcoming Pentecost holiday, more groups of kids are supposed to return.

In Saxony, one of Bavaria’s neighbors, First Minister Michael Kretschmer wants regular classes to take place for all grades after the summer vacations. He told ‘Focus’ magazine, his government was working on a solution that would make sure the emergency mode schools were in right now would end. Kretschmer said kindergartens and schools played a vital role even for the economy.

Because of the Coronavirus and the restrictions and bans implemented to contain it, Germany’s tax revenue has slumped in April. Compared to April of last year, the decrease was more than 25 percent. Berlin and the federal states collected only 39 billion Euro (42.6 billion U.S. Dollars or 34.9 billion Pounds Sterling) last month.

In the latest monthly report released by Germany’s Ministry of Finance, it says especially the income and corporate tax income had decreased. The air traffic tax even slumped by 95 percent because Corona pretty much ended passenger flights. They were down to 1 percent of their usual volume. Now they are at 2 percent. In addition, input tax payments were returned to companies in order to make sure they were solvent during the Corona crisis.

In March, when strict Corona measures were announced and implemented, a decrease in tax revenue was already registered. In the first four months of this year, Germany lost 3.1 percent in taxes and collected a total of 220 billion Euro (240 billion Dollars or 197 billion Pounds).

In the meantime, the European Aviation Safety Agency (EASA) has released a statement on safety aboard aircraft in times of Corona. The authority says there should be free seats between passengers “whenever possible”. Even entire rows could be left vacant to make sure there was enough distance between passengers.

That way, the required safety distance of 1.5 meters (5 feet) could be adhered to more or less. According to the EASA, “other measures” should be taken in cases in which the occupancy rate was too high. Both passengers and flight attendants should wear masks and wash their hands on a regular basis, the EASA believes.

This morning, the number of Coronavirus cases in Germany was 179,021. Since the beginning of the crisis, 8,203 people have died from the disease caused by Corona. More than 158,000 individuals are cured.