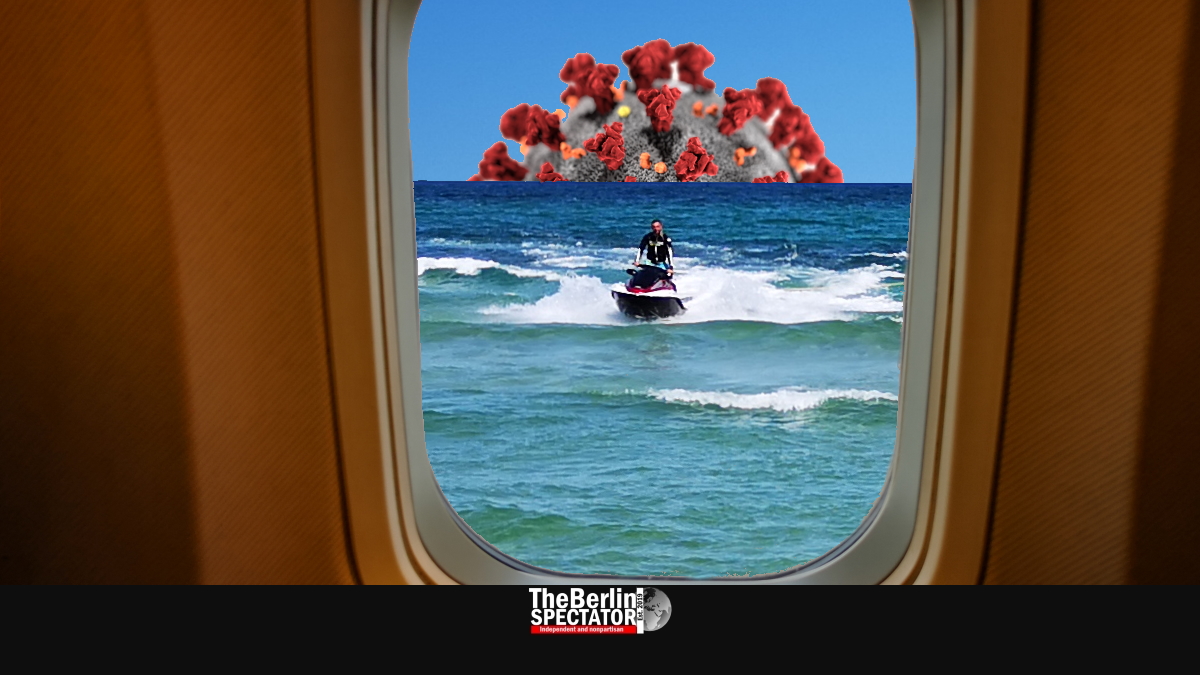 The giant tour operator TUI intends to take German vacationers to Mallorca and other destinations starting in June. In Berlin, the government seems to want to make it happen.

In 2019, TUI had 27 million customers and more than 70,000 employees. The tour operator owns 150 aircraft (‘TUIfly’) and hundreds of hotels all over the place. It needs to send people to places or it might drown. Now TUI’s chairman Fritz Joussen told the ‘Rheinische Post’ daily, holiday trips would commence within weeks.

In less than a month from now, on June 22nd, 2020, the first federal state in Germany, Mecklenburg Hither-Pomerania, will be on summer vacation. That is when Joussen wants to send people to the beach. “Starting in late June, when the vacations commence, we intend to fly again”, he told the German newspaper.

Joussen said the Spanish island of Mallorca, Germany’s favorite summer vacation destination, would be one of TUI’s destinations again. Countries like Austria, Bulgaria, Croatia, Cyprus and Greece were prepared as well. According to its boss, TUI is in talks with Turkey too.

‘No Reason for Lockdown’

There was ” no reason for a lockdown in tourism”, Joussen said in the interview. That was why the hotel season in the countries mentioned needed to commence on July 1st the latest. It looks the German government might play along with TUI’s hopes.

Recently, Foreign Minister Heiko Maas had held talks with his colleagues from several countries known as summer holiday destinations. He had said the global travel warning which had been in place since March would likely be lifted on June 15th, 2020 and replaced with reports about each individual country. Depending on the Corona situation on site, Germans might indeed be able to hit the beaches.

Generally, the travel industry feels abandoned by the government, according to Ralph Schiller, the CEO of FTI Group, who was quoted by several German-language media. He demanded a bail-out fund that needed to include non-repayable grants. Schiller said, both small and large tour operators were affected by the crisis. Three million Germans work in the tourism industry.

A related field is aviation. Germany’s federal government is still in talks with Lufthansa, Europe’s largest airline, which says it needs 9 billion Euro (9.87 billion U.S. Dollars or 8.09 billion Pounds Sterling) to survive the Corona crisis. A deal has not been struck, so far. Once it is on the table it will likely include a giant loan.

Also the Federal Republic of Germany intends to become a shareholder again by acquiring at least 20 percent of Lufthansa. But this solution will be temporary. In an interview with the ‘Saarbrücker Zeitung’ daily, Commerce Minister Peter Altmaier said the state would “pull out as quickly as possible”. The same would apply to similar cases in which the state needed to help companies.

Altmaier defended the expected Lufthansa deal against critics. He said the airline was “a long standing, strong company” that had gotten into a lot of trouble because of the Corona crisis. At this stage, the number of passenger flights in Germany is at less than 2 percent of what it used to be before the Corona crisis.

Conspiracy Theorists Back in Action

In the meantime, conspiracy theorists are about to stage protests against the Corona restrictions again in German cities. Starting at noon, several demonstrations are expected to take place in Berlin. Those also include self-proclaimed “Citizens of the Reich”. In the past weeks, Nazis and other haters have joined those conspiracy theorists at their protests on a regular basis.

It is the same picture in Hanover and other cities in Lower Saxony, where many rallies of the same kind were announced. But counter protests against those who deny the Coronavirus exists and who blame Bill Gates, America and “the Jews” for the contact restrictions and other rules designed to curb the spread of the Coronavirus, will take place as well.