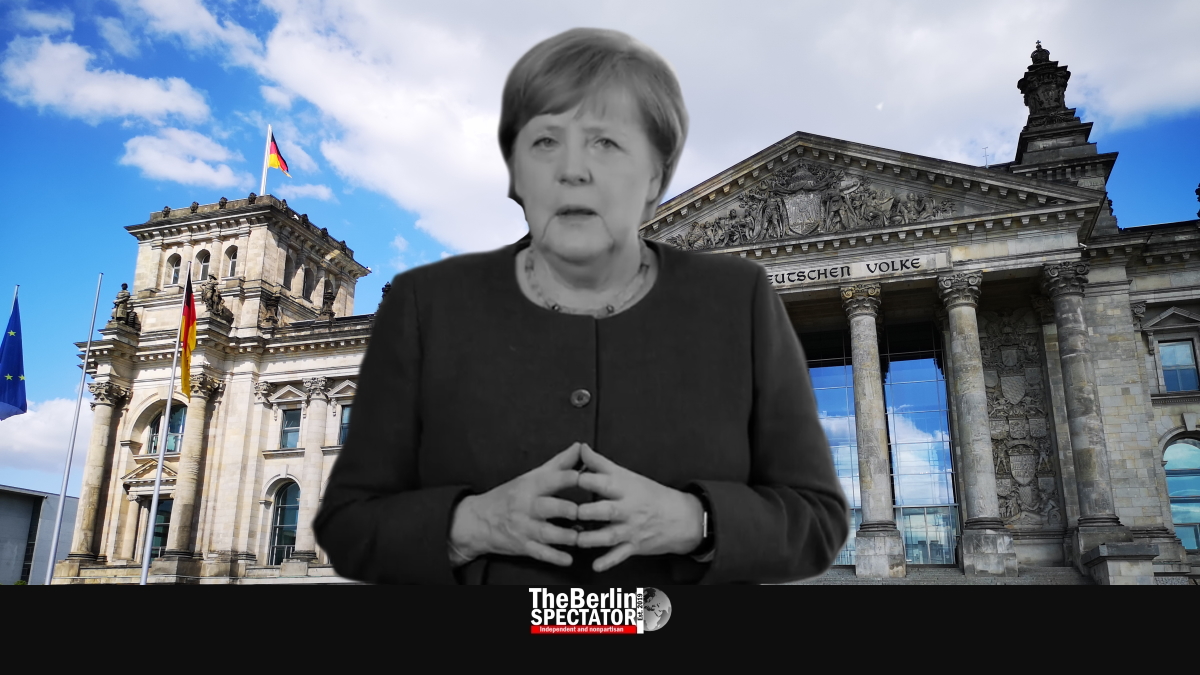 On May 23rd, 1949, Germany’s ‘Basic Law’, the country’s constitution, was approved. Exactly 71 years later, Chancellor Angela Merkel said her government was always bound to the “dignity of man” mentioned in section 1, including during the Corona crisis.

The constitution was the basis of societal life, Mrs. Merkel stated in her weekly podcast on Germany’s Constitution Day. She said the Corona crisis was the biggest challenge since 1949. That was why it was even more important to respect the principles of the ‘Grundgesetz’.

Especially article 1, in which it says “The dignity of man is unimpeachable”, was important, the Chancellor stressed. “This dignity is what the state is bound to, and the federal government is working accordingly.”

Angela Merkel said she understood the worries people had in regard to the Corona restrictions. She reiterated that the virus was “an imposition to our democracy.” That was why imposing the Corona restrictions on the country had not been easy, and the limitation of basic rights would only last as long as necessary. But it had been necessary because of the responsibility for the dignity mentioned in the constitution.

Not overburdening the German health system had been the goal, the Chancellor said, and it had been achieved. But of course the government always needed to explain why certain restrictions would not be lifted yet while others would. The proportionality aspect was important here, Mrs. Merkel said in her podcast.

“I am glad to be able to say that the situation regarding the number of infections enables us to allow many things that were not allowed for several weeks.” Chancellor Merkel expressed her hope that people would continue to adhere to the rules, including keeping their distance and wearing mouth and nose protections. That way, an overburdening of Germany’s hospitals could be avoided in future as well.

Angela Merkel spoke about Europe too. She said it was interesting that the “mothers and fathers of the constitution” had already mentioned serving the peace of the world in a united Europe. This was the goal her government felt obliged to follow today. “We know that Europe has brought us peace. Europe brings us prosperity.”

In order to conserve all of that, it was necessary to take a stand up for a united Europe over and over again. All member states of the European Union were affected by the Corona crisis, Angela Merkel stated. “Many of them even more than us.” This applied to the number of those who had lost their lives in this pandemic and to its economical ramifications.

“This is why this is the time to close ranks in Europe”, the Chancellor said, “and to show that we intend to remain strong together.” European aid programs were important. Merkel promised that Germany would do what it could, also during its Presidency of the Council of the European Union which starts on July 1st, to make sure Europe could get out of this crisis in a state that would allow it to continue to fight for peace and prosperity.

Merkel said the challenges were big, but Germany would meet them.