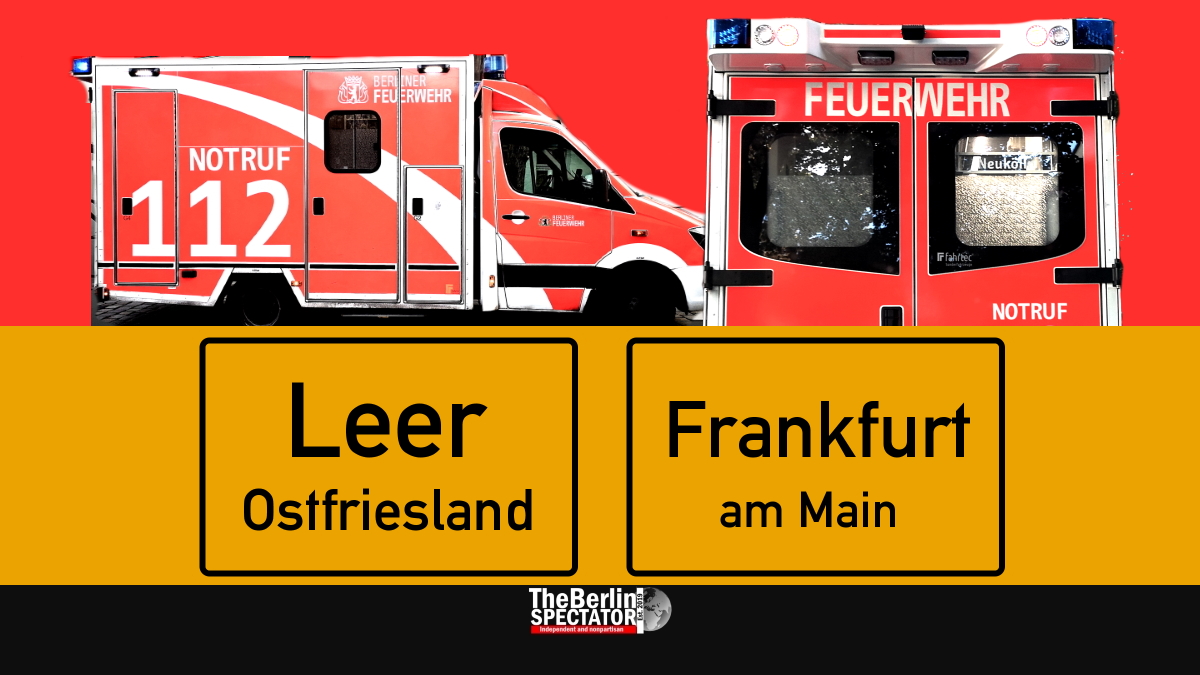 Because of the easing of many Corona restrictions in Germany, many people might feel the danger posed by the virus is gone. But outbreaks at a restaurant and a prayer hall suggest otherwise.

In Germany, two local Coronavirus outbreaks at a restaurant in Leer, a town at the north-western edge of the country, and at a prayer hall in Hesse, reveal how volatile the situation is. “These cases show that we still need to be vigilant”, Katrin Göring-Eckardt, the Greens’ floor leader at the Bundestag, told the ‘Funke Mediengruppe’ publishing house.

Göring-Eckardt said the federal states needed to be on their guard in order to make sure the situation did not get out of control. Following the hygiene rules and having sufficient capacities for Corona testing were important aspects.

At the restaurant ‘Alte Scheune’ in Leer, at least eleven people were infected with the Coronavirus. At this stage it looks like the outbreak may have been caused by offenses against the Corona rules. Local politicians said there had been a private celebration at the establishment on May 15th, 2020, the day restaurants were allowed to reopen.

According to witnesses, the guests shook each other’s hands. Neither did they wear masks to cover their mouths and noses, nor did they keep the required distance to each other. An infraction procedure will be initiated against the owner of the restaurant. He might have to pay a penalty of up to 25,000 Euro (27,262 U.S. Dollars or 22,409 Pounds Sterling).

After the party, the innkeeper and nine guests tested positive for Corona. Another individual was infected by one of the guests afterwards. More tests are scheduled, meaning the numbers might rise further. The local health authority has contacted many contact persons by now. So far, 70 people are in quarantine. According to local media in Lower Saxony, some of them already show symptoms.

One of the problems Leer is confronted with is that ‘Alte Scheune’ was open for three days after the celebration. It is unclear whether anyone was infected there after May 15th. In Leer county, no new Coronavirus infections had been registered for an entire week until the incident took place.

On social media, the restaurant’s owner said he and his team had followed all hygiene rules. He said he had sat down with his guests for a while after dinner. Forty people reportedly took part in the event in Leer. One of them was a doctor who had flu-like symptoms a few days later. Once he was tested positive for Corona, the others guests were tested as well.

In Lower Saxony, the Corona rules will be eased further tomorrow, in spite of the local outbreak in Leer. Hotels may welcome tourists, public outdoor swimming pools are allowed to open. So are camp grounds.

The second local outbreak took place at a Baptist establishment in Frankfurt. On May 10th, prayer services were allowed again after a long break. On the same day, people from several counties in the federal state of Hesse participated in an event of that kind. According to the local health authority, there is no sign any Corona rules may have been ignored. Still the total number of individuals who got infected was 107 on Sunday evening.

Earlier this month, Corona outbreaks at slaughterhouses in Germany had been reported. Eastern European workers who shared bedrooms were affected. In several refugee hostels, the Coronavirus spread as well while the overall situation in Germany was improving, judging from the official numbers.