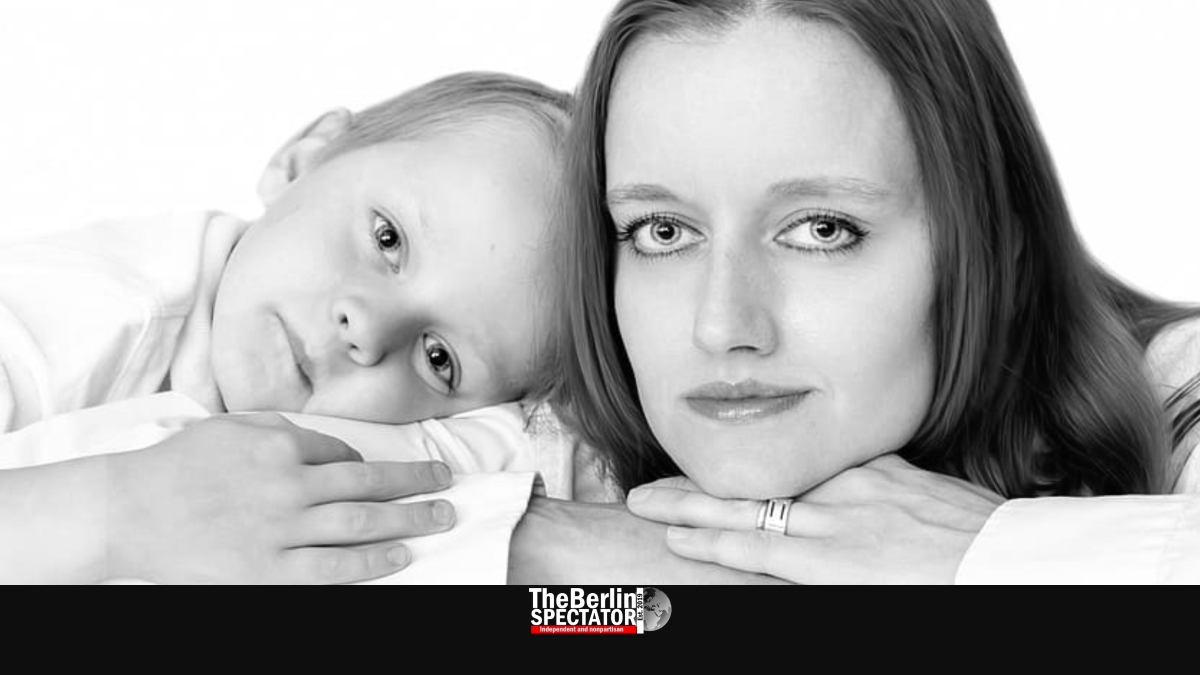 Gender equality in Germany has not been reached. But it is safe to say that emancipation has made a lot of headway in the past five decades. Then the Corona crisis hit and caused a traditionalization effect.

Germany has had a female head of government for fifteen years. Not bad. Officially, there is equality in Germany. Splendid. One hundred and two years ago, women in Germany finally got the right to vote. Wonderful. And forty years ago, the German Law on Equal Treatment for Men and Women at Work was passed. Nice.

Except many companies do not follow that law. The number of female MPs at the Berlin Bundestag has actually decreased. And Mrs. Merkel will most likely be replaced by a man next year. Some men seem to want to go back to the past, in this regard. They have a helper known as the Coronavirus.

The pandemic has highlighted some issues. First of all, in times of crises of this kind women are the ones who slip back into dealing with the children on their own. It’s back to the kitchen. While men have the time to do home office work, women do not. This problem led to other disadvantages for them.

Kerstin Drobick is the Equal Opportunities Officer in Berlin’s Mitte district. Imanuel Marcus spoke to her.

The Berlin Spectator: Even before the Corona crisis started, there were equality issues in Germany, meaning equality was never actually reached. What was the situation until February of 2020?

Kerstin Drobick: Studies have shown that women in Germany are disadvantaged. The federal government’s first report on gender equality comes to the same conclusion. In this document, the differences between women and men were examined on the basis of their life course, and documented. These statements also apply to women in my ‘Mitte’ district. For instance, there is still no equal pay.

Structural conditions discriminate against women in Berlin and Germany. Certain laws do as well. What we call ‘Ehegattensplitting’ is a German tax law that equalizes total income between spouses, but there are calls for its abolition, constantly.

Part-time and mini jobs are traps for women, which they often find difficult or impossible to get out of. One of the core problems is the unfair distribution of care work. One of the main issues here is the care for children belonging to the family or for grandparents. This unpaid work is almost exclusively being done by women. Men refrain from it too much.

As a result of all of this, the average woman receives just under 50 percent of the average man’s pension. It must be noted here that there is a social expectation that women undertake the necessary care work, wholeheartedly and and without remuneration. There is a similar effect in professions typically held by women. For instance, caregivers get the minimum wage in many cases, or low ‘mini job’ salaries.

The Berlin Spectator: When Corona hit and the partial lockdown was implemented, Berlin wanted to function. The city’s residents had to go through a lot. Many lost their jobs or part of their income. Why were Berlin’s women affected more than men?

Kerstin Drobick: That is because negotiation processes that take place in families are based on income. When men earn more, the woman who has to look after children is more likely to stay at home. If the mother is on tax bracket 5, the short-time allowance – if she receives it at all – is calculated on the basis of net income. Single parents may not be able to work at all. Many professions do not offer a home office option.

In this crisis, we saw which professions were on duty: salespeople, doctors, nurses and BSR people (city cleaning), the police and the fire department. I do not know whether more women than men have been given notices of termination. What is certain is that many female solo freelancers and artists have had major problems. This affects many industries.

The Berlin Spectator: Among single parents, women are a big majority. How did they manage to entertain their children, educating, feeding and generally caring for them while they had to deal with Powerpoint presentations, Zoom calls and other professional tasks too? They obviously did not get help from grandparents because they were not allowed to visit them during the semi-lockdown.

Kerstin Drobick: According to what I hear, for instance single mothers have spread their Corona stories on social media, many of them did not manage to do it all. Many single parents were, and most likely still are, on the verge of exhaustion and they experience financial issues. You cannot work six to eight hours during the day and look after the children at the same time. It is clear that there are many unsolved problems here. Some employers might show some understanding.

In Germany, being a single parent means having a high risk of poverty. During the crisis, food prices rose. There was no lunch at school or at daycare since they were closed. On top of it all, some families do not have the technology required for homeschooling. So the burden is huge.

The Berlin Spectator: In families in which both the mother and the father work it was usually the mothers who stayed at home when kindergartens and schools closed, and who self-evidently stopped working, at least temporarily in order to be able to care for the children. This was when a traditionalization kicked in. Why?

Kerstin Drobick: This effect often has to do with income, another area in which women are disadvantaged. So traditional role models reappear. Men often assume that the child’s mother will just go back into those tasks. More debates in families are needed here. Why shouldn’t parents split childcare fairly? Society also has a responsibility here.

The Berlin Spectator: In the Corona crisis, what does Berlin do in order to help women?

Kerstin Drobick: The city state of Berlin continues to reopen schools and daycare facilities to more children. This is a very important aspect because that way all parents will have the opportunity to work again at some point. Also there is emergency aid for children. Employees can temporarily quit work in order to have time for their children. And the Jobcenters are busy working on applications for unemployment benefits many are eligible for. Berlin has aid packages for self-employed individuals and businesses.

The Berlin Spectator: What domestic violence against women is concerned, the authorities feared there might be an increase during the Corona crisis. What is the situation in Berlin, in this regard?

Kerstin Drobick: The Berlin Police Department reported an increase in calls for help via the 110 emergency phone number and an increase in police operations at family homes. The Senate Administration for for Health and Equality rented two city hotels for women who need protection. Currently, all women in need can get shelter immediately.

The Berlin Spectator: To your opinion, what will have to happen in order to make sure women will not be disadvantaged again next time around?

Kerstin Drobick: There are many clever suggestions already. In case of a second Coronavirus wave, there needs to be some kind of parental allowance for crises of this kind and special benefits for single parents so that they can survive. The situation of children and parents should be in focus instead of large corporations.

There is an urgent need for financial enhancement of jobs typically held by women, including educators, medical staff, nursing staff, retail clerks, midwives and geriatric nurses.

Other Features on The Berlin Spectator