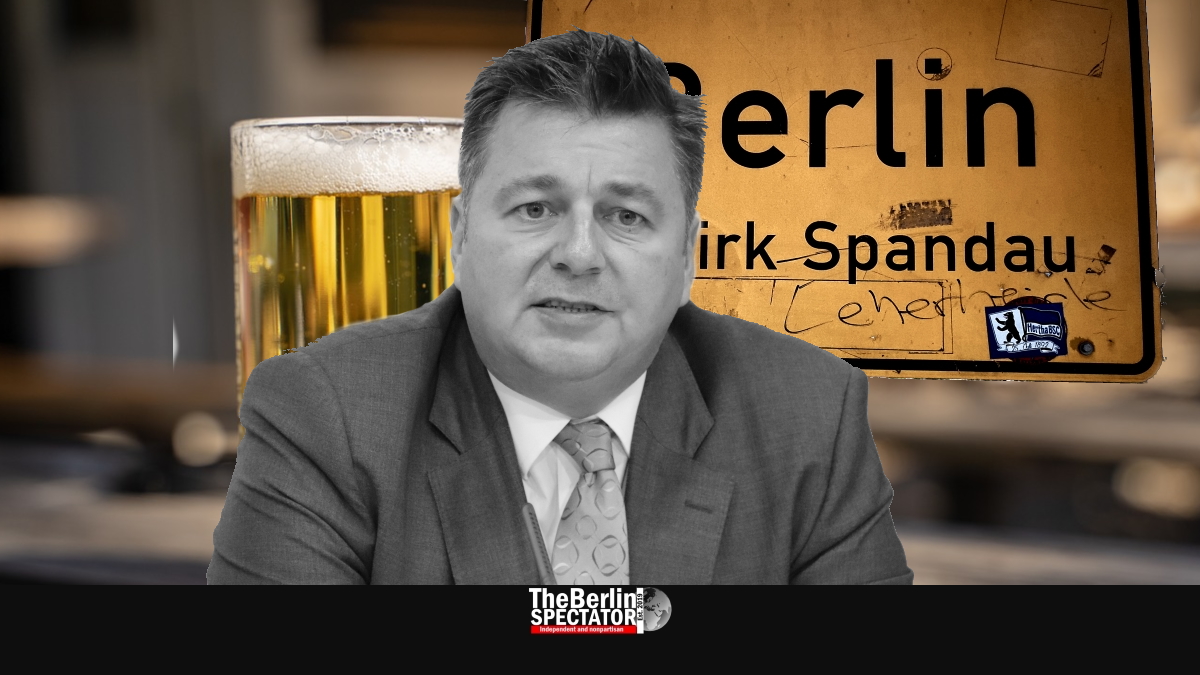 The Berlin Senate has decided to lift more restrictions that had been put in place to curb the spread of the Coronavirus. Owners of pubs, fitness studios and cinemas now have reason for cautious optimism.

In the city state of Berlin, protests with an unlimited number of participants will be allowed again starting as early as tomorrow. Berlin is the German capital of demonstrations. Before the Coronavirus hit, there were up to 5,000 protests per year. Interior Senator Andreas Geisel (on photo above) announced the changes.

But protesters will have to keep their distance to each other, a minimum of 1.5 meters (5 feet). This means, whatever happens, protests will look very different, compared to the times before the Corona crisis. In the past weeks, the Berlin Police had made sure the maximum number of participants, first it was 50, later 100, was not exceeded. Now they will have to continue enforcing the distance rule at all protests, which is not an easy task either.

Senator Geisel also announced good news for pub owners. After a two-month break, their businesses may reopen on June 2nd, which is this coming Tuesday. There are restrictions though. All guests need to sit down at tables instead of standing at the bar. And, of course, there has to be a distance of 1.5 meters between tables. Clubs are still not allowed to open.

So far, restaurants had been the only operational businesses in this industry. They had reopened two weeks ago. Regarding pubs, Berlin and other federal states in Germany had been reluctant to let them get back to business. The main problem they saw was alcohol. As soon as people drink, rules do not seem to be important anymore. It is unclear how Berlin intends to enforce the rules now that the pubs are about to reopen.

Along with restaurants, pubs will have the right to work from 6:00 a.m. to 11:00 p.m.. This also means that restaurants have an hour more than they had until now. So far, they were forced to close their kitchens at 9:00 and their doors at 10:00 p.m..

A problem in northern Germany had made politicians wonder whether reopening pubs is the right thing to do: A celebration event at a restaurant in Leer, a town in Lower Saxony, recently led to a Corona outbreak. Twenty-seven people were infected, also because the distance rule was ignored and masks were not being worn. This local outbreak highlighted the general problem with Corona, which still exists. In Berlin, the Senate decided to go ahead with the reopening of pubs anyway. One of the goals is to avoid bankruptcies.

No Showers at Fitness Studios

There is more: Gyms are about to open on June 2nd. Sports in groups of up to twelve people will be legal again, both inside gyms and outdoors. Sports centers, ballet schools and similar establishments may reopen too, but special rules apply.

It gets even better: Starting on Tuesday, open air events will be legal again, as long as the number of guests does not exceed 200. On June 16th, the maximum number will increase to 500 and on June 30th to 1,000. Congresses and trade fairs may take place indoors from June 2nd, with up to 150 guests. That number is supposed to be doubled on June 30th, 2020.

Cinemas that have convincing hygiene concepts may open on June 30th. Family events, including funerals and weddings, may take place with up to 50 participants. Andreas Geisel also said outdoor prayer services with an unlimited number of participants would be possible soon. In mid-June, the same is supposed to apply indoors too.

The Berlin Senate also changed the general contact rules to some extent. Starting tomorrow, people from up to two households, up to five of them, may meet in public. So far, meetings of this kind in Berlin had been limited to two people. Geisel said in case the situation regarding the Coronavirus deteriorated, the rules would have to be tightened again.