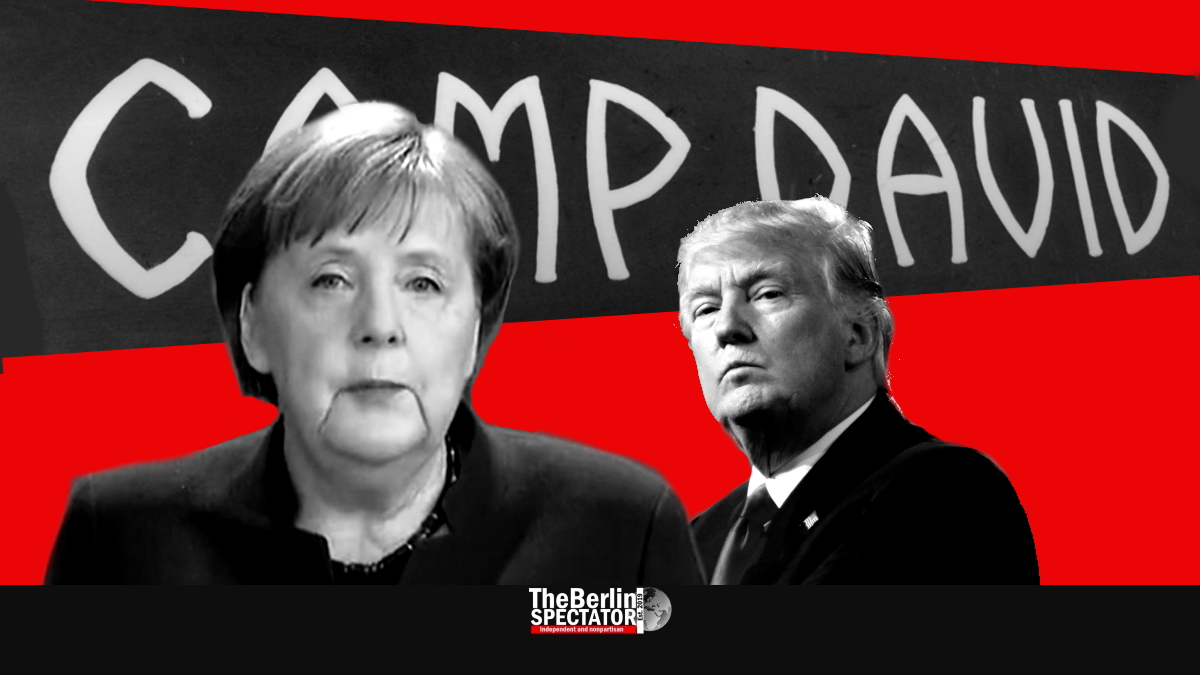 While U.S. President Donald Trump insists on holding the next G7 summit in person, Germany’s Chancellor Angela Merkel does not. Her spokesman said she could “not confirm her personal appearance”.

Trump believes holding the G7 meeting in the District of Columbia or in Camp David (Maryland) would “send a message that the world is getting back to normal.” His national security adviser O’Brien reportedly said that if there was a face-to-face meeting, it would take place at the end of June.

On Thursday, Trump spoke to his French colleague Emmanuel Macron who agreed the G7 summit should be held in person. According to the Elysee Palace, Macron is ready to travel to the United States “if the epidemic situation allows” a trip of this kind.

Angela Merkel, on the other hand, does not want to go there. The magazine ‘Politico’ quoted her spokesman Steffen Seibert. He said the Chancellor could “not confirm her personal appearance in Washington” because of the pandemic.

Argument About Corona Rules in Germany

Originally, the G7 leaders were supposed to meet in the U.S. on June 10th, 2020. President Trump cancelled the summit in March, when the Corona situation deteriorated. Apart from the U.S., France and Germany, Canada, Italy, Japan and the United Kingdom are part of the G7, along with the European Union.

In the meantime, there is no end to the discussion about the Corona rules in Germany. Winfried Kretschmann, the First Minister of Baden-Württemberg, criticized the approach his colleague Bodo Ramelow in Thuringia is taking. There needed to be a uniform approach in the Corona crisis, Kretschmann stated.

He said the federal states and the Chancellery had agreed on keeping the distance and hygiene rules in place, at least until the end of June. Thuringia needed to be bound by that agreement, like all other federal states, Kretschmann told the German Funke Media Group. “If each federal state takes its own approach, the acceptance among people will recede”, Kretschmann said.

Earlier this week, Thuringia’s First Minister Bodo Ramelow had announced his federal state would get rid of the main Corona rules in early June. This statement had led to a lot of criticism. Since, Ramelow backtracked to some extent, saying masks still needed to be worn in public transport.

In spite of several local outbreaks, the overall Corona situation in Germany seemed to be stable on Friday, as the number of Coronavirus infections stood at 182,922. More than 164,000 individuals are healed by now. In Germany, 8,504 people have died from the disease caused by the virus.

The latest Corona outbreak took place at a Free Church congregation in the city of Bremerhaven. After a prayer service, as many as 44 believers tested positive for the Coronavirus so far. At this stage, more than 100 congregation members are in quarantine, just in case. Before, there had been Corona outbreaks at a prayer hall, a restaurant, at several care homes and slaughterhouses all over Germany.

In Berlin, many people gathered at parks and markets. Some famous streets with famous restaurants, such as Bergmannstrasse in the German capital’s Kreuzberg district, were crowded. Only some people in this crowds wore protective masks. Politicians have warned Berliners to stick to the rules during the ongoing Pentecost weekend. The latter lasts until Monday night.

Berlin: The Fight For and Against a New Department Store at ‘Hermannplatz’