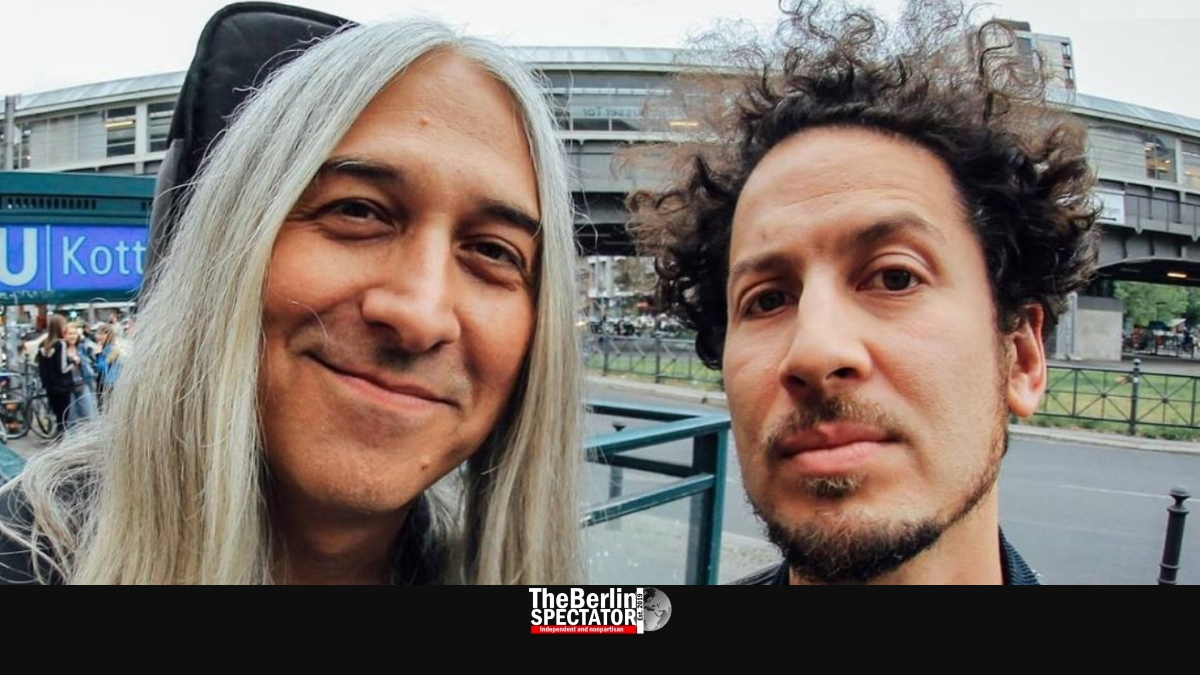 Some forty years ago, between 1975 and 1982, the best examples of Adult-Oriented Rock tunes were recorded. Now AOR quality tunes are back, thanks to a group called Young Gun Silver Fox.

‘Canyons’ was just released, the third album by a duet called Young Gun Silver Fox, consisting of the American multi-instrumentalist Shawn Lee and the British vocalist Andy Platts. They stand out.

Shawn Lee, who is also known as a video game producer, is the mastermind of the project. Mama’s Gun was the name of Platt’s former band in which he was the very convincing lead singer. These two men are doing the world a big favor: Young Gun Silver Fox is bringing back the quality of the 1970s to an area in which it is badly needed, namely Pop music.

‘Canyons’ and their first two albums, ‘West End Coast’ and ‘AM Waves’, are offering exactly what it says in their titles: West coast sound songs like the ones played on AM radio waves in 1978, the kind of music that would spread warmth, stimulate hormones and have an uplifting effect in every way imaginable.

Their earlier tunes, such as ‘Love Guarantee’ and the new ones, including ‘Kids’ could have been recorded in Los Angeles, which some of them actually were, forty years ago. Young Gun Andy Platts and Silver Fox Shawn Lee were going to tour The Netherlands in March of 2020 when Corona suddenly turned everything to sh*t.

There are a few other modern day AOR heroes on this planet. One of them is the Brazilian vocalist, composer, multi-instrumentalist and record collector Ed Motta. He also delivers Musica Popular Brasileira and Jazz-Funk, but these are related genres that go very well together. Ed Motta’s 2013 album was even entitled ‘AOR’.

Back then, in the late 1970s and early 1980s, when music was still music, when good was still good and bad was good too, turning on the radio did not mean the person who did had to expect to be drowned in garbage sounds like today. Sure, there was some of that too, but it took a very different direction.

The AOR heroes of those times would not have sounded the way they did if it hadn’t been for the creators of the stunning Soul and Funk tunes of those times, since some of their typical elements and the entire approach ended up in AOR recordings. All of those were, and still are, related genres. Acts like The Average White Band even played all of it. Young Gun Silver Fox are bringing some of the fascination back today.

Their three albums can be purchased and downloaded at the usual online stores. The same applies to the songs recorded by the pioneers, back in the days.