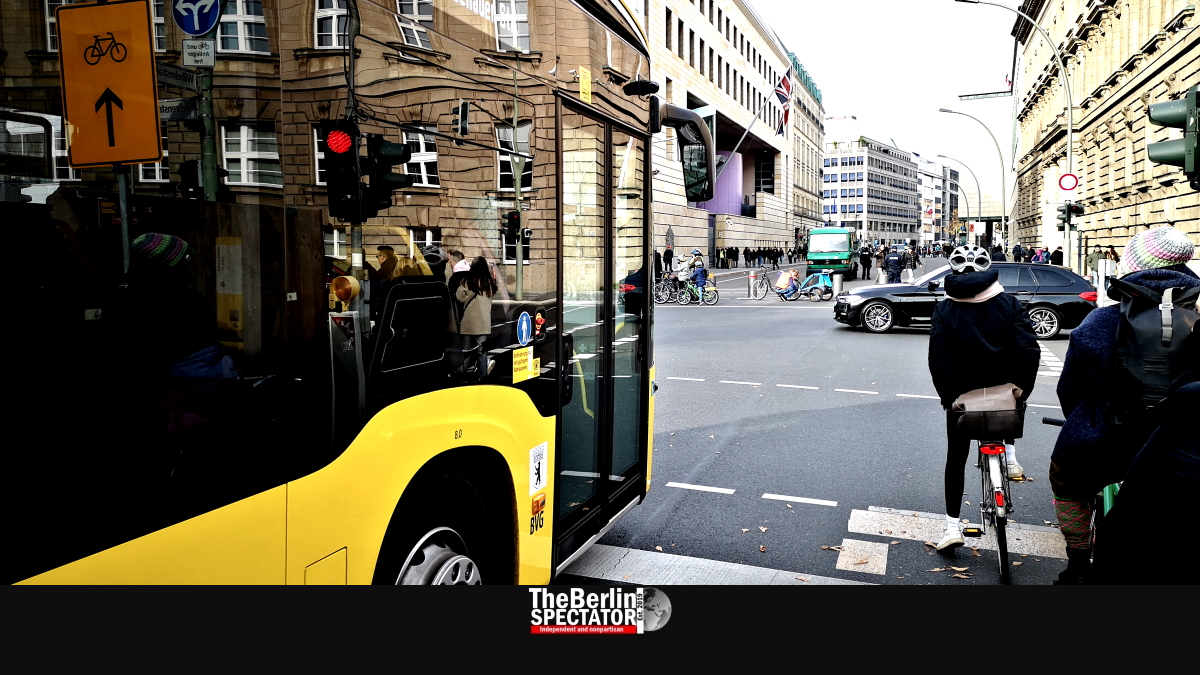 In spite of the fact that there was far less traffic in Berlin during the first months of the Corona crisis, the number of accident deaths is already high this year. Since January 1st, 2020, twenty-six individuals lost their lives on the streets of the German capital.

On Wednesday of this week, a 62-year old cyclist was heading north on Petersburger Strasse. At the intersection with Mühsamstrasse, a concrete mixer truck that had moved in the same direction made a right turn. The driver must have overlooked the lady and knocked her down. She died at the scene.

Trucks that make right turns constitute a big danger to cyclists. This year, and in the past decades, several people in Berlin have lost their lives in very similar accidents. The problem is that truck drivers have a limited view. Most trucks are not equipped with devices that alert their drivers when a cyclist approaches on the right of their vehicle.

And cyclists may not be careful enough in situations in which trucks are getting ready to make right turns. Even though they may have the right of way if they want to continue straight. they should wait behind the truck until it has moved away.

After yesterday’s horrific accident, paramedics had to treat several people on the scene who had suffered shocks, including the 58-year-old driver of the truck. He was taken to a hospital. The accident happened at 11:45 a.m. on Wednesday, which was International World Bicycle Day.

To paramedics and police officers, deadly accidents of this kind are all too familiar. In Berlin, a city of 3.7 million inhabitants, they happen all the time. Just some two weeks ago, on May 18th, 2020, a 47-year-old cyclist was run over and killed by a truck making a right turn in Berlin’s Lichtenberg district.

Since January 1st, six more cyclists died. In two cases, they were knocked down by trucks making right turns, in one it was a bus. In yet another case, the victim got hit by a passenger car and two of the victims fell from their bikes and suffered deadly injuries. The total number of cyclists who lost their lives on the streets of Berlin this year rose to 8 yesterday.

In addition, nine pedestrians have been killed in accidents since this year began, five motorcyclists, two passengers in cars and two other traffic participants. All in all, 26 people have died so far. Considering the fact that the Corona crisis decreased Berlin’s street traffic considerably, especially in March and April, this number is very high.

In the entire year of 2019, there were a total of 40 fatalities on the streets of the German capital. Three in four victims were bicyclists or pedestrians, the weakest traffic participants.

A silent vigil will be held at the scene of yesterday’s deadly accident at 5:30 p.m. on Thursday. Afterwards, a bicycle protest will be moving from there to the Ministry of Transport. The organizers, the NGO Changing Cities, are demanding more measures designed to avoid deadly accidents of this kind.