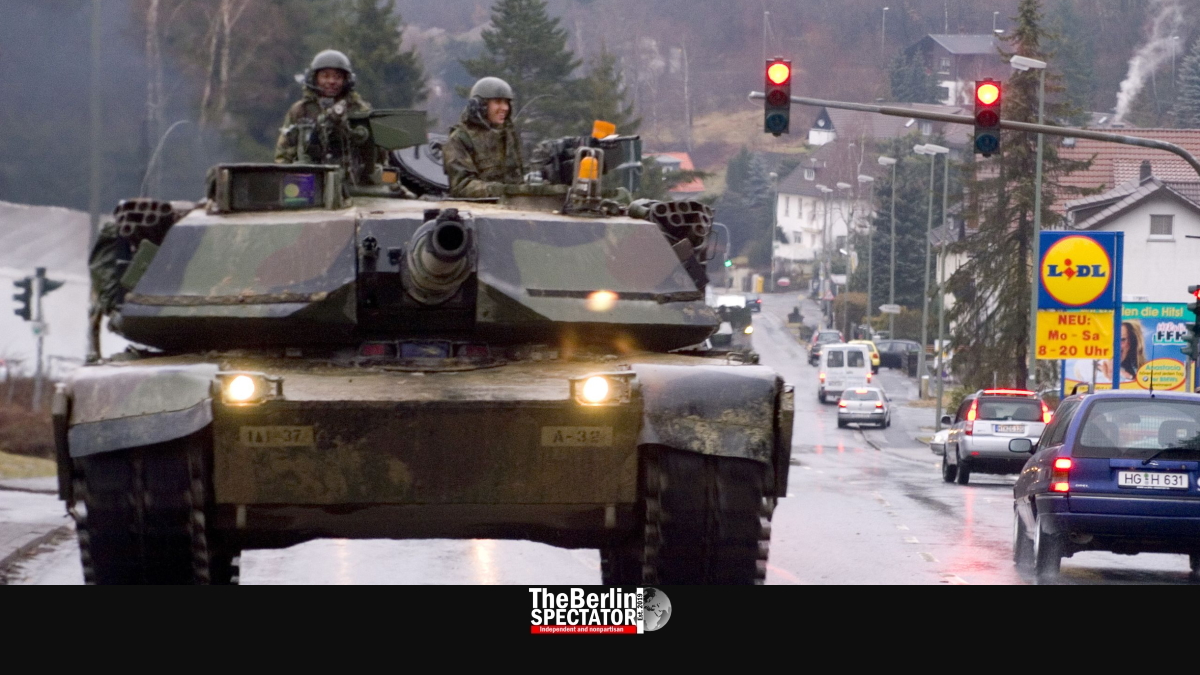 In the past decades, the U.S. Army has constantly reduced the number of its soldiers in both West Germany and the reunited Federal Republic. Now President Trump seems to want to take another step in that direction.

After WWII, millions of Allied U.S. soldiers were in Germany. Many of them were sent back to America immediately, but hundreds of thousands stayed. At first, they were part of an occupation force that was supposed to make sure Germany was under control.

In 1949, the Federal Republic of Germany was established. The Allies, who had defeated Nazi Germany and ended fascism, were still strong. But even during the Cold War, their number was gradually reduced. According to documents by the Berlin Bundestag, there were exactly 246,875 U.S. Soldiers in West Germany in 1985, when nobody knew the Cold War would be over within four years.

By 1990, the year of Germany’ reunification, 227,586 U.S. soldiers were left in the country. When we include civilian employees and family members, the number of Americans connected to the U.S. armed forces one way or another was 570,000.

With the German reunification, and with the Two Plus Four Agreement, the role the Americans and other Allies played changed. As a consequence, a giant troop withdrawal commenced. In the year 2000, just over 70,000 U.S. soldiers were left on Germany’s turf, along with some 30,000 American civilians, including family members and employees.

In 2016, the number of American soldiers had halved to around 35,000 plus around 12,000 civilians. This is the number that still applies today. The U.S. Army and Air Force soldiers in Germany are spread all over the south-western part of the country. Ramstein is a major base. There are more of them, for instance in Spangdahlem, Baumholder, Wiesbaden, Landstuhl and Germersheim.

By now, they have alternatives. Poland is a little more interesting, geographically. So are Romania and Bulgaria, where the U.S. armed forces have conducted several big maneuvers in the past years. Also those countries complain less that the Germans. But they might also pay less. Even though Germany is not required to cover any maintenance costs for the U.S. Army anymore, it has contributed 240,000 million Euro (271 million U.S. Dollars or 214 million Pounds Sterling) since 2012.

Now The Wall Street Journal reports U.S. President Donald Trump wanted to limit the number of American soldiers in Germany to 25,000. Neither Washington nor Berlin have confirmed plans for any pullout of almost 10,000 soldiers, so far. Some of them will reportedly be sent home. Others might be moved to Poland and other Eastern European countries.

Apparently, Mateusz Jakub Morawiecki, Poland’s Prime Minister, is keen on welcoming them in his country. In a radio interview, he said he hoped they would indeed be moved over.

The Wall Street Journal says, by pulling out thousands of soldiers, Trump was reacting to Germany’s defense spending. In the past years, he and his former Ambassador Richard Grenell had complained about Germany’s contributions to NATO on a regular basis. Generally, Berlin is not getting along well with Trump, and vice versa.

That is why Germany assumes the decision to pull out troops, should that report be accurate, is a reaction to more aspects Trump does not like, including Chancellor Angela Merkel’s refusal to come to the District of Columbia or Maryland for the next G7 summit.