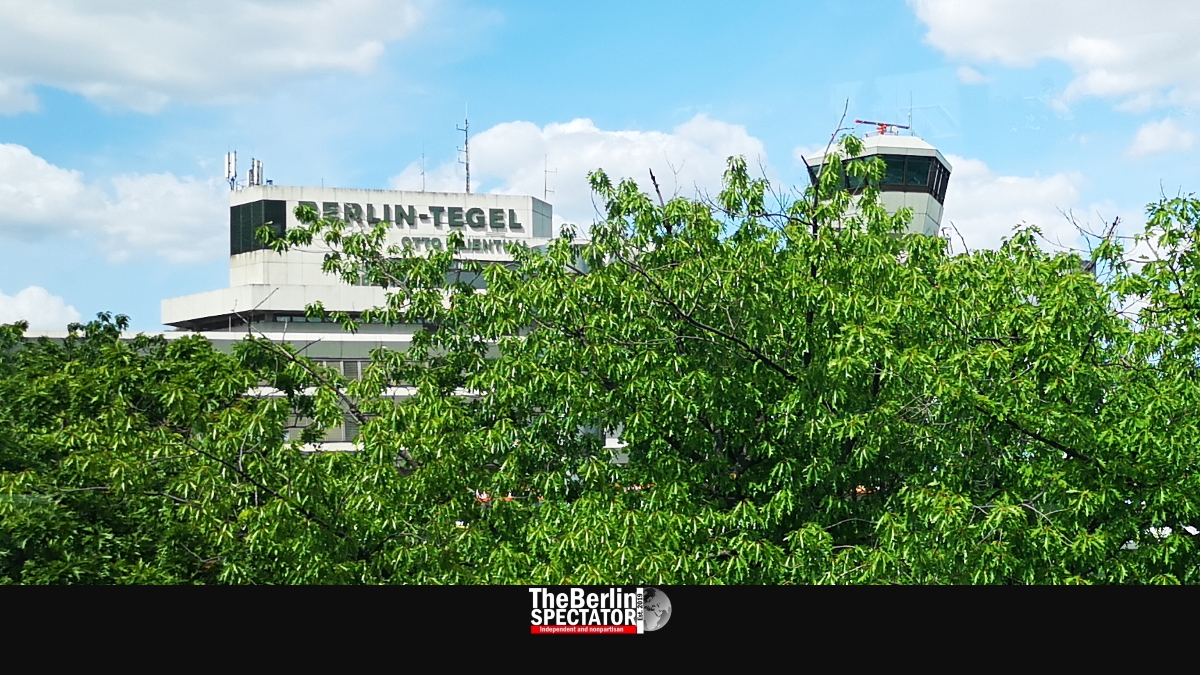 Update: June 13th, 2020. Note: An earlier version of this article, entitled ‘Berlin: The End of Tegel Airport’, was previously published on The Berlin Spectator.

Berlin’s Tegel Airport will be closing for ever on November 8th, 2020. There was supposed to be a temporary closure even before, because of the Corona situation, but it was cancelled.

When the Soviets tried to starve the inhabitants of the city’s Western sectors with their Berlin Blockade, the Western Allies started the Berlin Air Lift. Tempelhof Airport had a capacity problem which is why an additional airport was needed. So, in Tegel, the longest runway in Europe was built. A Douglas C-54 loaded with food touched down on November 5th, 1948. It was the first aircraft ever to land there.

During the Cold War, airlines from the occupation forces England, France and the United States of America were allowed to land at Tegel Airport. Air France was the first to offer regular flights to West Berlin’s new airport in 1960. PanAm, a legendary former U.S. airline, followed in 1964. Lufthansa was banned from Berlin at that time.

When aviation took off in more than one way, West Berlin’s other airport, Tempelhof, was nearly bursting. For that reason, all charter flights were moved to Tegel Airport. In the late 1980s, West Berlin’s left-wing Senate prevented the erection of a second terminal. After Germany’s reunification, Lufthansa was finally allowed to fly to – and take off from – Tegel as well.

Tegel was supposed to be closed in 2012. But because the new BER Airport was delayed, the operator FBB needed to postpone the closure a million times. In 2019, Tegel Airport and Schönefeld Airport combined broke their own record regarding the number of passengers they processed. On December 20th, the 35 millionth passenger of the year was drowned in prizes.

Then, in March of 2020, Corona hit and turned aviation into chopped liver. For two months, Tegel Airport was not really needed anymore. Still one of its owners, the Federal Republic of Germany, vetoed its closure for a while. Transport Minister Andreas Scheuer did not want to lose Tegel because it accommodates the government’s and the Federal President’s official air fleet.

Then the government gave in. Since there were hardly any passengers during the first months of the Corona crisis, Tegel was supposed to be shut down on June 15th, 2020. It could have been a final closure because of Tegel’s fixed closure on November 8th. But then the Corona situation improved to some extent. The room Tegel provides will now be needed, when Germans start flying to tourist destinations in Europe.

Once the final flight leaves it in November, Tegel Airport will not just rot and fall apart. A research center and an industrial park named ‘Berlin TXL – The Urban Tech Republic’ will take over. Soon, Berlin will have two former airports, Tempelhof and Tegel, the hexagon design of which was called revolutionary when it opened.

On the day these photos were shot, May 20th, 2020, Tegel Airport was a sorry sight. At 2:30 p.m., only nine flights were announced for the rest of the day. Eight of them were domestic, one went to Helsinki. At that time, passenger flights were down to 2 percent compared to their number before Corona hit. In April, things were even worse.

Tegel never offered flights to exotic destinations or too many intercontinental ones. That is because the airports in Frankfurt, Munich and Düsseldorf were designed to be major hubs during the Cold War, when West Berlin was surrounded by the GDR. But FBB, the operator of all major airports in Berlin and Brandenburg, is hoping BER Airport will change things in this regard, when things are back to normal. If they ever will.

Whatever happens to aviation, it will happen without Tegel. Goodbye to the last major airport in Berlin.