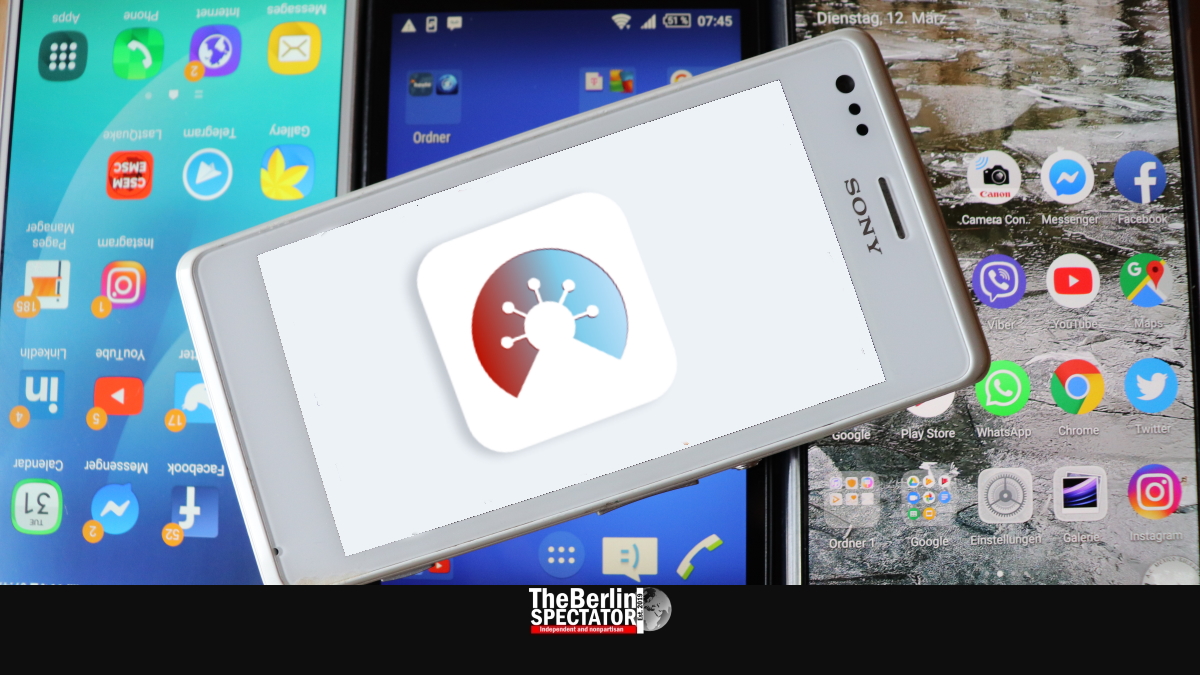 In Germany, an application for smartphones is supposed to decrease the probability of Coronavirus infections. But its development took too long.

Two months ago, in April, the Coronavirus was spreading a lot faster. People got infected in public transport, at work, and when they ignored the rules by gathering in groups. A ‘Corona App’ would have been useful, to show people how serious the situation was, and in order to notify people who were in contact with infected persons.

Today, in mid-June, the application is still not available, but it will be, according to the federal government. “In the coming days”, the ‘Corona App’ is supposed to be waiting for downloads, at the Apple Store and Google Play. Whether it will actually help, remains to be seen. There are quite a few issues.

Officially, the app “helps trace infection chains of SARS-CoV-2 (which can cause COVID-19) in Germany”, it says on the app’s own website. It is “based on technologies with a decentralized approach and notifies users if they have been exposed to SARS-CoV-2.” The government promises potential ‘Corona App’ users the following: “Transparency is key to both protect the app’s end-users and to encourage adoption.”

The app was supposed to be released in April. Then the companies SAP and T-Systems took over the project from the first development team after a big argument about technical aspects completely screwed up the schedule. It is unclear how many Corona infections could have been prevented, had the app been available when it was supposed to be.

Germany’s ‘Corona App’ was intended to be part of a European project, meaning it should have worked in other European Union countries as well. This aspect is important, for instance to commuters and tourists. But, for now, it will trace infected persons in Germany only. The government says it is working on the issue.

In Germany, data protection is a religion. Years ago, the nation’s inner urge to prevent almost any data exchange even made Google abandon StreetView, an integral part of Google Maps, in Germany. In the case of the ‘Corona App’, data protection worries might lessen the effectivity.

First of all, nobody will be forced to download the app, even though there are voices in Berlin who say, people should be. Secondly, those who want to use it need a smartphone. Germans who do, and who download it, do not have to activate it. And users who do the latter still have to switch on the ‘Exposure Notification’ function on their phones.

In theory, the app is supposed to warn users when and if they came in contact with a person infected with the Coronavirus. There seem to be a lot of ‘ifs’ though. Any infected user would not only have to download and activate the app and change the settings on the phone it is installed on, but also change his or her status accordingly. And the BlueTooth connection has to be strong enough for the whole thing to work.

The ‘Rolling Proximity Identifier’, a number every phone with the installed and activated app has, changes automatically, on a regular basis. That way, nobody can be traced down. At the same time, the infection status is being sent to the system and its users. The app’s success will depend on how many users it will have.

Germany’s ‘Corona App’ could not only work on streets, in shops and malls, but also in companies. But even there, it will only cover those who use it, and it would still rely on infected users to change their status accordingly. Besides, no manager or CEO seems to have the right to force employees to use it, for instance on phones given out by the company. A discussion about this aspect is taking place in Berlin as well.

Another subject Bundestag members are looking into is the costs. Users will not have to pay, but the state does. The development of the ‘Corona App’ cost 20 million Euro (22.5 million U.S. Dollars or 18 Pounds Sterling). Up to 3.5 million Euro (3.9 million Dollars or 3.1 million Pounds) per month are needed to run the servers and hotlines people can call. While the government is happy it managed to keep the costs “in the low two-digit million range”, others are not.

The Chancellery knows the ‘Corona App’ could and should have been released earlier. “From today’s perspective, the decision to have those two companies develop the app could have been taken ten days earlier”, Chancellery Minister Helge Braun conceded in an interview with the ‘Welt am Sonntag’ weekly.

In the meantime, the government is hoping for the best while advertising its app. Chancellor Angela Merkel’s spokesman Steffen Seibert took off his tie before he answered countless messages received from Facebook users in three video clips. He even threw his arrogance overboard before he recorded those. Berlin is hoping people will actually use that app, now that even more Germans seem to be underestimating the Coronavirus.

The English version of the ‘Corona App’ website can be reached here.