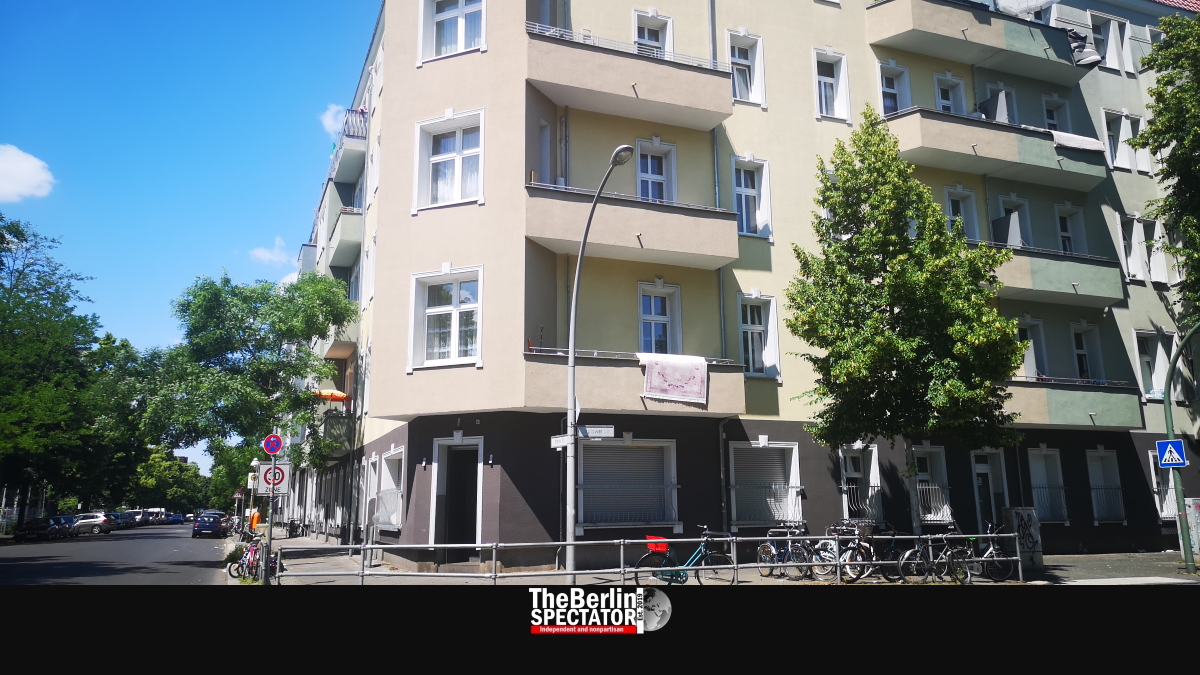 The health authorities in Berlin are trying to control the situation in at least one apartment building. Many tenants, most of them are Romanians, are infected with the Coronavirus. All of them are supposed to be in quarantine now, but not everyone agrees.

Traffic at the corner of Harzer Strasse and Treptower Strasse is always busy. It is hardly possible to cross because vehicles are racing by all the time, even though all streets in this area are small. One of the apartment blocks at the corner accommodates many Romanian nationals some of whom do not want anyone to take photos of the building. They start shouting from several balconies: “Why are you doing this, a**hole? Hey! I am talking to you!”

A photographer who lives in this neighborhood explains he had been sent here on Saturday morning, to take some shots when public health officers had entered the building. According to him, tenants in two parts of the block, with separate entrances, are affected by the Corona outbreak and the quarantine.

In front of a small convenient store across the street, a teenager who works there takes a cigarette break. She pulls her mask down in order to be able to smoke, but still wears plastic gloves. The situation was difficult, she says, also because two individuals had left the apartment building in spite of the quarantine. Both of them had come to purchase things at the shop.

It is not the first outbreak in Germany since Corona hit the country on January 27th, 2020. But it is one the Berlin authorities are having trouble with. First of all, the quarantine does not seem to be working. Secondly, they cannot comprehend or establish how or where this outbreak started.

A note regarding the nationality of the people mentioned here:
Two readers have commented on this article with far-fetched accusations against this publication. The fact that the nationality of the residents in that Neukölln apartment block was mentioned does not discriminate them at all. Besides, we always mention nationalities, also because this is a publication for expatriates. We just removed the part about their German language level.
A general word about discrimination against Eastern Europeans or anyone else: This publication rejects anything of the kind. By the way: The ethnicity of the people in that Berlin apartment block was not mentioned from the start, for that reason. But it was in articles in which it was an important aspect, including our feature about the discrimination against the Bulgarian Roma.
Those who intend to accuse us of discrimination came to the wrong address. Please check our editorial charter and our content.
Thank you.
Imanuel Marcus (The Berlin Spectator)

By Monday afternoon, 52 persons in the building were officially infected, according to ‘Redaktionsnetzwerk Deutschland’ and other German-language media, but there might be even more. One man, a pastor, had been taken to a hospital, the ‘b.z.’ daily reported. Additional Coronavirus tests are pending. This week, all residents in this apartment building in Berlin’s Neukölln district, hundreds of them, are supposed to be tested.

The communication with the Romanian families is not easy. Translators are helping health officials whose task it is to inform the residents about Corona, quarantines and other related questions. Social workers are involved as well. Some residents reject Corona tests.

Apart from everyone in the apartment building, two entire grades at a nearby school were sent into quarantine too. RBB television reported, as many as nine schools were already affected. The authorities are determined to stop this outbreak, also because it might already be spreading to several other districts, as the city councilman Falko Liecke told the RBB.

According to the ‘b.z.’ daily, two more apartment buildings in Berlin are affected. They are located in the German capital’s Spandau and Wedding districts. Just like in Neukölln, many of the tenants are Romanians. They might know each other. The authorities believe the outbreak may have started at an event residents of all three blocks took part in, or during prayer services.