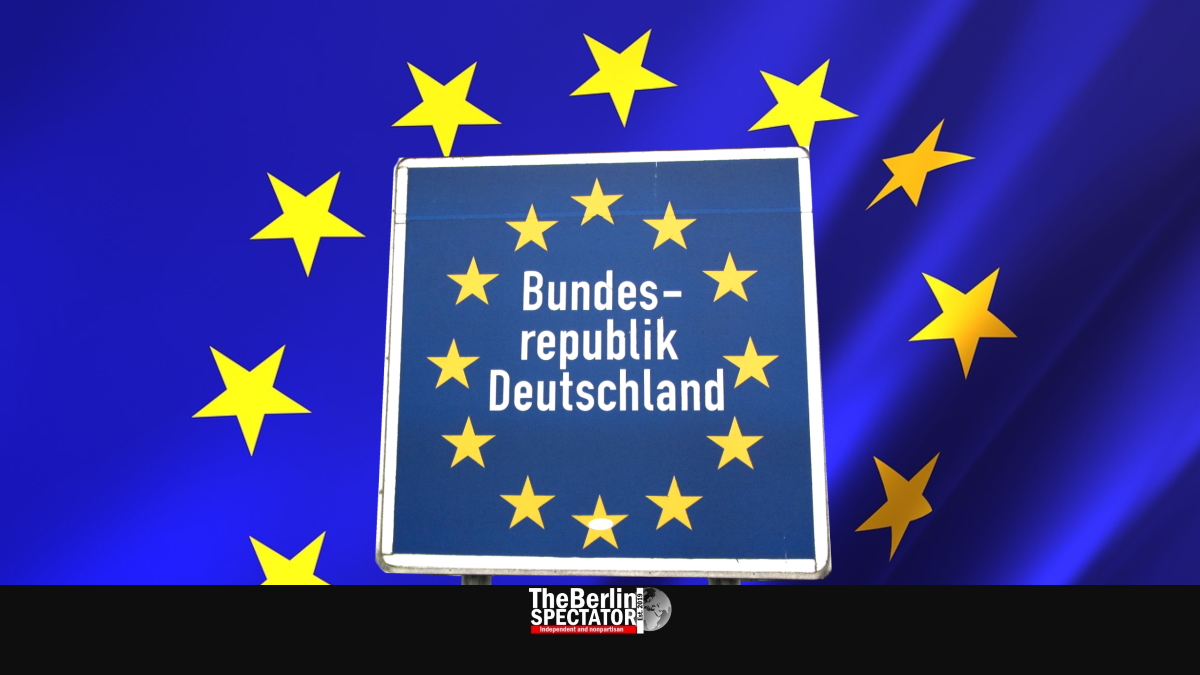 Germany just reopened borders to several of its nine neighbors after Corona had kept them closed for three months. Many other E.U. countries followed suit.

Just like most other European Union countries, the Federal Republic of Germany is accessible to citizens and holders of residence permits from E.U. and Schengen partner states again. Interior Minister Horst Seehofer had ordered a gradual reopening of borders last week, which is completed now.

Some E.U. countries chose different approaches. Starting today, Denmark will let residents of Germany’s north-western federal state Schleswig-Holstein enter without restrictions. The same applies to Icelandic and Norwegian citizens. Germans or other E.U. citizens who own vacation homes or who have direct relatives in Denmark may enter as well.

While the ‘principle of reciprocity’ usually applies, Germany is not following it in this case, meaning Danish citizens may now enter Germany freely, without complicated rules or evidence for anything.

Spain is reopening its borders one week later, on June 21st, 2020. Almost 11,000 Germans who are part of the tourism industry will be visiting some of Spain’s Balearic islands starting today. They are exempt from the travel ban and the quarantine rule that still applies. Poland, one of Germany’s direct neighbors, reopened its borders on Saturday. Italy, which was hit by Corona very hard, opened up ten days ago.

Bulgaria, the poorest E.U. country is reopening its borders for E.U. citizens today, in spite of the fact that its number of Corona cases is increasing again. At the same time, the government in Sofia is easing Corona restrictions in spite of the situation. Most other E.U. and Schengen countries opened their borders to E.U. citizens today as well. The border between the Netherlands and Germany was never closed during the first part of the Corona crisis. In the United Kingdom, a partner country, the Corona situation is still very serious. Quarantines apply to those who enter the country.

In Berlin, Health Minister Jens Spahn asked Germans to be careful during any trips they might take abroad. In an interview with the TV broadcast ‘Bericht aus Berlin’, Spahn said people needed to ask themselves whether trips by train or plane were really necessary right now. At least passengers should be wearing masks and keep their distance, he stated.

Apart from the few exceptions, German citizens may cross Germany’s borders in both directions starting today. The same applies to holders of residence permits. Citizens from E.U. and Schengen countries, or those who have a residence permit issues by any of those countries, may generally enter Germany now.

In the meantime, Germany is about to release its ‘Corona App’ for smartphones. At first, the government had announced the release for “the coming days”. Now it seems it might happen on Tuesday. The app is supposed to protect users. It reports whether they have been in contact with a person infected with the Coronavirus.

But the ‘Corona App’ will only be effective if many people use it and if they volunteer information about their health status. The software does not track down Corona patients or anyone. It does not save phone numbers or names, but works on an anonymous basis. Still there are data protection activists in Germany who reject the app.