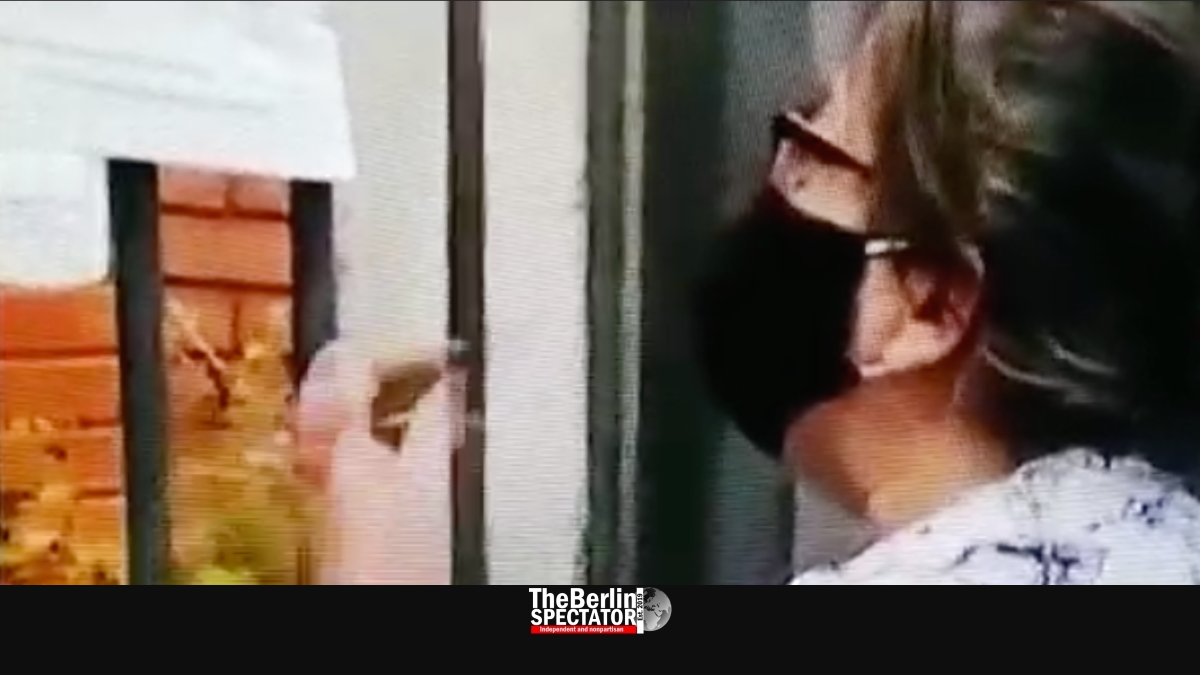 Scandal-plagued German charity Kolping International is facing another controversy with the sudden closure of its technical school in Paraguay.

Parents and students have boisterously protested the unannounced decision to close the Kolping Technical School – Colegio Técnico Kolping – in the Paraguayan capital of Asunción. “They never gave us an official statement,” said a parent who asked not to be named.

The school is one of the community projects that Kolping International supports in Latin America, Europe, Africa and Asia. Based in Cologne, the Catholic charity has undergone a series of corruption allegations, performance shortfalls, financial difficulties and management problems in recent years. Kolping is closely tied to the German Christian Democratic Union and the Archbishop of Cologne. It is also chiefly backed by German public funds.

COVID-19 has been named as one of the reasons for closing the Paraguay school. But according to a local media report, parents were told the decision was driven by a lack of funds. This drew questions and ire, because many parents have prepaid their tuition for the entire school year. In a letter to Paraguay Education and Science Minister Eduardo Petta, a group of parents said they signed contracts and promissory notes with the school – meaning they are legally required to pay Kolping for services they may never receive.

There has been no mention of refunds or other compensation, or the possibility of home-schooling until the crisis passes. Rather, Kolping official Olaf von Brandenstein told parents at a May 4th meeting that their children could transfer to other schools, according to the media report. For some Paraguayan families, this is much easier said than done. “The students studying electromechanics had to change their careers, and some decided to lose the year,” said the parent.

Parents accused von Brandenstein, a former GMO lobbyist who has overseen Kolping’s troubled Paraguayan operations for many years, of not responding to their questions and concerns. Parents have asked Education Minister Petta to intervene and find a solution.

“They protected themselves financially very well by pre-registering our children. There are parents who paid for the entire school year,” the parent said. “If there were parents who were not paying, they were a minority. This can be seen in the accounting records.”

Questions about the whereabouts of money are not new to Kolping’s operations in Paraguay. In 2010, then-director Brigitte Fuzellier discovered much of 1.4 million Euro (1.58 million U.S. Dollars or 1.25 million Pounds Sterling) in German and E.U. public funds was not properly spent. A school was equipped only with a poorly functioning sewing machine, and the ‘Spiegel’ magazine reported the building was used a brothel to entertain soccer players and others.

Kolping repaid 241,000 Euro (271,160 Dollars or 215,110 Pounds) to the German government following an official investigation. As retaliation, Kolping fired Fuzellier and concocted a series of bogus allegations, including a dubious criminal defamation charge filed against her by von Brandenstein.

Yet, German taxpayers continue to fund Kolping’s work in 40 countries on four continents. The Federal Ministry for Economic Cooperation and Development (BMZ) provided 63.1 million Euro (71 million Dollars or 56.27 million Pounds) from 2010 to 2018 – well over half of Kolping’s total revenue, according to its annual reports.

Kolping spent €1.9 million on projects in Paraguay during this 9-year period. A BMZ spokesperson said the agency has not given money to Kolping International for its work in Paraguay since 2010, when the original funding scandal occurred. The sources of these funds – including for the now-closed Colegio Técnico Kolping in Asunción – are not listed in Kolping’s annual reports.

Related article: Kolping: A Profitable Non-Profit Charity by Mark Worth

Mark Worth is the executive director of the European Center for Whistleblower Rights and Whistleblowing International, non-profit organizations based in Berlin. He is a member of the UN Expert Group on Whistleblowing, an advisor to the European Union and an award-winning journalist and publisher.