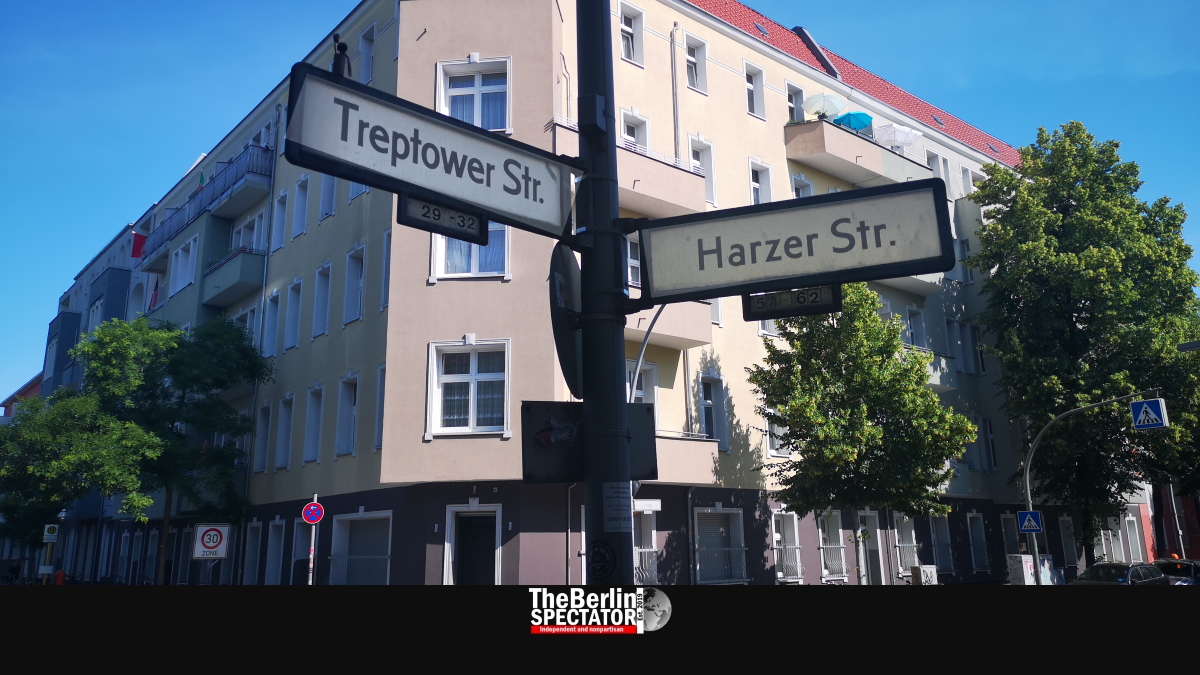 The authorities in Berlin are dealing with a local Coronavirus outbreak in several apartment buildings. At this stage, some of the hundreds of tenants affected are not following the quarantine.

The situation in Berlin’s Neukölln district is serious in the sense that the Coronavirus outbreak the local health authority bumped into has the potential to spread much further than it already has. So far, 57 Coronavirus cases were counted in seven apartment buildings that accommodate hundreds of people. Two persons are being treated at hospitals.

At a press conference in the early afternoon, councilman Falko Liecke, who is in charge of health matters, said his authority wanted to help those affected. “We know the families are in a very difficult situation, also because of the weather”. He said the latter was not ideal for a quarantine, but the measure would be enforced now anyway.

The health authority found out about the outbreak eleven days ago, on June 5th, 2020. Three kids at two schools tested positive for Corona during a routine check that was performed there. All three kids were traced back to the same apartment building. Once this fact was on the table, the health authority started digging deeper.

Liecke said he expected more cases. Many inhabitants of those apartment buildings at and around the intersection of Harzer Strasse and Treptower Strasse were already tested. Some results are pending while many more tests are to be done this week. The issue ist that not everyone in those buildings has agreed to be tested.

During the testing process, the quarantine will be enforced. There is an “escalation concept” the authority was following, Liecke stated. The first stage consists of explaining things to the inhabitants and to advise them. Many of them are poor families from Romania. Translators and social workers are involved in the process.

If necessary, meaning in case the quarantine is still not being followed after stage 1, a more unambiguous message will be conveyed to the people affected, according to Falko Liecke. He said it would include the legal consequences they would face if they left their apartments during the quarantine period. The third escalation level would mean to involve the police. “We can enforce the quarantine. Contacting the police is the last resort”, Liecke stated.

A British tenant in one of the buildings affected told The Berlin Spectator, about one fifth of residents in his block were not Romanian. He said he had followed all Corona rules. “Unfortunately I do need to leave my apartment for work. So this lockdown has affected my income. However, we have been offered compensation due to the loss of earnings, which is good.”

The resident, who wanted to remain anonymous, said he had not noticed any health workers on site this week. “I have not seen any officials in the building since Saturday, when we were informed of the lockdown. However, that is only what I can see from my apartment window as I have not been outside.”

Because there are many children in those buildings in Berlin’s Neukölln district, the health authority is thinking of ways to let them play outside a little. Some of the yards between the blocks might be opened for that purpose, during the quarantine period. No decision has been taken up to now.

Residents in as many as 369 apartments occupied by one to ten persons each are supposed to be in quarantine. The total number of people affected is unknown at this stage. There might be more than 2,000 of them. According to Liecke, 120 health employees are dealing with the situation.

Because of the outbreak and the quarantine that needs to be enforced, the authority is not able to do its usual work right now. For instance, they normally visit all mothers with newborns in the district, to make sure the situation is appropriate. Support from other authorities might be called in.