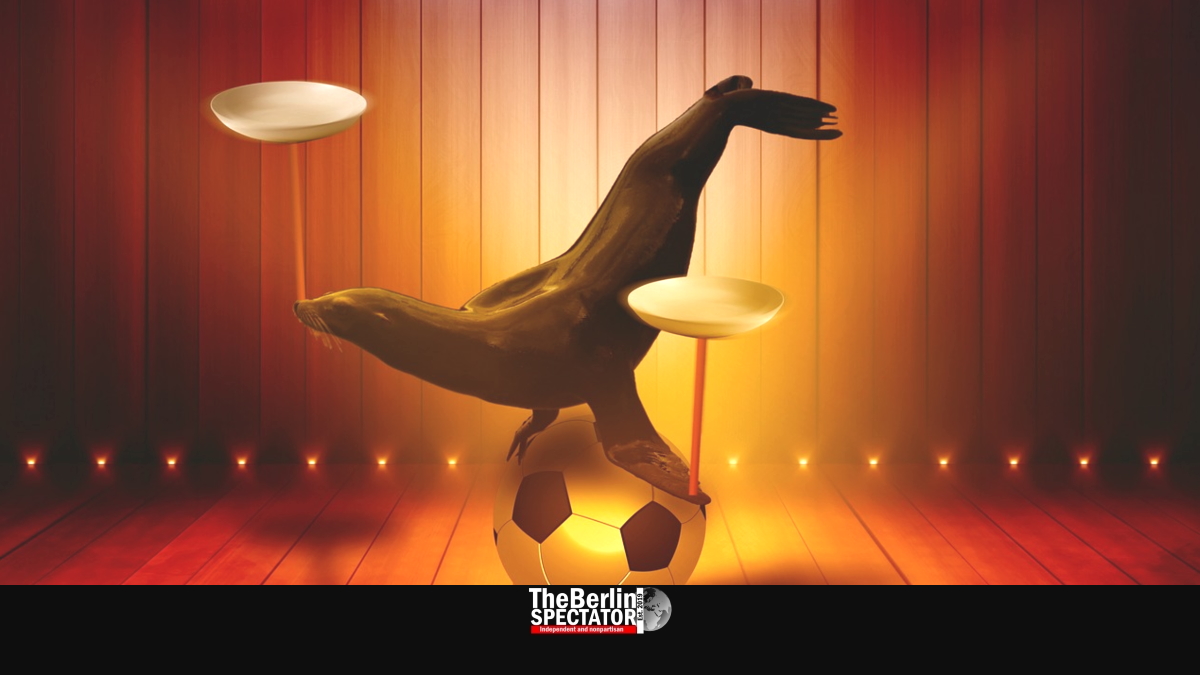 Do you remember the 21st night on September? We don’t either, because it has not taken place yet. But soon we might, since the month of September is supposed to bring back large cultural events. Will it?

The schedule for ‘The Lion King’ musical at Hamburg’s ‘Theater im Hafen’ right at the city’s beautiful port, is a sorry sight. In June, the entire thing is cancelled. The same applies to every single day in July. There is no ‘Hakuna Matata’ at all in August either.

That is because large events with audiences of more than 1,000 people are forbidden in Hamburg and all of Germany until August 31st, 2020, thanks to the Corona pandemic. So, will the ‘Lion King’ get back into his adventures on September 1st? Maybe because everything will suddenly be fine on that date? Obviously, there are many who doubt it.

Still, the musical promoters are selling tickets for daily ‘The Lion King’ performances starting in September, for 69.90 to 151.90 Euro (79 to 172 U.S. Dollars or 63 to 136 Pounds Sterling) per person. But neither they nor ticket holders can rely on the show actually talking place. It should be renamed ‘The Virus King’, because it is Mr. Corona who decides.

‘We Will Infect You’

The promoters of ‘We Will Rock You’, the Queen musical, are overly optimistic as well. They are offering tickets for exactly 153 events all over the Federal Republic of Germany, starting in October of 2020. The alternative title in this case would be ‘We Will Infect You’. It is unclear whether the Corona situation will improve that quickly.

Disney’s ‘The Ice Princess’ musical announced even more nights, a total of 315 of them. But she is more careful. The tour is scheduled to commence in March of next year. Andrew Lloyd Webber’s stationary ‘Starlight Express’ musical in Bochum, on the other hand, will be back in business in December, if everything goes well.

But most promoters are relying on 2021. The later they schedule their musical performances or gigs, the higher the probability their cultural events will actually take place. Queen, the actual band, with Adam Lambert, will hit stages in June of 2021.

Tribute bands are popular these days because their are inexpensive, compared to the original groups, and they obviously exist as opposed to many of the acts they copy. Therefore, the ‘Pink Floyd Tribute Band’ is scheduled to raise the roofs of a long list of venues in Germany starting in January. ‘Simply the Best’, the Tina Turner musical, might have to be renamed ‘Simply the Pest’. It is scheduled to go ahead in March.

The promoters of the most terrible events on the face of the Earth, the ‘Schlagerfest XXL’, which features horrific German ‘Schlager’ songs, decided to spread what they call music in April and beyond. None other than the brilliant Soul and Pop vocalist Lionel Richie will be coming in June.

In most cases, tickets purchased before Corona messed it all up will be valid for postponed tours. What musicals are concerned, the promoters should inform ticket holders about what they should do. Generally it is up to the organizers to return people their money or to provide alternate dates.

Tiny indoor events with up to 150 people are allowed in Berlin and other parts of Germany. In the capital, that number will double from July 1st, 2020. This means stand-up comedy or theater nights in smaller venues can already be enjoyed. The same applies to small concerts. But nothing really is ‘Hakuna Matata’ yet, also because the risk for Corona infections at closed locations seems to be high.