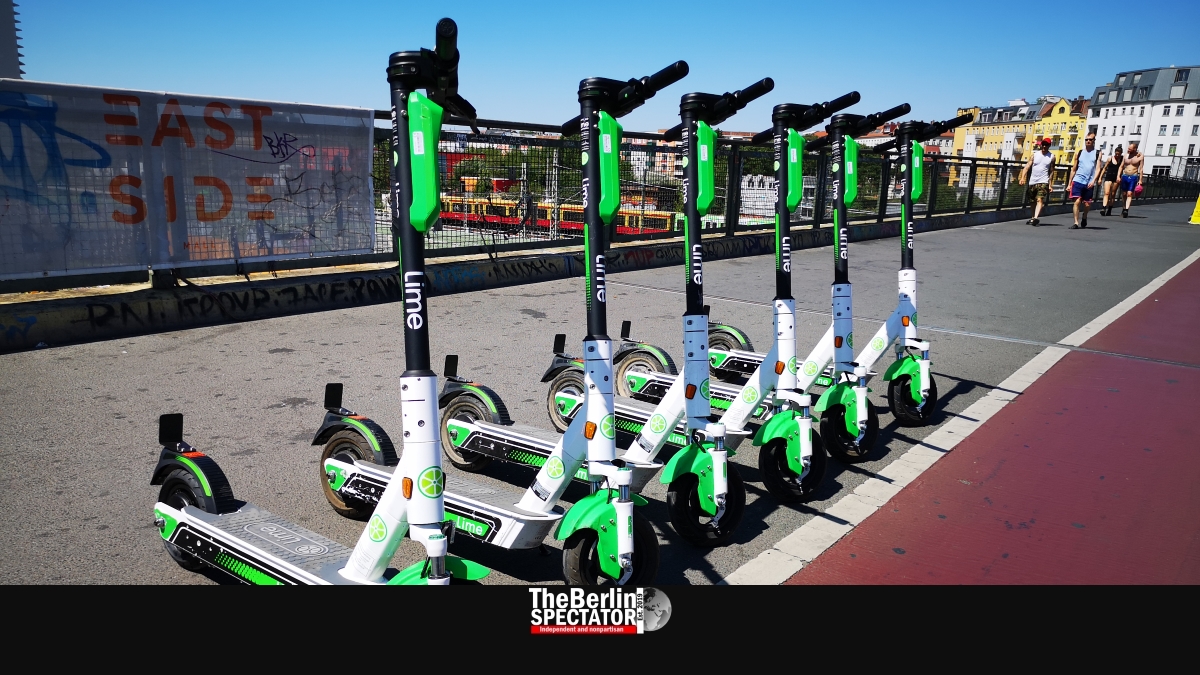 Berlin’s Police Department is sounding the alarm. Too many e-scooter users cause accidents. Serious injuries and even one death were reported. Besides, people do not seem to know the rules.

The positive side of the coin is obvious: Individuals, including tourists, can move around in Berlin easily. Taking e-scooter rides is fun indeed. But there is a flip side. The Berlin Police Department just released numbers that show there is a problem.

From June 15th, 2019 to March 31st, 2020, there were 354 accidents that involved e-scooters. One person died, 38 individuals were injured severely, while 182 persons sustained light injuries, according to those statistics mentioned by German-language media.

In the same time period, police in the German capital distributed as many as 3,340 tickets to e-scooter riders because of infractions they were responsible for. As it turns out, many e-scooter enthusiasts do not know there are rules. And those who know do not seem to care much.

These are some of the rules:

Making people aware of the fact that e-scooters are not toys, but vehicles propelled by electric motors is the responsibility of the companies that rent them out. Adding clear instructions to the apps is one way of doing it. The thing is that riding those e-scooters is more difficult and requires more attention that some people seem to believe.

In January, Berlin’s Charité university hospital came up with statistics regarding e-scooter accidents for July of 2019. More than half of all accident victims sustained head injuries. Many wounds on feet needed to be treated. The same applied to broken legs, arms and hands.

During the first three months of the ongoing Corona crisis, most rental e-scooters disappeared from the streets of Berlin. Now they are back. Renting them is rather expensive. An 8-kilometer trip (5 miles) can cost 12 Euro (13.50 U.S. Dollars or 10.75 Pounds Sterling).

The Berlin Police Department said its officers would continue monitoring e-scooter users. It is a foregone conclusion that more tickets will be distributed to those who do not behave.

Some of Our Features