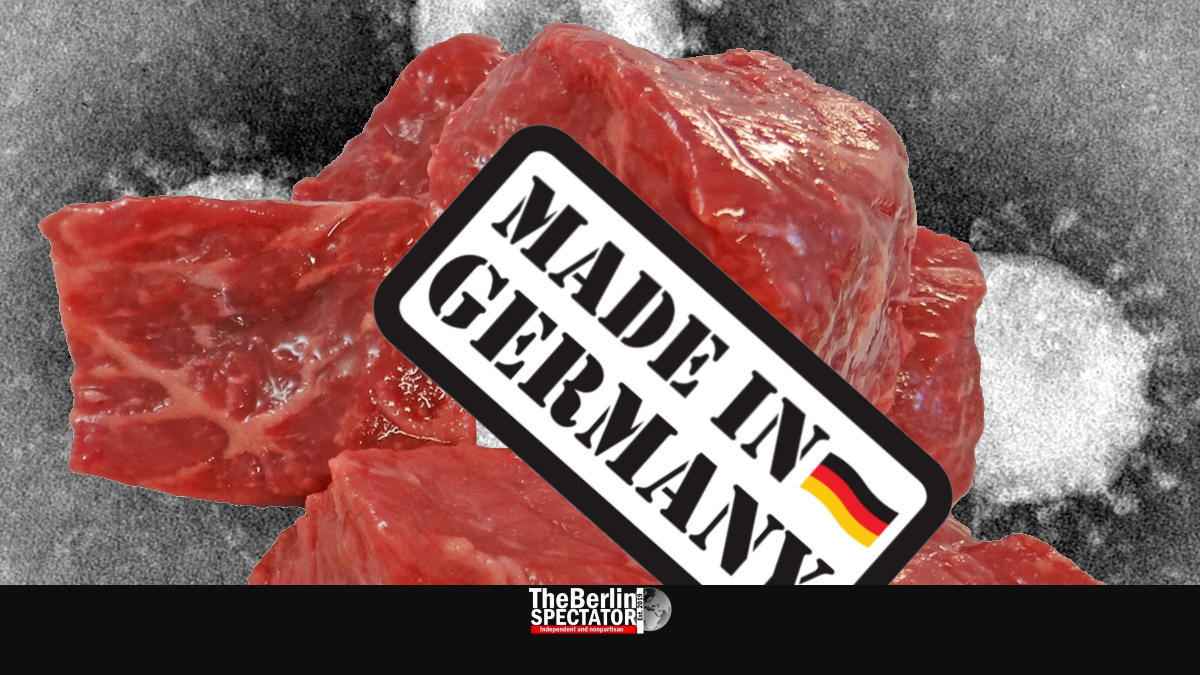 In Germany, local health authorities are fighting local Coronavirus outbreaks in Berlin, Göttingen and Rheda-Wiedenbrück. In the latter case, they needed to ask the armed forces for help.

While the number of new Coronavirus infections in Germany generally remained relatively low, three local outbreaks show the danger the virus still poses. At the same time there are patterns. For instance, it is not the first time it happened at a meat factory.

Tönnies is a large company that runs such a factory and slaughterhouse in the town of Rheda-Wiedenbrück in Gütersloh county. This is where as many as 730 persons tested positive for Corona so far. On Wednesday, the number had stood at 657. More than 7,000 people are in quarantine because of this local outbreak.

At the factory, 5,300 more workers need to be tested as quickly as possible. Because the local authorities have reached their capacity limits, Germany’s armed forces, the Bundeswehr, are supposed to assist them. Thirteen medics will help with the tests while 12 regular soldiers were ordered to work on the documentation. The military has been asked for help in this crisis before.

The outbreak at the Tönnies meat factory does not come as a surprise to many since there have been outbreaks at slaughterhouses before. Germany’s Labor Minister Hubertus Heil intends to “clean up” the meat industry now that a pattern has been established. Soon he intends to come up with a new law which is supposed to force companies to monitor the working hours at their meat factories.

Heil also wants to make sure the responsibility for the accommodation and treatment of guest workers cannot be passed on to subcontractors anymore. As it turns out, Eastern European Tönnies workers in Rheda-Wiedenbrück lived under terrible conditions in Gütersloh county. Rooms and apartments were crowded and dirty.

The authorities found rats in some places, mold fungus and many similar problems. Besides, issues of this kind have been found before. Again, the Corona crisis is highlighting deficiencies, to say the least. The Labor Ministry says it was determined to improve things once and for all.

The outbreak in Gütersloh county, which is part of North Rhine-Westphalia, Germany’s largest federal state, has another political component. First Minister Armin Laschet, a member of Chancellor Angela Merkel’s CDU who wants to become chairman of the party and her successor, was harshly criticized for blaming Romanian and Bulgarian guest workers for the situation. He had stated the outbreak had happened “because Romanians and Bulgarians entered, and that is where the virus comes from.”

Foreign Minister Heiko Maas, who is a member of the center-left SPD, the junior partner in Merkel’s government coalition, said Laschet’s statement was “extremely dangerous”. During a visit to Bulgaria he demanded an apology from Laschet. “Absurd recriminations” like this one could amplify certain discussions in Germany, Maas said. Laschet had added fuel to the flames.

After being bombarded with criticism for his statement, Laschet himself said it was wrong to blame people of any origin for the virus. This was self-evident to his government. Some interpreted this statement as a semi-apology.

In the meantime, another local Coronavirus outbreak was reported. This time it is the city of Göttingen. At least 20 residents of an apartment building are infected, including two schoolchildren. One school and a kindergarten were already shut down. More Corona tests are being performed. The authorities in charge intend to inform the public about the latest developments later today.

In Berlin’s Neukölln district, yet another local Coronavirus outbreak is being dealt with. Hundreds of residents in several apartment buildings are in quarantine. So far, there are 85 Coronavirus cases, including 36 children and adolescents.