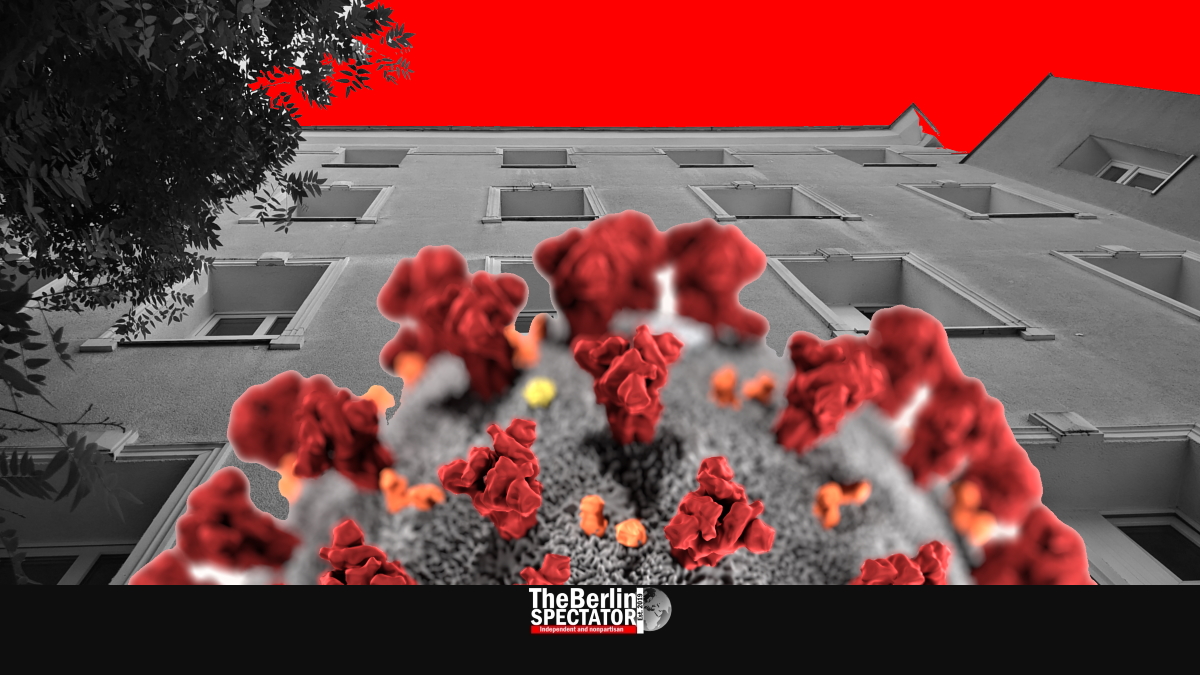 The authorities in Güthersloh county are trying to control the largest local Coronavirus outbreak in Germany so far. Another serious situation is being worked on in Berlin’s Neukölln district, where the number of infected persons is rising as well.

The Corona outbreak at the Tönnies meat factory and slaughterhouse in Gütersloh county is not just a case for health officials, but also the prosecution in Bielefeld. The latter is investigating charges of bodily harm as well as violations against the infection protection law.

One of the complaints against Tönnies was handed in by Britta Hasselmann, a Green MP who said the big Corona outbreak at Tönnies had been caused by non-compliance with industrial safety rules, terrible work conditions and “irresponsible living conditions” of the guest workers employed there.

While people in all parts of Germany are asking themselves how safe it is to consume meat from supermarkets, a large share of which was produced by Tönnies, the authorities in the town of Rheda-Wiedenbrück, where the factory is located, are working hard.

The government in Berlin wants the situation in Gütersloh county to be resolved as soon as possible. In Berlin, a Health Ministry official said the task was to “interrupt all infection chains”. In order to be able to do so, the authorities on site are testing thousands of employees for Corona. Because they do not have enough manpower, 25 soldiers are helping.

So far, 803 persons tested positive for the Coronavirus. Seven thousand factory workers need to be tested. The Tönnies case is the largest local Corona outbreak Germany has seen since the virus hit Germany on January 27th, 2020. A government spokesperson in Berlin the “outbreak situation” was “very serious”. It showed that the Corona pandemic was not over.

The Coronavirus outbreak at the factory has repercussions elsewhere. In the town of Osnabrück, the authorities sent all Tönnies employees who live there in quarantine, in order to avoid a further spread. The measure also applies to individuals who work for subcontractors Tönnies cooperates with.

Every time a Corona outbreak in a slaughterhouse is being reported, the Berlin government says it wants to deal with the working conditions at companies of this kind. A new law is supposed to forbid a cooperation with labor force subcontractors in the meat industry. The law is supposed to be ready in summer, which starts tomorrow.

Germany’s Labor Minister Hubertus Heil stated, the Tönnies case showed what could happen when workers from Central and Eastern Europe were not treated fairly. Most of the Tönnies workers who lived in terrible conditions are Bulgarians and Romanians.

Güthersloh is not the only place in German that is dealing with a Corona outbreak. In Berlin’s Neukölln district, and elsewhere in the capital, 94 persons tested positive for Corona so far. That number will likely rise further. More tests are being done on a daily basis. The health authorities in charge sent all 120 staffers they have to deal with the situation.

As many as 370 households in seven apartment buildings are affected. Forty-one children are among the infected individuals. At this stage, one person is being treated at a hospital. The other infected persons have slight symptoms or none at all, according to the Neukölln health authority.

Many of those infected are members of a Christian congregation who took part in a prayer service. But the origin of the outbreak could not be established so far. During Corona test at schools, several children tested positive. All of them live at the same address in Neukölln. This is how the outbreak was detected.

The health authority is still trying to trace back the infection chains in Berlin. Twenty-five staffers are working on this task right now. Students are supposed to be hired to help them.

At least in Göttingen, where 20 inhabitants of an apartment building tested positive, the situation seems to be under control.