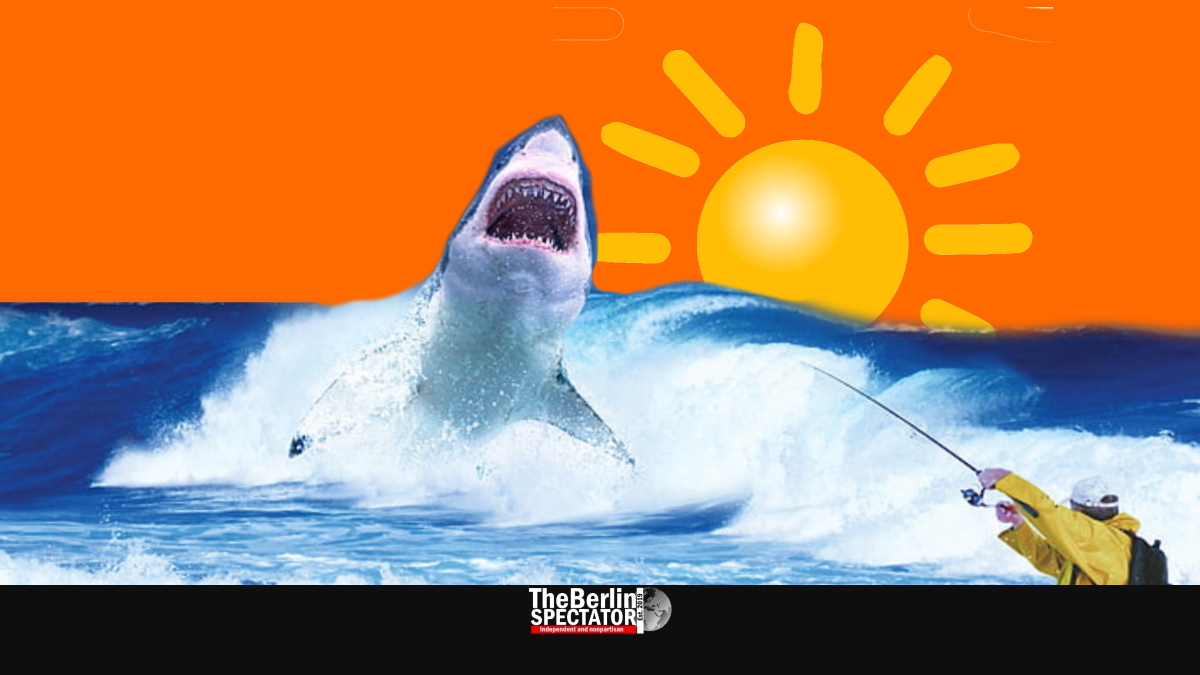 The summer of 2020, our first Corona summer, just commenced. But where is the heat we expected? It will build up gradually, thanks to a North Atlantic Subtropical High, whatever that may be.

Most of us can’t wait to get fried like crispy chicken and sweat like horses. But no thanks, we don’t want another ‘hottest day of all time’ in Berlin or anywhere. Amen. Remember last year?

What forecasters are forecasting in their forecasts for the first days of summer is the following: On the season’s first day, namely today, that mysterious North Atlantic Subtropical High will slowly head north-east from France until it reaches northern Germany. Let’s get our little buckets and shovels ready. Beach time is just around the corner.

Guys, we should use our bikini tops as antiviral masks. Don’t forget to keep a distance of 1.5 meters (5 feet) to all sharks, killer whales and giant octopuses. No, there are no daiquiris at the North Sea, and Varadero Beach is off limits these days. Hey, as long as Chief Brody does not close our windy Baltic Sea beaches, we are going to be fine.

Now that the good news has been conveyed, let’s get back to the weather forecast for the land of cuckoo clocks and vehicles with stars on their hoods: Some rain in southern Germany will not hurt, but cool down cows on green pastures. Other than that, temperatures from 20 to 26 degrees Centigrade (68 to 79 degrees Fahrenheit) are a good start.

By Thursday, even Berliners should be losing their juices, but the rest of the country even more, at up to 33 degrees C (91 degrees F). Even hotter is what Friday is supposed to look like. Thunder and lightning might screw up our next weekend, according to psychics. The forecasters do not know yet. Over and out.