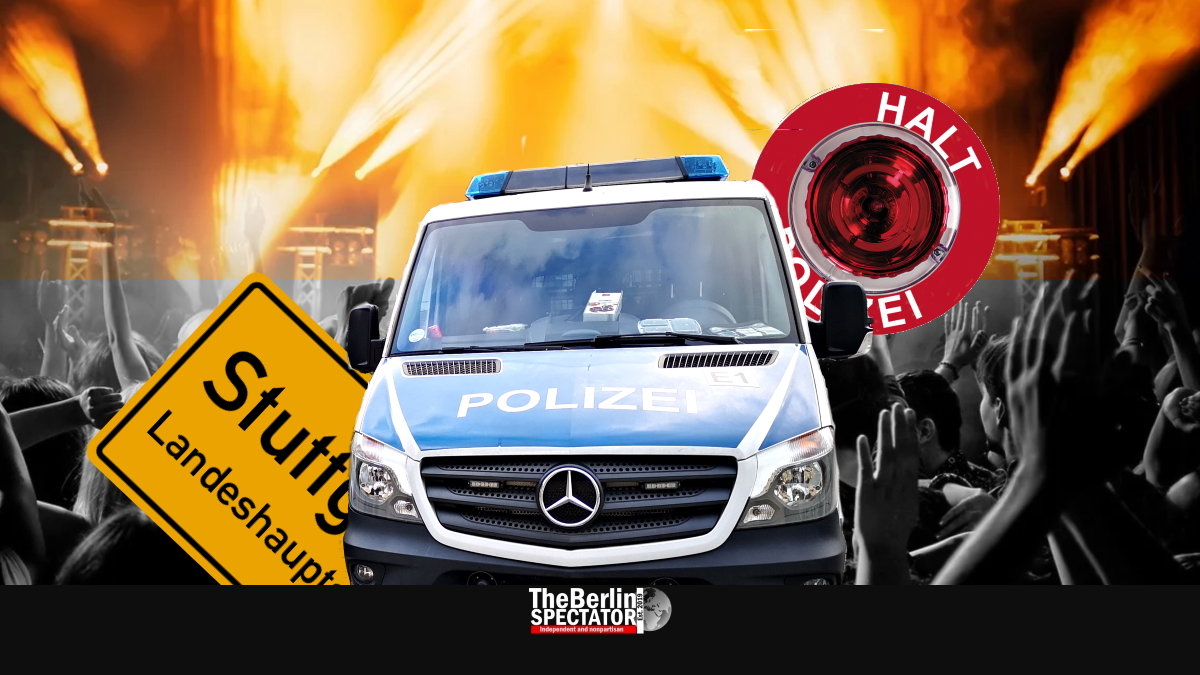 In Stuttgart, hundreds of young ‘party people’ attacked the police this past weekend. Twenty-four persons were arrested so far. Illegal parties in Berlin are another issue that needs to be dealt with.

In the 1970-s and 1980-s, party crowds were separated into groups who liked different kinds of music genres, along with the atmosphere and mood they stood for. There were commercial music party people, who would dance to chart songs. There were Funk lovers who insisted on dancing to uplifting tunes with soulful voices, slap bass sounds and a lot of rhythm. And there were Punks, ‘New Wave’ fans and Rock’n’Rollers.

The party people from back then would not do certain things, such as attacking the police. Looting city centers or becoming conspiracy theorists was unthinkable to partying crowds in those days. Today, four to five decades later, there are still decent party people. Most of them are peace-loving and do care about others. But there are also too many who seem to be elevating partying to an ideological level. Their position obviously is that parties are more important than everything else, including people’s health. And some will not even refrain from violence against the police.

In the past weeks, party people in Berlin were involved in the following activities:

This past weekend, RBB TV reported illegal parties at Berlin’s Hasenheide park would take place every weekend. The state-sponsored channel showed video footage of hundreds of party people who completely ignored the distance and contact rules while dancing to Techno music that came out of battery-powered loudspeakers.

According to the report, the participants brought alcohol and drugs to the park and behaved as if Corona did not exist. The Berlin Police may have refrained from checking the park at night, also because the night shift has many other spots they need to monitor in the German capital. But this might change because of the RBB’s report about irresponsible behavior.

But none of the above is as alarming as what happened in the southern German city of Stuttgart on Saturday night. At 11:30 p.m., police checked a young man they suspected of carrying drugs. In some German media reports, that man was described as “German and white”. They were trying to stress that this was not a racial profiling case.

The minute officers approached the individual, they were attacked by ‘party people’ in the sense that they seemed to be in the city center to gather, drink and party with friends. Instead of letting the officers do their job, they threw bottles at them at ‘Schlossplatz’, a central square in Stuttgart. Then the situation escalated further.

The officers requested reinforcement. Later during that night, 280 police officers were trying to control 400 to 500 young people who kept on attacking them. They damaged vehicles and looted nine shops after destroying their windows. Nineteen officers were injured.

It took the Stuttgart Police Department quite a while until they finally controlled the situation. Officers arrested 24 persons during events described as a war in the streets of Stuttgart. More arrests are a foregone conclusion. As it turns out, many of the attackers were proud of their actions and posted videos on social media. The footage now serves the police and prosecution during the investigation.

On Sunday, Stuttgart’s Green Mayor Fritz Kuhn said the perpetrators’ motive had been their craving for recognition. “Alcohol may have led to this, and the inner need to upload video clips to social media”, Kuhn said. There was no place in Stuttgart for some of their statements he had read, such as “F*ck the police”, Mayor Kuhn stated at a press conference.

The Green MP Cem Özdemir said he was shocked. “It does not matter what direction this idiotic vandalism comes from, there is no justification”, he said. “The perpetrators need to be apprehended.” Özdemir thanked the police involved in the operation in Stuttgart and wished the injured a speedy recovery.

The prosecution is already investigating. A police spokesman in Stuttgart told those who were seen breaking the law in those incriminating video clips, they would be found. For some of the crimes the attackers committed in Stuttgart on Saturday night and early on Sunday morning, jail terms might have to be expected.

Sudden attacks against the police and illegal parties that endanger people’s health are new challenges the police are facing in Germany. In Stuttgart, police representatives said they had not seen this kind of aggressive behavior before.