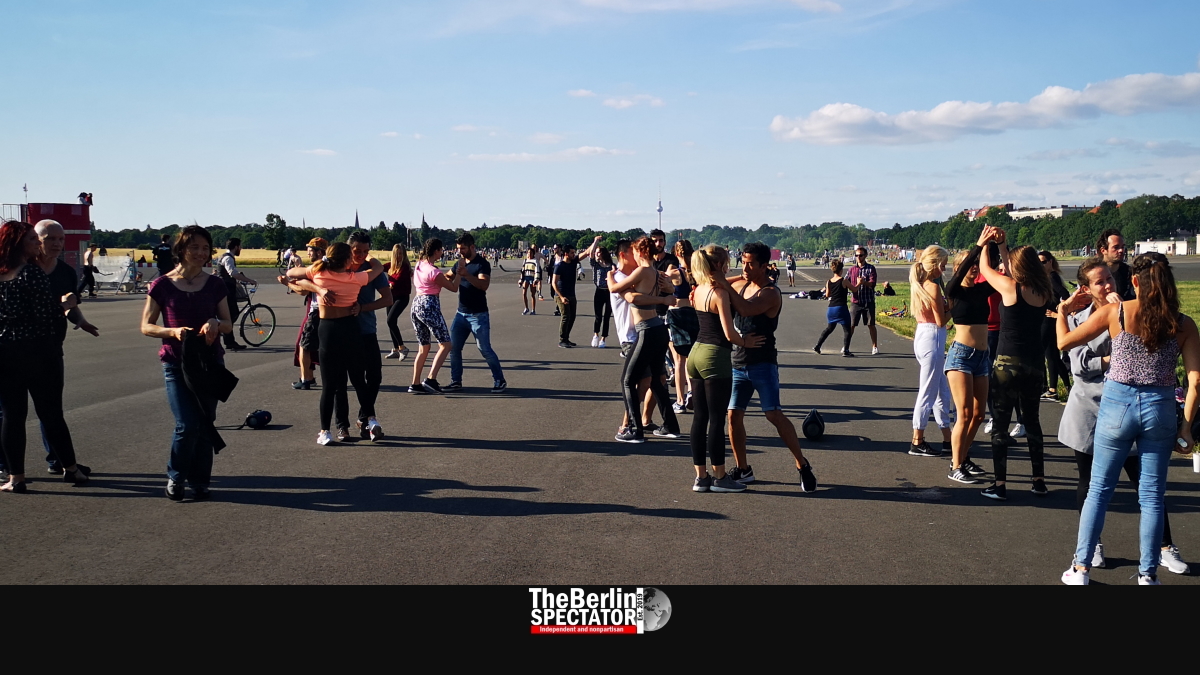 Berlin does not have contact restrictions anymore, meaning residents and visitors in the German capital may meet an unlimited number of people. But the distance rule still applies. Those who use Berlin’s public transport without masks have to pay fines.

The city state of Berlin just got rid of the contact restrictions that had been in place in different versions since the Corona crisis escalated in March. Up to now, up to five people from different households were allowed to gather, or an unlimited number of members of up to two households.

None of these restrictions apply anymore. Governing Mayor Michael Müller announced the new rules at a press conference in the early afternoon. He said the Senate still wanted to do everything to prevent a new lockdown. At the same time it had been time to ease some restrictions.

Passengers in public transport who do not cover their mouth and nose with a mask, a scarf or a similar piece of cloth will have to pay fines. The mask rule was introduced in late April. Until today, Berlin has not collected any fines because the federal state wanted to rely on the good will of its residents and visitors.

Müller stated, the fines would be 50 to 500 Euro (57 to 570 U.S. Dollars or 45 to 450 Pounds Sterling). He said it was important to enforce the masks rule. The same applied to the distance rule in restaurants and at other locations.

All new Corona rules for Berlin:
> The Senate shortened and simplified the rules on Tuesday.
– Wherever possible, a distance of 1.5 meters (5 feet) to persons from other households needs to be kept.
– Social contacts should be kept to a minimum, but the contact restrictions as such were lifted.
– Restaurants, hotels and cultural venues need to keep contact lists of guests or customers. This also applies to private “family events” with more than 20 participants. That way they can be contacted in case of a local outbreak.
– Masks in public transport need to be worn. The fine for those who refrain from wearing them is 50 to 500 Euro (57 to 570 U.S. Dollars or 45 to 450 Pounds Sterling), depending on how many times public transport vehicles or train stations were entered without masks. In shops and malls, masks are mandatory as well. No fines apply though.
– Singing in closed rooms, for instance during prayer services, is forbidden.
– In shops, not more than one person per 10 square meters may be present at the same time.
– In restaurants and similar places, food and drinks may only be consumed at tables.
– Outdoor sports are legal, as long as the distance rule is being followed.
– Outdoor events with more than 1,000 participants are banned until August 1st, 2020.
– Indoor events with more than 300 people are forbidden until July 31st.
– Dance events are banned. So are “sexual services with bodily contact.”

According to some German-language media, the Senate argued about the question whether there needed to be fines or not. Besides, Berlin’s main public transport provider BVG said it was not able to check passengers regarding masks. The authorities would check the situation in this regard, Müller announced.

At the beginning of the Corona crisis, protective masks were not recommended. Chancellor Angela Merkel once called them “virus catapults”. Another issue was the fact that Germany hardly had any masks for doctors, nurses or anyone else. This problem was resolved.

The distance rule remains, meaning people will have to leave at least 1.5 meters (5 feet) of space between themselves and persons they are not gathering with. In the new set of rules it says everyone should have as few social contacts as possible.

Earlier on Tuesday, Michael Müller had said it was “important that we don’t squander the progress we have made together. We now need people to take responsibility, and not to behave carelessly or thoughtlessly.”

Only hours ahead of the Senate’s announcement about changed Corona rules, the Müller said this: “We can’t simply go back to normality just yet. The hygiene and distancing rules remain important, particularly as we go through the summer – sitting in cafés, bathing in lakes, barbecuing, meeting friends and going on family holidays. We need to look out for one another.”