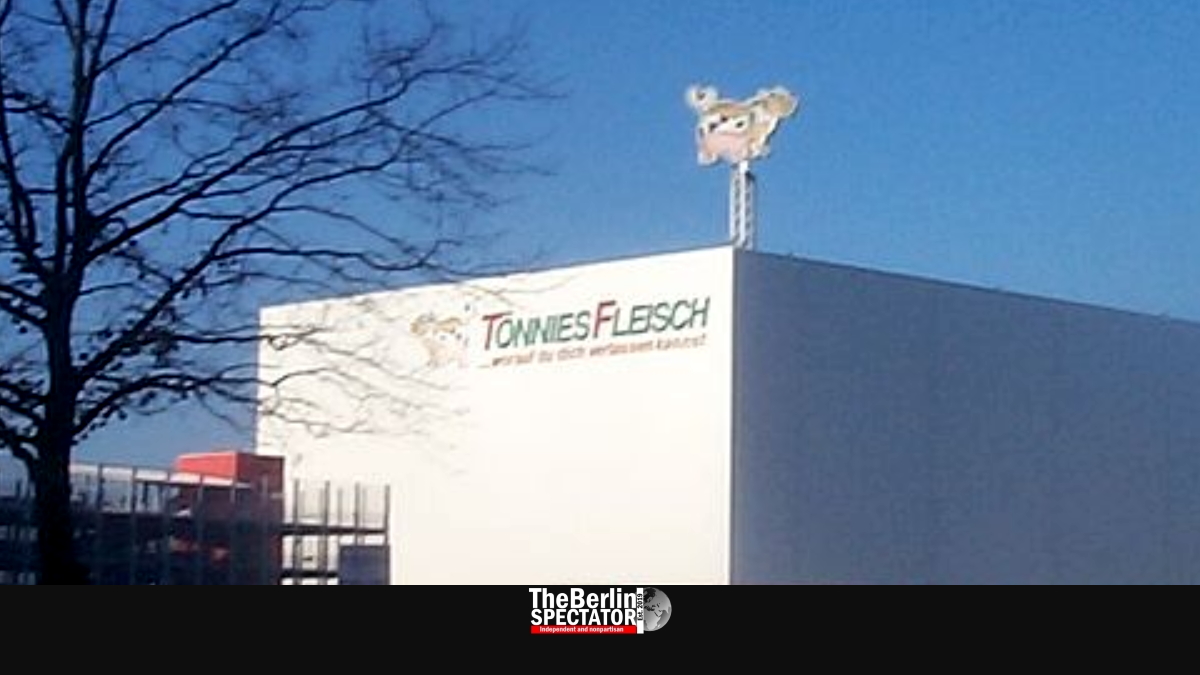 In an unprecedented move, a new lockdown for Gütersloh county was announced on Tuesday, because of the latest Corona outbreak at a meat factory. So far, as many as 1,553 persons tested positive.

A couple from Gütersloh visited the German island of Usedom last week, for a nice little vacation. Now the authorities at that tourist destination asked them to leave, because of the Corona outbreak in the county they are from. What sounds like discrimination is a health security policy.

In the federal state of Mecklenburg-Hither Pomerania, where Usedom is located, persons from a county or city with 50 or more new Corona infections per 100,000 inhabitants within seven days may not come to or stay in the state. Other federal states in Germany have similar policies.

As many as 1,553 employees of the Tönnies meat factory have tested positive for the Coronavirus so far. The authorities are expecting that number to grow further. The entire staff, including all workers, everyone in the administration, even the CEO and everyone’s family members are in quarantine.

The Tönnies meat factory and slaughterhouse was shut down temporarily. Because of the local Corona outbreak, the number of infected persons per 100,000 inhabitants stands at 263, more than five times the value that makes alarm bells sound. What is certain is that the Coronavirus found perfect conditions at the factory and the accommodations of guest workers where far too many persons per room live together. Besides, authorities said there were severe hygiene issues.

After a few days of discussions and arguments, the First Minister of North Rhine-Westphalia, Armin Laschet, announced a new lockdown for Güthersloh county. It is an unprecedented case in this crisis. The contact rules residents remember from three months ago suddenly apply again.

The measure is supposed to last until June 30th. Depending on the developments, it might be prolonged though. Laschet said a lot of Corona tests would be conducted, including in nursing homes. Any resident in Gütersloh county can have himself – or herself – tested voluntarily.

Most cultural events are forbidden again in the county. So are indoor sports. Cinemas, bars, fitness studios, saunas, galleries, museums and castles have to close. Legally, residents in the affected areas may leave their county, but Laschet asked them not to. At the same timed he said people from Gütersloh county should not be stigmatized.

First Minister Laschet said his government had sent 300 police officers to the county. They are supposed to make sure the quarantine was being followed and enforce the rules if necessary. Laschet also announced humanitarian measures for those affected. Schools and kindergartens in the area had been closed before.

The situation in Berlin’s Neukölln district is not quite as alarming, but serious. In seven apartment blocks with 370 units, 98 residents tested positive for Corona so far. Forty-one of them are children. Today, more test results are expected to come in. This outbreak in the German capital was detected during Corona tests at schools in the area. Several children tested positive. All of them lived in the same building.

Most of the people living in those buildings are Romanians many of whom are members of a Christian congregation. The health authority in charge believes people might have been infected during a prayer service. Berlin is providing for those infected. The other day, hundreds of food packages were delivered to the families. According to signs at the entrances, the quarantine all residents are in will last until June 26th, 2020.

In the meantime, Bavaria’s First Minister Markus Söder predicted a second Corona wave. During a panel discussion he said he was “absolutely sure” it would come. The latest outbreaks in North Rhine-Westphalia and Beijing showed that “a spark” was enough to trigger them.