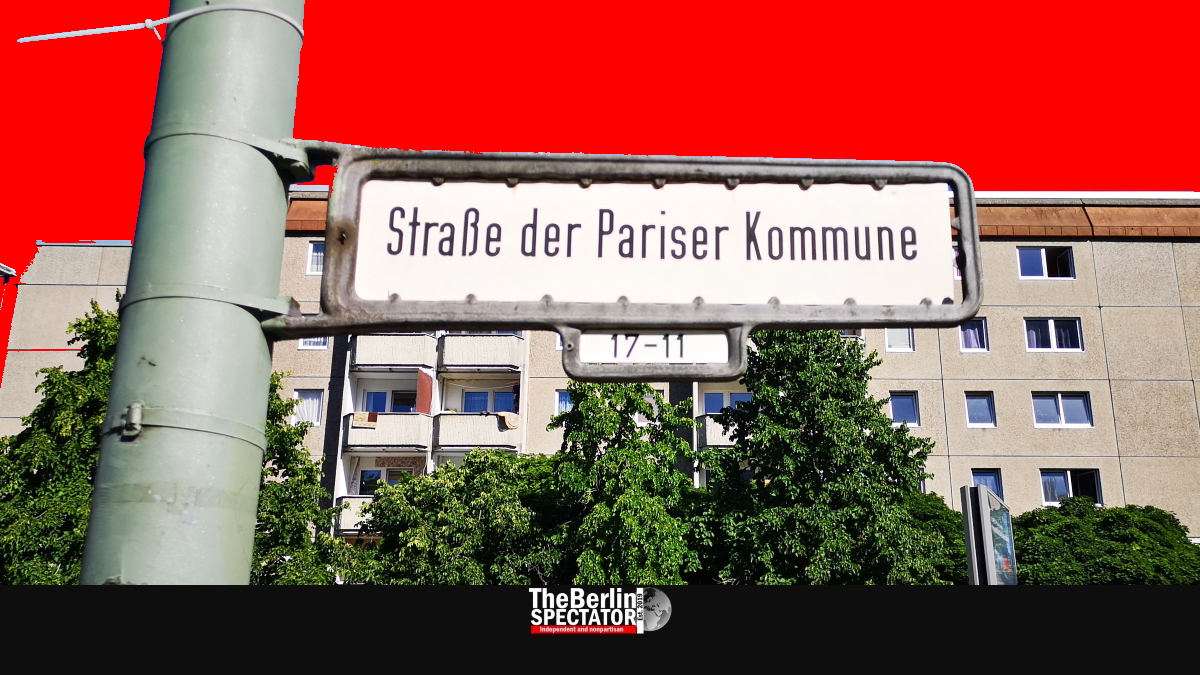 In Berlin’s Friedrichshain district, 200 residents of an apartment building were placed in quarantine. In the meantime, workers from the Tönnies meat plant in Gütersloh county fled their quarantine and turned up in Bulgaria.

Berlin now has another local Corona outbreak. In the German capital’s Friedrichshain district, all 200 residents of an apartment block were placed in quarantine after 44 of them tested positive for the Coronavirus. Like in most other cases, the residents are Romanians and other Eastern Europeans.

Note: We are mentioning the affected people’s origin because there is a pattern and because it is an important aspect in several ways. This publication rejects the discrimination of Eastern Europeans, people who belong to certain ethnicities or anyone else.

The building is a former GDR hotel which is in a rather bad state. While the The Berlin Spectator’s reporter was taking photos around the block, one resident, a lady, left the premises and walked to the nearby ‘Ostbahnhof’ train station, meaning not everyone seems to be following the quarantine.

According to the district authority in charge, it is unclear whether the virus has spread to neighboring buildings. The residents in the main block are being provided with food and hygiene articles. Children, some of whom were seen on balconies, are among the residents. Their schools and kindergartens were notified. Corona tests for the children there are being prepared.

Berlin is dealing with other local Corona outbreaks as well, in its Neukölln and Spandau districts. At a press conference on Tuesday, Governing Mayor Michael Müller implied that not all residents in seven affected apartment blocks in Neukölln had been tested, because not all of them had agreed to the procedure. Ninety-eight Corona infections were confirmed at those sites.

The largest Corona outbreak in Germany was detected in Gütersloh county. More than 1,500 workers at the Tönnies meat factory are infected. Yesterday, North Rhine-Westphalia’s First Minister Armin Laschet announced a new lockdown for the entire county.

In Bulgaria, the private TV channel BTV reported, three Bulgarian citizens who had been workers at the Tönnies slaughterhouse had left the scene on Friday, in spite of the quarantine that has been in place since last Wednesday, before turning up in Belitsa, a tiny town in south-western Bulgaria.

BTV reported the Bulgarian authorities had not known about the case until the TV station had contacted them in order to ask questions. The three individuals were now placed in quarantine in their home country. It is unclear whether they are among the many Tönnies workers who are infected or how many people they may have met during their trip from Gütersloh to Bulgaria.

One of the three Bulgarian nationals told BTV they had left Germany because they had been scared. He said they had been tested at the factory but did not know their test results. Now the Bulgarian authorities announced they would test them for Corona infections.

In Gütersloh county, cultural events are forbidden again, just like in March. Cinemas, bars, fitness studios and museums had to close. Residents were asked to stay at home and have to refrain from gathering with people from other households. Three hundred additional police officers were sent to Gütersloh county. They are supposed to enforce the quarantine, the lockdown and the distance and hygiene rules at businesses.

Because so many Romanian nationals are affected by Corona outbreaks, especially in the German meat industry, the Romanian Ambassador in Berlin, Emil Hurezeanu, demanded protection for them. In an interview with ‘Funke Mediengruppe’ he said the conditions for employees at slaughterhouses needed to be improved urgently.

In the meantime, yet another local outbreak at a slaughterhouse was detected. It is a facility in Wildeshausen, a town in Lower Saxony, where 23 of 50 workers tested positive for Corona.