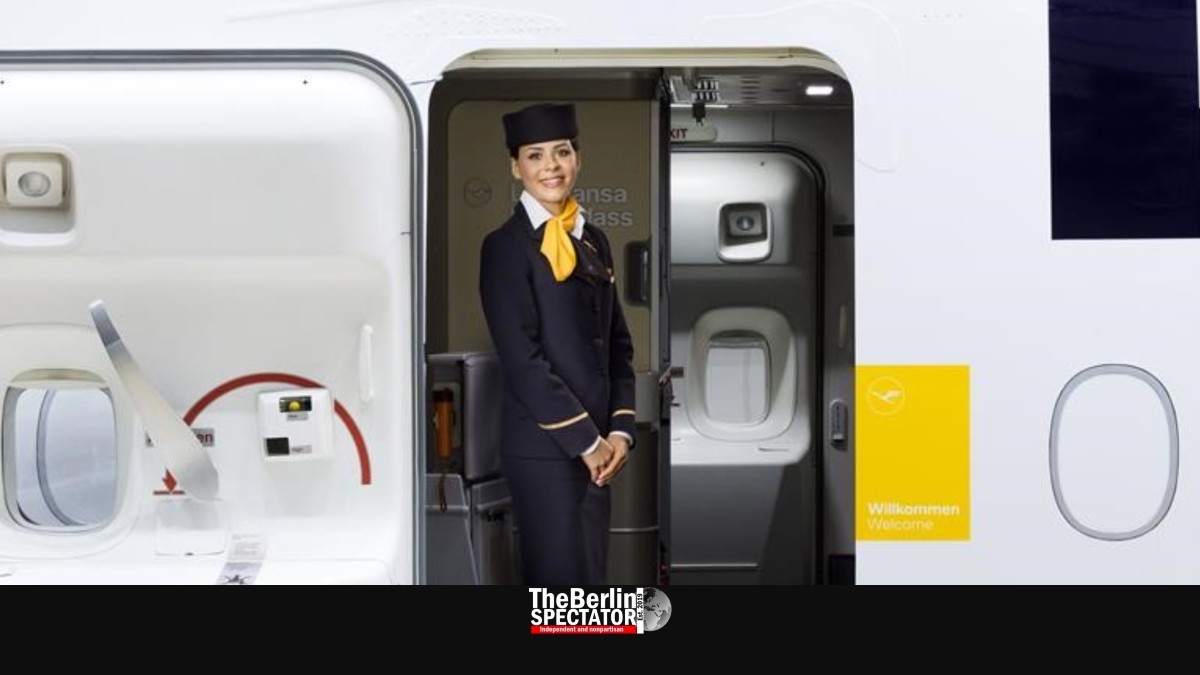 The German government will save a flying giant, Lufthansa, after the European Union and the airline’s shareholders agreed. Now there is a new shareholder known as the Federal Republic of Germany.

Several people in Berlin probably slept a lot better last night, knowing the Lufthansa deal was approved by everyone. Germany’s Vice Chancellor and Finance Minister Olaf Scholz said the approval was good news for the airline, its employees and for Germany as a business location. An aid package worth 9 billion Euro (9.87 billion U.S. Dollars or 8.09 billion Pounds Sterling) is supposed to save the blue crane.

“With the financial aid, the federal government is stabilizing a large German company that was in great health”, Scholz said, “and which got into severe turbulence because of the Corona pandemic’s impact.” The government’s idea is not just to pile up all that cash on the table and amortize it, but rather to make a lot of money once Lufthansa gets back into doing what it does best: flying.

Commerce Minister Peter Altmaier reacted as well, by saying Lufthansa now had a perspective and “the chance to meet the biggest challenge in its history.” He stated Germany’s stake in Lufthansa would not last a day longer than necessary, and the government would not interfere in the company’s operational business.

Slots for the Competition

The 9 billion Euro deal includes a gigantic loan by the state-owned KfW Bank. Also, the Federal Republic of Germany will become the biggest Lufthansa shareholder by acquiring 20 percent of the company. Germany’s involvement will give Lufthansa the liquidity it needs to take off again.

On Thursday, the European Union’s competition watchdog gave its blessing under conditions: Lufthansa has to give away slots at its main hubs Frankfurt and Munich to the competition. And it is forced to do everything to avoid competitive distortion. Once Europe had given its green light, it was up to the shareholders.

At this moment, before Germany jumps in, the German billionaire Heinz Hermann Thiele is the largest Lufthansa shareholder. Many feared he would start a rebellion which could have made a salvation impossible. But he did not. Like most others, he approved the rescue deal. Ninety-eight percent of all shareholders voted in favor.

The deal will save a lot of jobs. At this stage, Lufthansa has 138,000 employees. Thousands, both in Germany and abroad, will like have to go, but most will stay.

During the first months of the Corona crisis, hardly any passenger flights were in the air. Lufthansa had to rely on its freight business. The Foreign Ministry in Berlin involved the airline in the biggest pick up operation ever. A quarter million German tourists who were stuck in countries around the world were flown home. Foreign Minister Heiko Maas covered the big bill.

Ryanair said it would file a suit against the Lufthansa salvation deal. A spokesman said Corona could not be an excuse for ignoring the competition law. The Irish low cost airline feels discriminated because it has to cope with the crisis on its own while competitor Lufthansa gets bailed out.

Lufthansa’s CEO Carsten Spohr said those 9 billion Euro were connected to a lot of responsibility. The amount would have to be paid back to the taxpayer as quickly as possible. In order to reach that goal, the company needed to work hard. Painful measures were unavoidable.