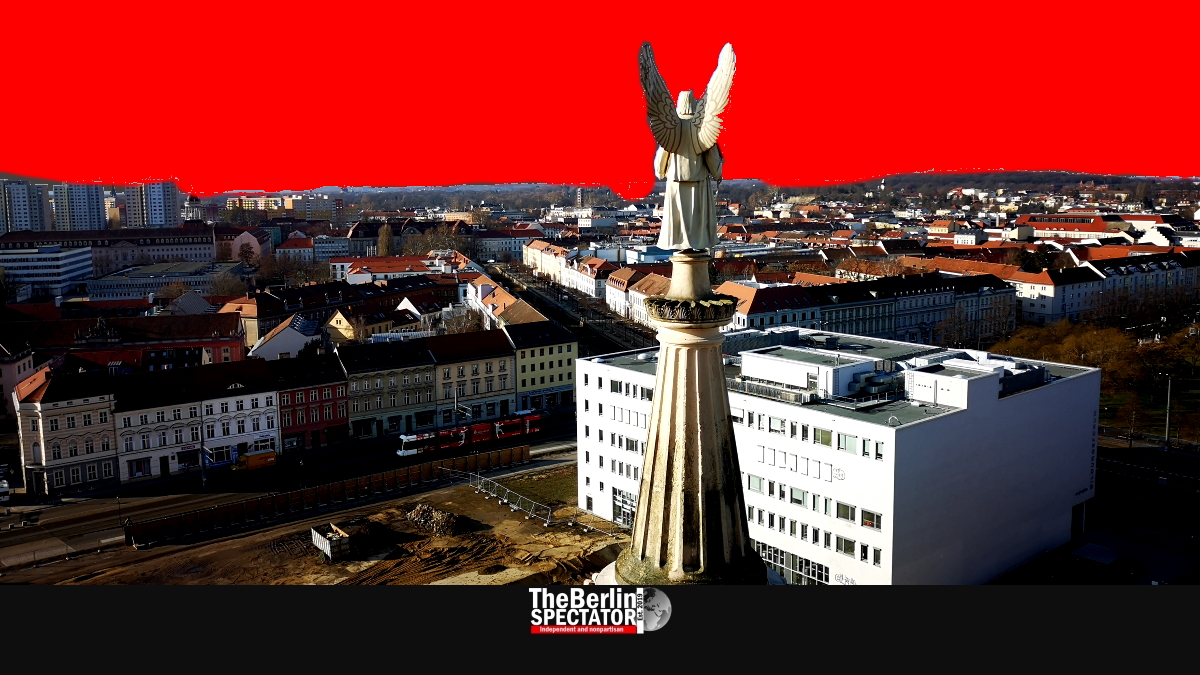 A World War II bomb found in Potsdam was detonated on Friday. The operation led to evacuations and restrictions.

Experts in Potsdam wanted to diffuse a large bomb dropped by the Allies in World War II. Then it turned out a detonation was the only way. As many as 13,000 inhabitants needed to be evacuated.

The bomb was found during a thorough study of the bottom of the Havel river, right next to the Island of Friendship (‘Freundschaftsinsel’), meaning the explosive was located right in Potsdam’s city center and next to a nursing home. According to the municipality, the bomb weighed 250 kilos (551 pounds).

On Friday, Brandenburg’s bomb disposal squad placed hay bales above the explosive. Evacuating everyone in the area turned out to be a challenge because some residents refused to go at first. A thunderstorm delayed the detonation as well. Then it happened. The blast damaged several trees and a street lamp. A path at the riverbanks slid away a little.

According to a spokesman for the city of Potsdam, an area with a radius of 800 meters (0.5 miles) was cordoned off before the bomb was detonated. Residents had to vacate the area by 8:00 a.m. on Friday. People living in Potsdam’s center and the ‘Center East’ district were affected.

Even the state parliament was evacuated, along with a total of three nursing homes, several museums and central station. Two important bridges needed to be closed. Regional trains were diverted, while Berlin’s ‘S-Bahn’ city train did not go to Potsdam at all for a while. Drivers were forced to bypass the center of Potsdam in a wide berth.

Hundreds of officers from Potsdam and the Federal Police, firefighters and city representatives were on site to make sure the evacuation took place in an orderly fashion. At the same time they had to make sure nobody came even close to the area.

In Germany, WWII bombs are being found all the time. In Potsdam alone, 200 of them were located and disarmed since the country’s reunification thirty years ago.

Berliners are used to evacuations for bomb disposals as well. Just before the Corona crisis hit, thousands of them, including Governing Mayor Michael Müller, and countless tourists were evacuated from an area close to Alexanderplatz square, for the same reason.