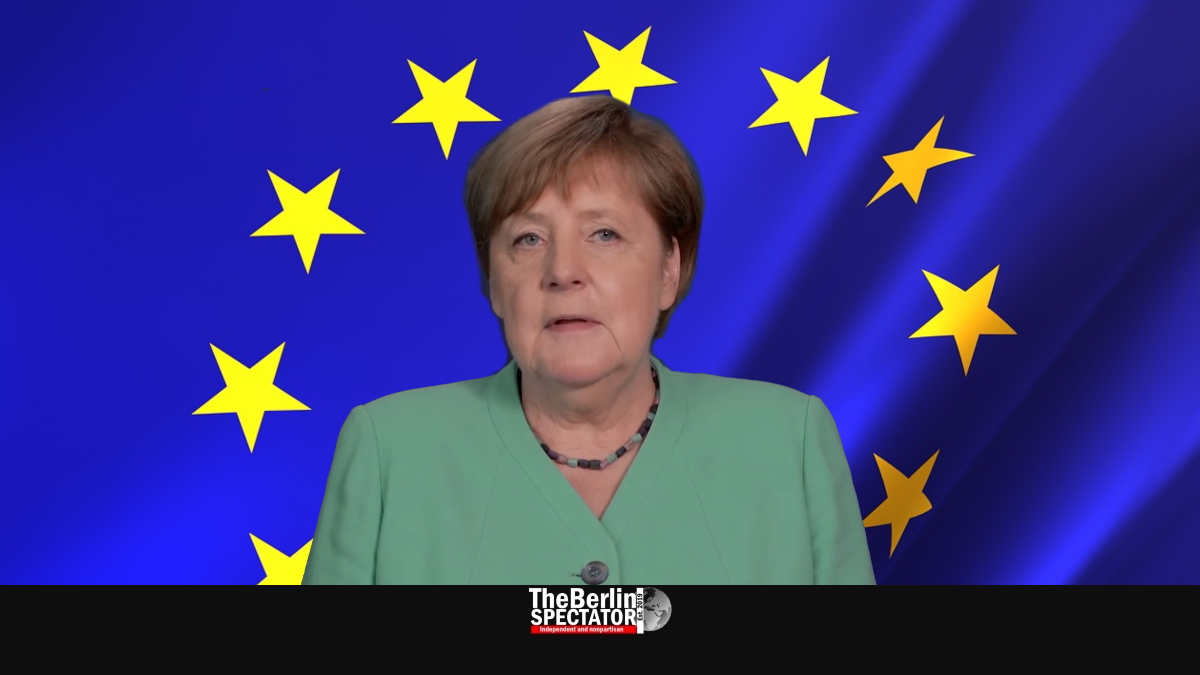 To Chancellor Angela Merkel, overcoming the Coronavirus pandemic and its consequences is the top priority during Germany’s Presidency of the Council of the European Union. The latter begins in three days from now.

On July 1st, 2020, Germany’s presidency of the Council of the E.U. commences. Angela Merkel used her regular podcast to clarify her priorities for the next six months. The motto is ‘Together for Europe’s recovery’. “This is precisely what we will do everything in our power to achieve,” Germany’s head of government said.

The task she intends to work on above all is to overcome the Corona pandemic and its ramifications while making Europe strong again. “This is what I will work on at full power”, Mrs. Merkel vowed. She said the pandemic had cost more than 100,000 lives in Europe up to now. Important European features, such as free movement and open borders, were partially still restricted.

The Chancellor announced she would support Council President Charles Michel in any way she could, regarding the generation of the new E.U. budget. Build-up measures needed to be taken in order to make sure the European economy would grow again and that social cohesion could be secured.

“We intend to live up to those expectations”, Angela Merkel stated. Europe needed to get out of the crisis well, while it was being prepared for the future at the same time. She said Europe was confronted with three big challenges:

Chancellor Angela Merkel also asked the nation to keep on following the Corona rules and not to underestimate the virus. “Take it seriously, because it is serious”, she said. This is what the latest local Corona outbreaks had shown. Keeping one’s distance, protecting nose and mouth and washing one’s hands regularly was important.

She asked the Germans to use the official Corona warning app. Politicians could not curb the Coronavirus on their own, the Chancellor stated. “We, all of us, need to see it as our shared obligation to follow the Corona rules.”

In the meantime, a school in the southern German town of Göppingen was closed because one child tested positive for Corona. In Gütersloh county, which is on a new semi-lockdown because of the serious Corona outbreak at the Tönnies meat factory, 75 individuals not connected to the slaughterhouse in any way have tested positive in the past week. At the factory itself, as many as 1,500 workers and other staffers are infected.