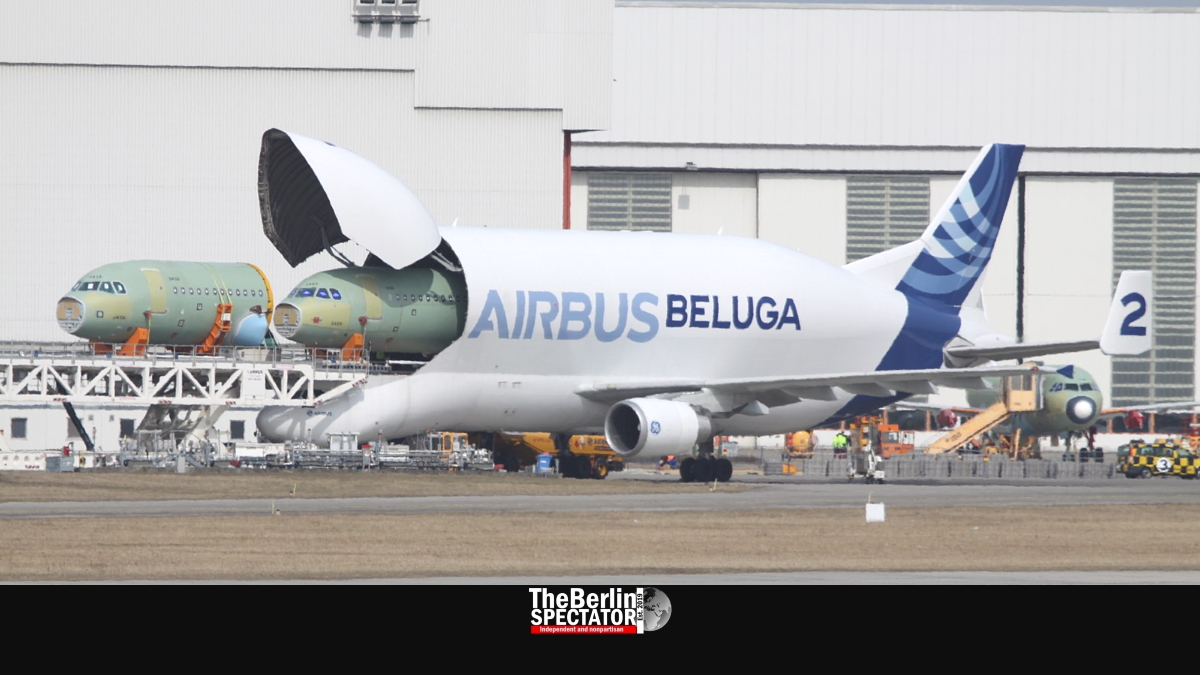 The European aircraft manufacturer Airbus announced it would cut thousands of jobs in several countries around the world. Corona is to blame.

In Hamburg, the Airbus factory has an incredible location. In order to land on the facility’s runway, the company’s ‘Beluga’ plane, which transports aircraft parts back and forth between this place and the one in Toulouse, nearly touches the trees in the elegant gardens of the city’s posh Othmarschen district north of the Elbe river.

Now it looks like the ‘Beluga’, which was always on the move, might have to be parked more often. Corona, a mean virus, hit Airbus hard. It would cut 15,000 jobs around the world, 5,100 of them in Germany, the European aircraft manufacturer said. A statement read the industry was “in an unprecedented crisis”.

Air traffic will not recover from this crisis before 2023, Airbus believes. And it will not be back to normal until 2025. This is how hard Corona hit. In Germany, jobs at Airbus’ subsidiary Aerotec in Augsburg are supposed to be affected, 900 jobs in Spain, 1,700 in the United Kingdom and as many as 5,000 in France. The location in Hamburg’s Finkenwerder district and the one in Bremen might not be affected by layoffs. But it seems nothing can really be ruled out at this stage.

The painful steps Airbus announced do not come as a complete surprise. Recently, Guillaume Faury, the company’s Chief Executive Officer, had said the production would have to be decreased by 40 percent for two years. Layoffs were a possibility, he had stated, but no final assembly line would be closed. Faury even used the words “existence-threatening crisis”.

From now on, only forty A320neo aircraft are supposed to be manufactured per month, in spite of many orders. Because Corona hit aviation so hard, around the world, many airlines do not pick up the planes they ordered before the virus hit. The issue is that many of the aircraft they already have are parked on tarmacs at all airports on this planet.

Even though an end to the production of the largest passenger plane in the world, the A380, had been announced in February of last year, things had looked very good for Airbus. The company was literally drowned in orders. At air shows in Dubai and elsewhere, airlines had announced purchases like crazy. IndiGo from India had reportedly wanted as many as three hundred A320neo planes.

Emirates had ordered fifty A350s for 14.5 billion Euro (16 billion Dollars or 12.4 billion Pounds Sterling). It also wanted forty A330neo aircraft. The latter is the successor of the regular two-engine wide body A330 for long distances. Airbus’s latest long distance product, the A350, is its first wide-body jet made of carbon fiber reinforced polymer, a light material which decreases the weight of aircraft and their kerosene consumption substantially.

The trouble Airbus’ big rival Boeing had, and still does, with its 737 Max planes two of which crashed before the model was grounded, had helped the Europeans get even more A320neo orders. But neither those nor the advantage over the Americans in Everett, their HQ in Washington State, is helping right now, as the Corona pandemic managed to mess up most of what used to be known as aviation.