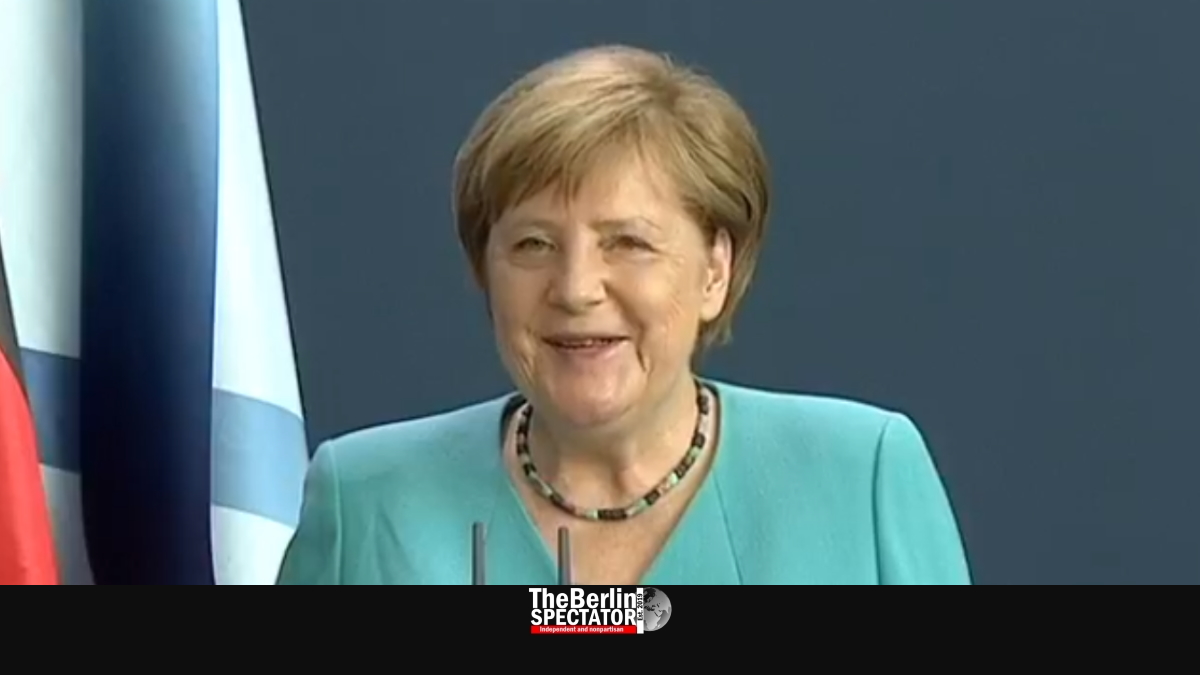 Overcoming the Corona crisis will be high on the agenda during Germany’s Presidency of the Council of the European Union, Chancellor Angela Merkel said in Berlin. So will climate protection and digitization.

During a joint press conference with Ursula von der Leyen, the President of the European Commission, Chancellor Merkel talked about Germany’s priorities during its Presidency which officially started yesterday. Earlier today, von der Leyen, Merkel and representatives from both Brussels and Berlin had discussed the six months ahead during an online conference.

The Corona crisis was the biggest challenge the E.U. had ever been confronted with, Merkel said. “The fact that there is a lot to do has become clear during the talks today.” Merkel’s former minister Ursula von der Leyen agreed: “We are under time pressure here. The crisis is dictating the speed we are working at. Each lost day will lead to people losing their jobs and the economy weakening further.”

Von der Leyen said the German Presidency team had a lot of European experience. “Your experience, Angela, and that of your team” were important. “We intend to, and we have to, continue walking the path of modernization in the European Union”, von der Leyen stated.

‘We Will Show Resolve’

Chancellor Merkel stated the answer to the unprecedented Corona crisis needed to be massive and really have an effect. Intensive talks were taking place and everyone knew what the difficulties were. “We will work hard, and we will show resolve.”

The E.U. Commission wants to get the E.U.’s economy going again, with a giant redevelopment program worth 750 billion Euro (842 billion U.S. Dollars or 676 billion Pounds Sterling). Fighting the recession all over the E.U. is a priority, but so is helping the two E.U. countries that were hit by Corona the hardest, namely Italy and Spain.

A summit on July 17th and 18th, 2020, will be used to discuss the distribution of the funds. Besides, Austria, Denmark, the Netherlands and Sweden have their own idea regarding the conditions. They want the aid to be given out as repayable loans.

This is exactly what the E.U. Commission wants to avoid, in order to make sure Italy, Spain and others will not be under even more pressure than they already are. If the Commission gets its way, two thirds of the money will not be repaid.

At the press conference, Mrs. Merkel was being asked whether other E.U. member states needed to be afraid of too much German influence. The inquirer referred to the fact that both Angela Merkel and Ursula von der Leyen are German. The Chancellor’s answer was that two “convinced European women” were cooperating.

She said she was glad this was the case. “In Germany, there has not been a female Chancellor before me, and in Europe there was no female Commission Presidents before Ursula von der Leyen. We are confident we will be successful, right Ursula?”, Merkel said. It was obviously a rhetorical question.

“We know each other,” von der Leyen stated. “We trust each other on a deep level. We can be frank when we talk. Also we know we can have in-depth discussions and get a lot done. Both of us are convinced Europeans.”