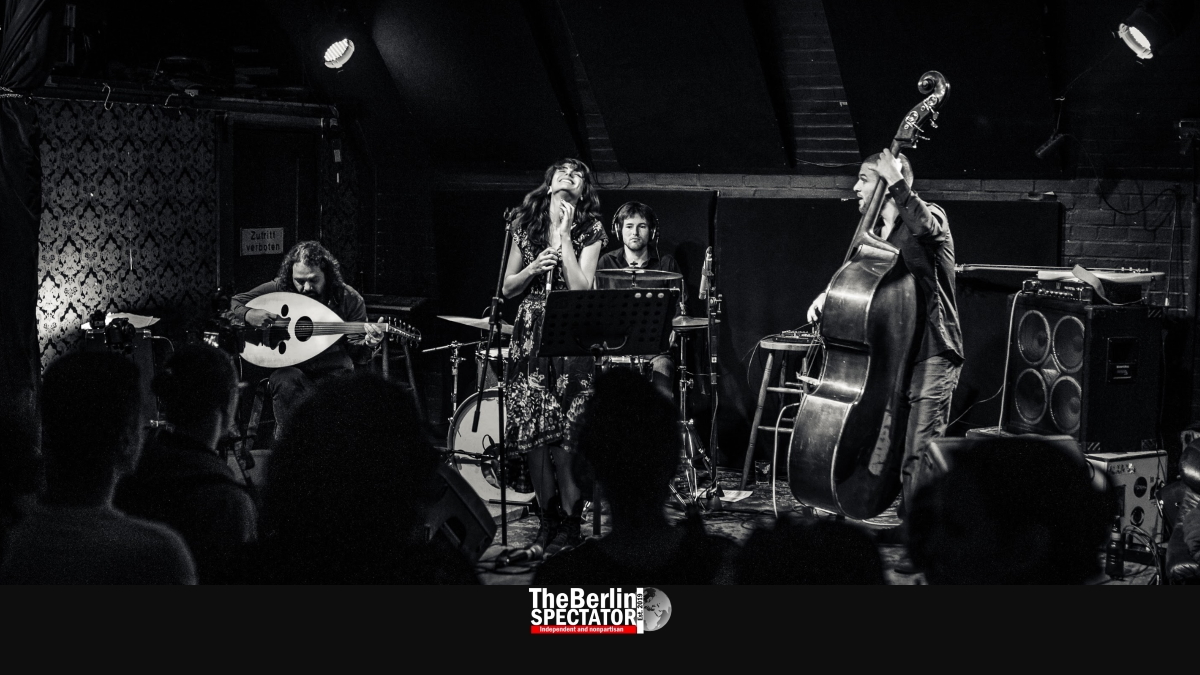 There are not too many concerts these days, because of Corona. But gigs like the ones the Kayan Project delivers have always been rare. The Berlin-based project is known for its unique blend of Middle Eastern music and songs sung in both Arabic and Hebrew.

Coming to Berlin was a decision the Israeli-Palestinian singer Eden Cami took for the music. The German capital, a melting pot half the size of Israel, what its number of inhabitants is concerned, would give her more opportunities in the music scene, she thought. And it looks like she was right.

First she founded the Kayan Duo, in which her singing was accompanied by a bassist. Later, the size of the endeavor doubled. It became the Kayan Project, an act that includes Israeli and Arab members. This alone is something fans of Middle Eastern music do not encounter every day. Besides, the languages Eden Cami sings in, namely Hebrew and Arabic, are usually not being mixed either.

Musically, Eden Cami and her Kayan Project deliver a special blend of sounds from the Arab world and Israel, the only predominantly Jewish state on the planet, which is being garnished with improvisation and modern elements. For instance, the upright bass even delivers sounds that resemble beats young Berliners remember from the city’s clubs, when they were still open.

Eden Cami’s unmistakable voice can be smooth and intense, depending on the tune and on the moods and intensity of song parts. Her vocals dominate the Kayan Project’s music. Video clips the group produced show that she also has a strong stage presence.

The Kayan project wants to “recall what unites us rather than what divides us”. Its members believe that “a daringly positive approach” is important “in times of tension and conflict”. Those times have not left the region some of these musicians come from since Israel was attacked by its Arab neighbors for the first time, right after its foundation, in 1948.

“I was born into these two cultures and decided to celebrate them in light of, and in spite of, the polarized conflict in the area where I originate from”, Eden Cami says. “So, maybe our message is: Let’s be equal, let’s be together. This could be a beautiful reality.”

The vocalist wants to use the music “to show the similarity between these two sister languages, Arabic and Hebrew.” Eden Cami says she wants the Kayan Project to show the beautiful sides of both cultures and languages. She wants her project to serve as “a reminder that we are all humans”.

Within the Kayan Project, and hopefully among its audiences, it is all about togetherness, as well as creating and experiencing music that unites people, no matter where they are from. By now, the group has a growing fan base in Berlin. Because of the danger posed by Corona, there have not been gigs for quite a while. But that is about to change.

Related articles (This piece continues below.)

The good news is that the Kayan Project is about to perform on Thursday, July 23rd, 2020, at 8:00 p.m. at the Ufa Fabrik‘s open air stage in the summer garden. Since the latter has a roof, the concert will take place even if it rains. Nothing will stop it, neither the weather, nor the Coronavirus or the hatred towards Jews in the Middle East.

Of course Corona rules apply at the venue. The Ufa Fabrik and the group will be adhering to the latest regulations the Berlin Senate approved, as well as to the Robert Koch Institute’s guidelines. Disinfectant will be available at the entrance and in the lavatories. Guests need to wear protective masks while they move around at the venue, but they may take them off when they take their seats. An appropriate distance between the seats members of different households use will be kept.

Note: This is the FB link to the event at Ufa Fabrik. The Kayan Project‘s website can be reached here.