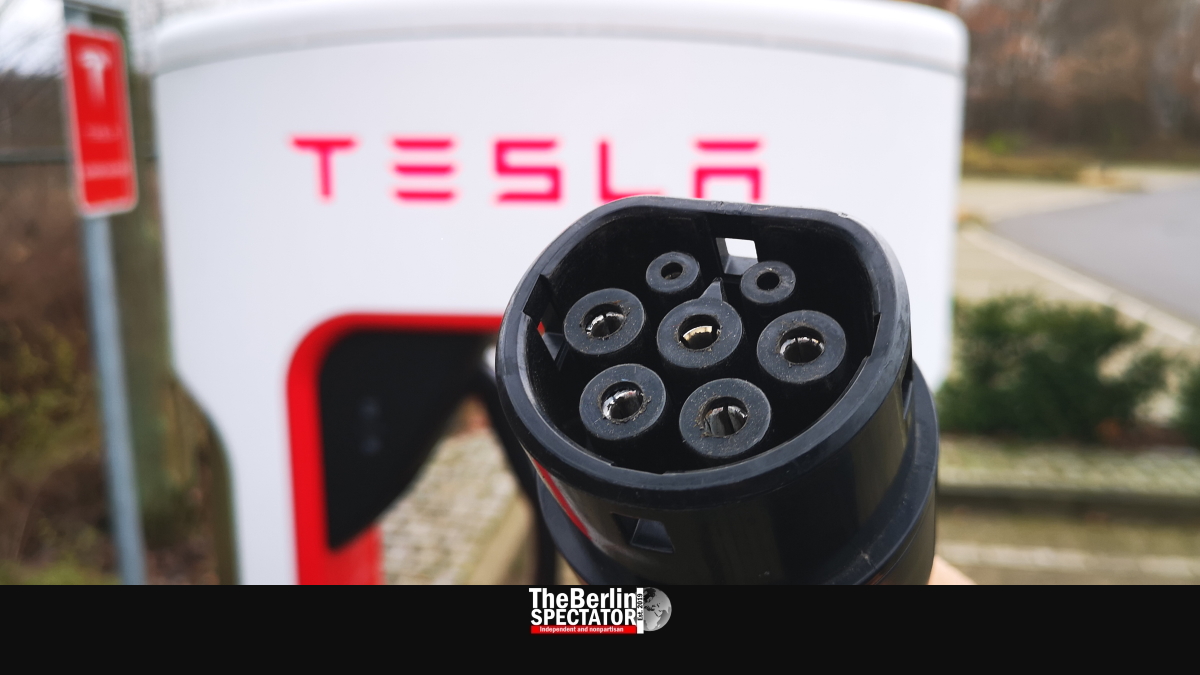 The Californian electric car manufacturer Tesla has revised the plans for its ‘Gigafactory’ in Grünheide, an industrial area just outside Berlin, in Brandenburg province. In a year from now, vehicles are supposed to be manufactured there.

Tesla is in a hurry. The Americans want to manufacture vehicles at a new factory on the grounds of a former pine tree plantation in Grünheide county, located to the south of Berlin, as soon as next year. They handed in a revised application for its construction again, one that covers environmental aspects too.

By March of 2021, in about nine months from now, the ‘Gigafactory’ is supposed to be ready to go. Another three to four months later, in July of 2021, in about a year from today, the production of vehicles will supposedly commence. It is a bold plan.

According to the documents Tesla has handed in, the construction will have a price tag of just over 1 billion Euro (1.1 billion U.S. Dollars or 0.9 billion Pounds Sterling). In three shifts with 2,100 employees each, Elon Musk’s company intends to work 24 hours per day. This information is part of a prognosis of the noise level expected around the factory.

Until September 3rd, 2020, Grünheide residents may hand in objections to Tesla’s plans, according to a procedure which is part of the German law. Hundreds of objections have already come in. In Grünheide county, a movement against the factory was formed. Its members have staged protests, both in the town of Grünheide and at the construction site.

But most politicians in charge, including the mayor of Grünheide and Brandenburg’s government, support the big endeavor. By preparing the premises already, before it has the final go-ahead by the German authorities, Tesla is taking a small risk. In case the construction plans will be rejected, which they most likely won’t, the company has to return the construction site to its original state.

While the supporters of Tesla’s huge project in Germany believe in electric mobility and see the creation of jobs as a great opportunity for the region, the opponents cite environmental issues, including a danger to the ground water. They also did not want the tree plantation to vanish. The opponents are trying to fight off members of the extremist right-wing party ‘AfD’ who are trying to use the protests to their advantage, according to one of the leaders of the movement.

Germany is known to be overly bureaucratic, in the sense that big endeavors like the Tesla ‘Gigafactory’ in Grünheide are being slowed down by all the laws and paperwork entrepreneurs and companies have to deal with. In order to facilitate things, the Brandenburg government created a Tesla Task Force last year. It is supposed to speed things up as much as possible.

According to the new application Tesla handed over to the Brandenburg authorities, the factory will use less water than anticipated. The original plan to produce batteries and synthetic material in Grünheide was scrapped. At the same time Tesla wants to cut more plantation trees because it needs more room.

The latter aspect is something some environmentalists do not like. But they are arguing about Tesla’s project in Brandenburg among themselves too. While members of the Greens on site are against the factory, Berlin’s Green Commerce Senator Ramona Pop is a supporter. She recently told her fellow party members in Grünheide, they did not have to be “against everything.”

Tesla’s foundry on site will have a bigger capacity than originally planned. The factory building will only be 15 meters (49 feet) high, instead of those 24 meters (79 feet) it was going to measure according to earlier documents. Officially, the capacity is now 100,000 cars per year, instead of the original 500,000. But Brandenburg’s government still believes the production will be increased to half a million at some point.

The latest plan involves a pillar foundation for the factory buildings, probably because the premises are sandy and there needs to be stability. This is the aspect the opponents are now complaining about. They are saying Tesla was working with legal tricks and that the pillar foundation had not been mentioned in the first application on purpose.

During the first part of the Corona crisis, in March, April and May, workers kept on preparing the area in Grünheide. The work was not paused. At its future German ‘Gigafactory’, Tesla intends to manufacture its Model Y. While Tesla’s German competitors did not take the American company too seriously at first, they are now afraid of it. German auto industry managers have called Tesla “the measure of all things.”