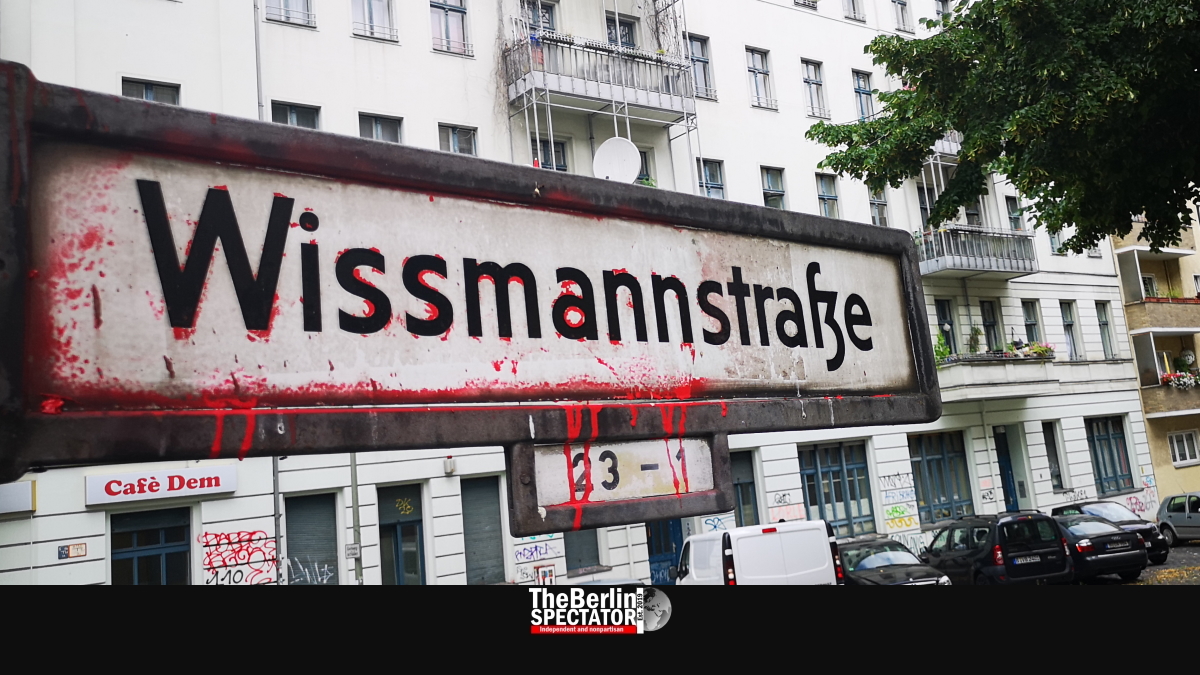 The discussion about changing street and station names in Berlin is not new, but the new racism debate triggered by the killing of George Floyd in Minnesota seems to be speeding things up. Two renamings are imminent.

Earlier this week, inhabitants of Wissmannstrasse in Berlin’s Neukölln district, including the author of these lines, received leaflets with interesting content. It included an announcement according to which “Wissmannstrasse will be renamed”. Residents are supposed to hand in suggestions for a new name.

The idea of renaming the street next to Hasenheide park is old. And there is a good reason: Hermann von Wissmann, whom the street was named after and who lived from 1853 to 1905, was the “colonial administrator” of ‘German East Africa’. His job title sounds good, but what he actually did does not.

He contributed to the colonization in ‘German East Africa’ by violently crushing the resistance in the area of today’s countries Tanzania, Burundi and Rwanda, meaning he was directly responsible for terrible massacres in the course of which thousands of people were killed. Von Wissmann is not the kind of person most residents in Wissmannstrasse want to be associated with.

Two years ago, in March of 2018, the assembly of district representatives in the neighborhood wanted to start a “discussion process” in regard to Wissmannstrasse. The body’s goal was to have the street renamed and to include its residents in the decision making. Then, in August of 2019, an official decision was taken. Two models were discussed:

>> A renaming
>> The installation of a plaque that would have explained who exactly von Wissmann was.

Residents did not agree with the second option, also because stone or iron plaques that weigh a lot cannot be stuck to letters or parcels which include the Wissmannstrasse address (German spelling: Wissmannstraße, with that weird letter ‘ß’). So, the name is not supposed to be explained, but vanish instead.

Now the district authority wants residents to suggest a new name. They want a preferably female person who has done good in Berlin’s Neukölln district, or a person who resisted the colonial powers “or other racist or colonial structures”, meaning a good person. Not only residents in Wissmannstrasse are eligible to make suggestions, but everyone in Neukölln, a multicultural borough with a large percentage of Arabs and Turks.

In Berlin, another renaming is imminent. On Friday, the city’s main public transport provider BVG announced, it would change the name of its ‘U-Bahn’ (metro, subway, tube, underground) station ‘Mohrenstrasse’ to ‘Glinkastrasse’. The reason: ‘Mohr’ in German stands for Moor.

According to the Cambridge Dictionary, Moor is the word for “a member of the group of Muslim people from North Africa who ruled Spain from 711 to 1492.” In German, it is mainly a derogatory word for a Black person. It is racist. Period.

“As an open-minded company and one of the largest employers in the German capital, the BVG rejects all forms of racism or other kinds of discrimination”, the state-owned company said. The station had carried that name too long. In Germany as well, the recent killing of George Floyd in Minnesota has triggered a new movement against racism, and a discussion that seems to be speeding up the renaming process.

There are people in Berlin who oppose the renaming, including the extremist right-wing ‘AfD‘s “public transport expert” Gunnar Lindemann. He said he could “only shake his head”. Instead of working on extending its network, the BVG was “following the zeitgeist” by “erasing a tradition-rich name, head over heels”. There was no better way of reminding everyone what the ‘AfD’ is being associated with by many Germans, namely racism.

‘Glinkastrasse’, another street right next to the station, is supposed to give the station its new name. The BVG mostly uses names that give its passengers geographical orientation. While the company can name its stations any way it wants, things are more complicated when it comes to streets.

What ‘Mohrenstrasse’, the street, is concerned: Many want it renamed right now. On the other hand, there is an organization called ‘Pro Mohrenstrasse’ that was founded by residents. While this racist name will disappear down there in subsoil regions, it could take years until Berlin gets rid of this racist name up there, on the surface.

Now it turns out Michail Iwanowitsch Glinka, a Russian composer ‘Glinkastrasse’ was named after, may have been an anti-Semite. This means both the station might need a renaming after the renaming. The BVG says, it was open to a different solution.