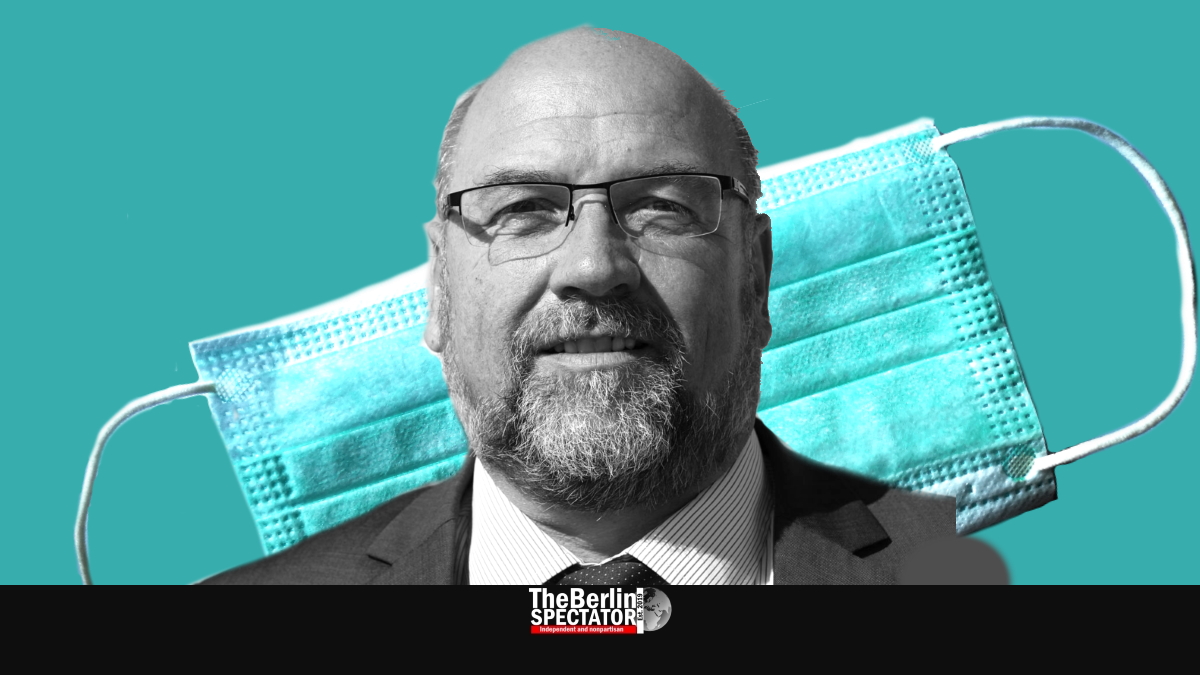 By suggesting the mandatory mask rule in shops and malls should be scrapped, the Commerce Minister of the federal state of Mecklenburg-Hither Pomerania, Harry Glawe, started a nationwide debate on Sunday. Many of his colleagues reject his idea.

Getting rid of mandatory masks in retail by early August is a step Minister Harry Glawe proposed in an interview with the ‘Welt am Sonntag’ weekly. He said as long as the infection numbers were low, he did not see any reason to stick to the mask rule in shops. Glawe announced talks on the matter with other federal states in northern Germany.

Reactions came in immediately. “Those masks are one of the most important instruments in the fight against the Coronavirus”, Karl Lauterbach, a Social Democratic MP, told the ‘Rheinische Post’ daily. He said lifting the rule would send the wrong signal.

“Without mandatory masks in retail, infected persons will contaminate the merchandise”, Lauterbach stated. Both customers and employees would be exposed and endangered by aerosols. Any state government that lifted the mask rule would “experiment with the health of people and increase the probability for a second Corona wave”, Lauterbach warned.

Stephan Weil, the First Minister of Lower Saxony, one of the northern states Glawe announced talks with, rejected the idea of “a premature end of the mandatory mask rule in retail.” With the Coronavirus, caution was important, he said in a statement. Germany should not be lulled into a false sense of security because of the low infection numbers in summer.

In Germany, the Corona situation seems to be under control at this stage. Local Coronavirus outbreaks in Gütersloh county, Göttingen and Berlin are being contained while the number of new infections remains low. On Monday morning, the overall number of Coronavirus cases in Germany stood at 197,523, but more than 181,700 persons who used to be infected are cured. Since the crisis began, 9,023 people have died from the respiratory disease the Coronavirus causes.

For the government of North Rhine-Westphalia, Germany’s largest federal state, a spokeslady said, in spite of the positive development of the infection numbers, the danger posed by the pandemic had not been averted. She was quoted by several German-language media. As long as there was no vaccination or medication, people would have to accept rules, including the one about masks in retail.

Germany’s Health Minister Jens Spahn jumped into the nationwide discussion as well. On Sunday, he tweeted he understood people were impatient and wanted normality. “But the virus is still here.” The mask was important in buildings, where the required distance could not always be kept.

Main photo by Olaf Kosinsky. Original photo was cropped and converted to black and white.