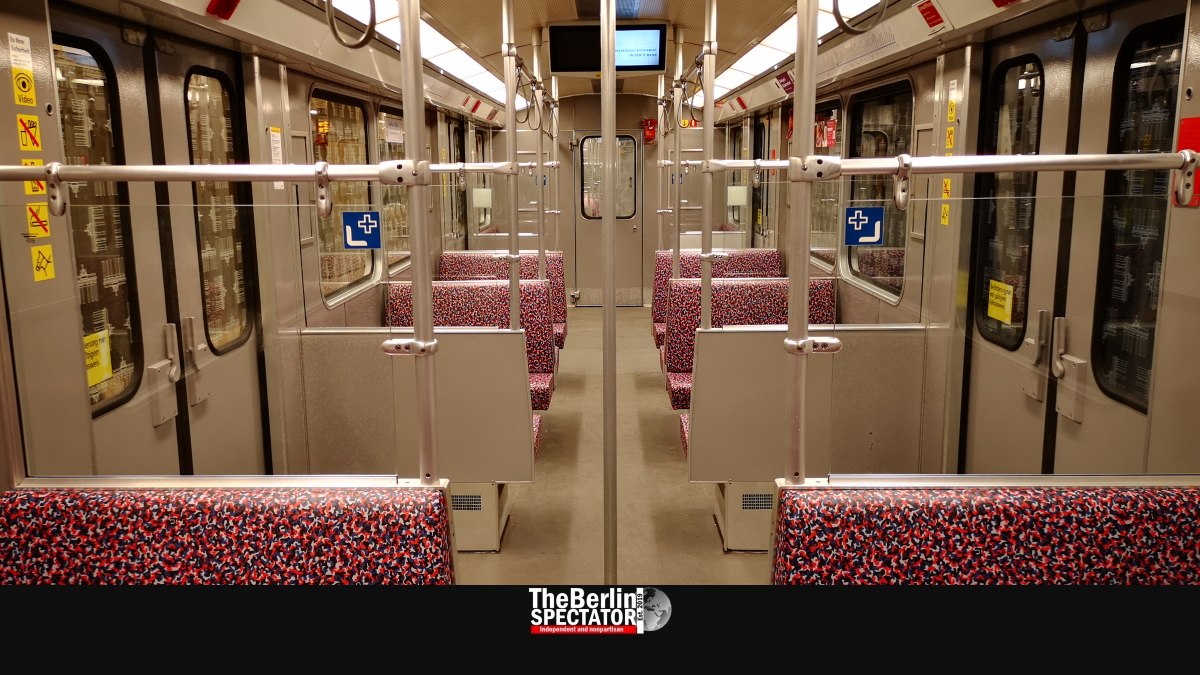 The Berlin Senate is drowning the BVG in money. But what looks like an exaggeration at first glance is actually not enough.

The BVG is facing several challenges. For instance, many ‘U-Bahn’ trains are falling apart because Berlin was trying to save money for too long. The tram network in the eastern part of the city needs to be extended. So does the ‘U-Bahn’. Hundreds of new employees are needed.

On top of it all, the conversion of the BVG’s bus fleet from Diesel to electric propulsion does cost money. Truckloads of it. This is about far more than just buying a few buses. First of all, electric buses are a lot more expensive than those which spread Diesel clouds.

Secondly, more of them are needed because their range is limited. While a Diesel bus just needs to be filled up once in order to run 700 kilometers (435 miles), electric ones have to be charged several times for that kind of distance. The charging takes time, meaning more buses are needed because half of them will be charging while others need to be moving.

The charging infrastructure electric buses need does cost a lot of money as well. Chargers are needed at the depots and at final stops. New depots are already being planned, and they do not come for free either. All of this means that the amount the Berlin Senate is investing here is definitely not exaggerated. The opposite might be the case.

But the BVG is not just going to sit there and count all the cash it is getting from Transport Senator Regine Günther. The state-owned company does have obligations it needs to fulfill. Those are part of a new public transport contract it is obliged to accept, meaning the BVG needs to deliver in many ways.

Most of the money, namely 12.7 billion Euro (14.3 billion Dollars or 11.4 billion Pounds), is not for extensions, new vehicles or charging stations. This amount is being needed to make sure the BVG is up and running. It also covers the compensation for free tickets the city state of Berlin provides to students, apprentices and handicapped persons.

A total of 4.3 billion Euro (4.85 billion Dollars or 3.86 billion Pounds), a big chunk of the total amount, were approved for construction and renovation projects. Only 2 billion Euro (2.26 billion Dollars or 1.8 billion Pounds) are being provided for the electric buses and their infrastructure. This does not seem to be nearly enough. It remains to be seen how far the BVG will get in this regard.

The Berlin Senate says it had almost tripled the yearly amount the BVG usually had for vehicles and the infrastructure. Especially the ‘U-Bahn’ and the tram network would benefit. That way the frequency of ‘U-Bahn’ trains could be tightened. The tram network is supposed to be extended by 40 percent.

Accessibility is another aspect with a price tag. From 2022, the BVG needs to make sure handicapped persons can reach the street level and the ‘U-Bahn’ stations even when its elevators fail. The latter happens all the time. For people in wheelchairs this means they can not use the station anymore.

There is yet another problem called Corona. Because of the pandemic, the BVG hardly had passengers in March and April, which means it did not sell tickets and that it lost even more money than it usually does. With the funds the Berlin Senate just approved, that issue was resolved.

Criticism from the CDU

A new task is part of the new contract too. Until now, the Berlin Police Department was responsible for checking whether all passengers adhered to the mandatory mask rule. From now own, the BVG’s ticket controllers have to do so.

Related article:
Berlin’s New ‘U-Bahn’ and the Light at the End of the Tunnel

The opposition is not too excited. A representative of the conservative CDU stated the Berlin Senate had not considered a necessary extension of the U-Bahn network. Therefore the contract was far from meeting the expectations. A passenger association said the BVG needed to be forced to become more punctual.

One thing is certain: In order to meet all challenges it is facing, the BVG would need far more than 19 billion Euro. But the amount will get the company going, for now.